Most people have the misconception that wearing a branded or a clean ironed dress is what matters the most. What they fail to realize is that footwear is an integral part of our self.

If you are not wearing the perfect matching pair of shoes with it, you will spoil the whole effect. The person standing in front of you will pay attention to your footwear so that he can understand the type of person you are.

The correct footwear is an expression of yourself and will always speak for you. Whether favourably or in unfavoured terms is dependent upon your choice.

A good pair of shoes is an additional advantage, and if it is from a reputed brand like Nike, then it is surely the icing on the cake. The world-renowned brand Nike was founded in the year 1964 by its founders Phil Knight and Bill Bowerman. It is associated with apparel, accessories, and sports equipment.

The American origin brand is known all over the world for its quality footwear, which is a hit with masses as well as a sportsperson. It deals with manufacturing, developing, designing, and marketing aspects of the business. Nike is the largest supplier in the world of apparel footwear.

It markets its products under its own as well as several other brand names. Nike is associated with luxurious footwear, and some of the most expensive sneakers are described below.

These are the 15 shoes ever made:

The list of sneakers ever made and figures mentioned below have been compiled from various sources around the web.

So, for all you crazies, this is a list of the 15 expensive shoes ever made. 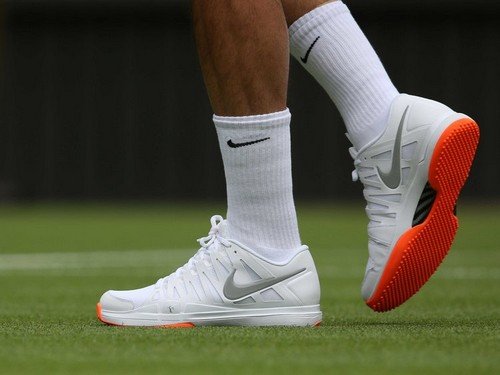 The stylish and unique pair guarantees maximum comfort to its wearer. Playing tennis is not easy, and you need the best quality to handle the court in an agile manner.

This is what the pair of shoes promises to do. The most expensive sneakers of the year 2019 are available in several outlooks, color, and style. Make your personal choice if you are willing to spend just 23 million dollars on a pair of shoes. 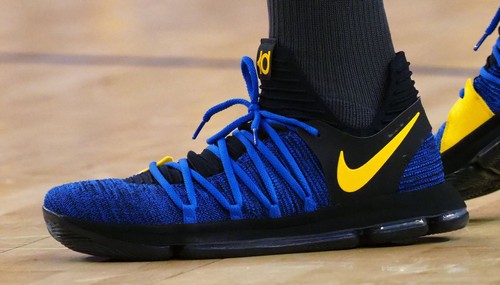 Kevin Durant is a basketball player who plays for Oklahoma City Thunder of NBA. Mike has made customized footwear for this amazing player, and these are available at the brand’s online site. These are running shoes and at a tag of 21 million US dollars, one of the most expensive sneakers in the world.

The Kevin Durant Nike Shoes are stylish and bold like its namesake. They are available in several colors. The buyer can choose his style and color per his wishes and personalize the product. 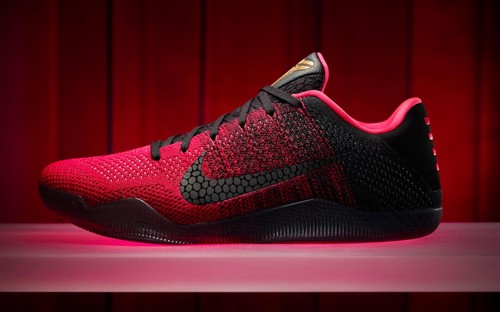 Kobe Bryant is a former professional basketball player who retired while playing for Los Angeles Lakers.

He was one of the most popular and most significant players of his times and had a long association with the brand Nike, who designed a particular line in his honor. At a price tag of 20 million dollars for each pair, they are one of the most expensive Nike Trainers of all times.

Kobe Bryant Nike Shoes look stunning and stylish because of funky appearance. These are very comfortable and can be customized as per the wishes of the buyer in terms of color. You can buy this most expensive Trainers from the brand’s online site. 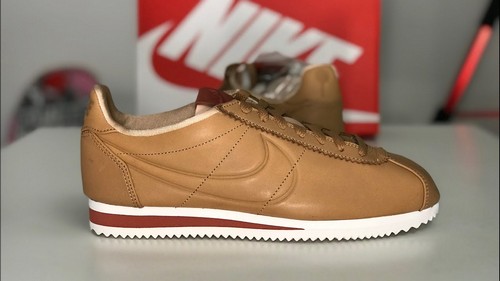 Maria Sharapova is one of the most famous and popular names in the tennis circuit. Nike has designed a comfortable pair in her honor. You can easily purchase the pair at the brand’s online stores.

Maria Sharapova Nike shoes are elegant and stylish like its namesake. At a price tag of 18 million US dollars, these are one of the most expensive sneakers in the world. The buyer can customize this comfortable pair in accordance with her wishes in terms of color and style. 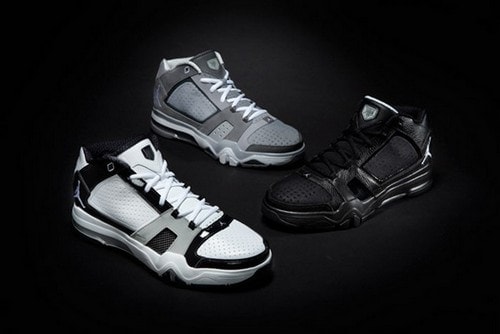 Who hasn’t heard about the famous baseball player Derek Jeter?  He played for New York Yankees and was a world-series champion. Nike has designed a specific pair for him, and it is available at online stores at a sum of 16 million US dollars.

It is one of the most expensive sneakers in the world. Derek Jeter Nike Shoes are very light and comfortable. You can customize it as per your preference in terms of style and color. 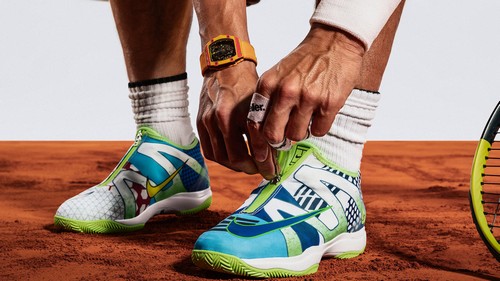 Rafael Nadal is one of the greatest tennis players of modern times. He is simply the best in clay courts. Nike, the most popular of the footwear brands, decided to honor this great player by designing a specific pair for him that represents the distinct personality of the player.

Rafael Nadal Nike Shoes are fashionable and comfortable. The brand has put its onus on both design and comfort. At a price tag of 15 million US dollars, it is one of the most expensive shoes in the world in the year 2019.

LeBron James is a prominent basketball player that currently plays for Los Angeles Lakers. He has represented the American national team in several events, for instance, the Olympic Games. The legendary player has had a fruitful relationship with Nike, who designed customized footwear in his name.

Lebron James Nike Shoes are one of the most beautifully designed pairs to date.  As usual, the brand has put its onus on comfort and luxury. At 12 million US dollars, it is one of the popular and most expensive Shoes in the world in the year 2019. 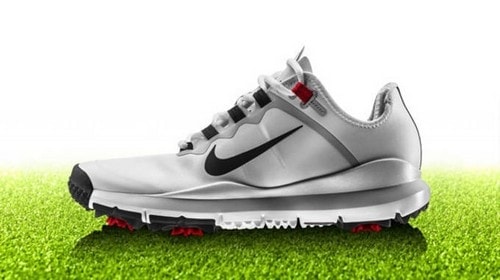 Everyone who loves sports is familiar with the legend Tiger Woods. He has been one of the highest earners in the field of Golf. Nike has been designing personalized shoes in his name for numerous years.

Tiger Woods Nike Shoes are available in several designs and colors. The buyer can customize a pair as per his own choice. This footwear is available in the brand’s online stores, and with a price tag of 10 million US dollars, it has been one of the most expensive Shoes in the world. 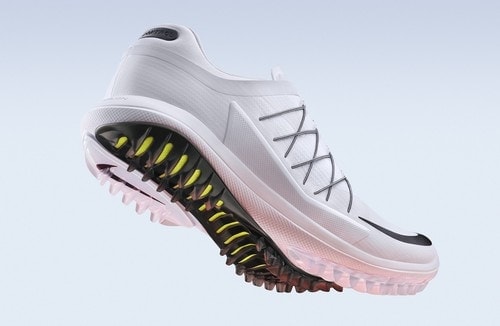 Rory Mcilroy is a major player and a champion of golf and the brand Nike has designed personalized footwear for this wonderful sportsperson.

At 6 million US dollars, Rory Mcilroy Nike Shoes are available in the brand’s online stores. It is one of the most expensive shoes of the year 2019 in this world. Great designing, wonderful colors, and special attention on comfort has made them a popular choice. 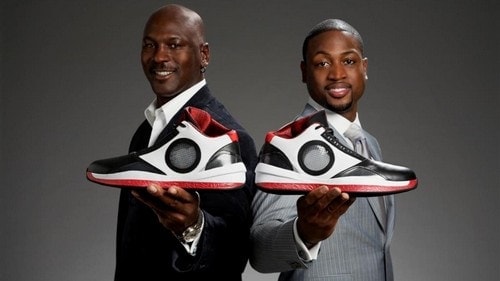 Michael Jordan has been one of the finest basketball players in the world. The brand Nike became associated with him to create something wonderful under the brand symbol.

Michael Jordan Nike Shoes are easily available on all its online stores in several colors and styles. At 4 million US dollars, it is one of the most expensive shoes in the world. 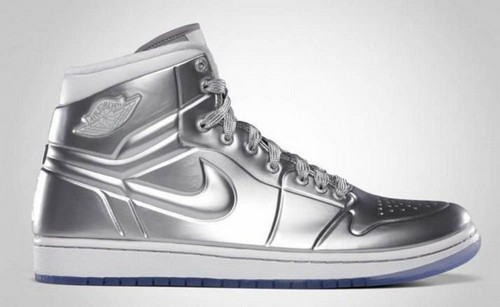 Air Jordan, the subsidiary brand of Nike, has launched several immensely popular footwear of its own since its conception in the year 1985. Air Jordan silver Shoes are considered vintage and rare amongst the collectors. At a price tag of 60,000 US dollars, it is the most expensive shoes in the world.

This particular pair is a rare one as it was signed by the great man Michael Jordan himself. Air Jordan Silver Shoes are unique and the most expensive shoes because the sneaker is made from sterling silver and is no lightweight. You cannot be comfortable wearing ten-pound shoes.

Yes, it is not meant for daily wear. This pair has been designed as a collector’s item and hence its popularity amongst them. 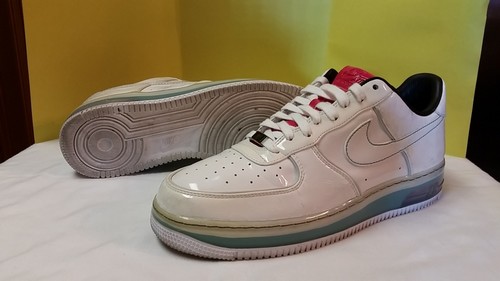 Nike So Cal Air Force 1 Supreme Max is one of the most expensive shoes at a price tag of 50,000 dollars. This is an iconic pair that was released in the year 1982 as athletic sneakers and soon became one of the most popular pair from the brand.

Meant as a fashion statement, it was a symbol of American culture. Soon it was associated with youth who were looking for something smart and trendy. The brand Nike has introduced nearly seventeen hundred variations of color with a bit of change here and there in the design.

Nike So Cal Air Force 1 Supreme Max is a one-off pair and one of the most expensive shoes. It was actually a joint collaboration between P&C Diamonds and Ernel Dawkins from Laced Up Atlanta. Premium leather was used to create this pair that had accented neon material and bright green laces.

Champagne Diamonds of 11 carats and gold accents were integrated to the footwear and presented to an Atlanta Rapper Big Boi, who was the first client to have the pair.

The most expensive shoes have integrated functionality, style, and fashion, all together to create a product that is envied by all. 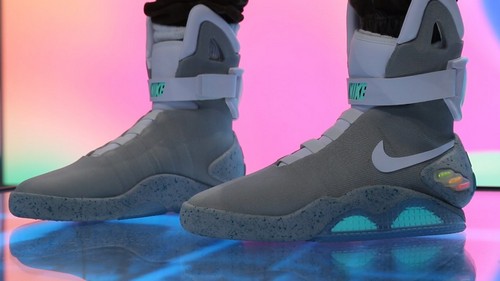 You will be surprised to know that the actual costing of a pair of this footwear is 10 dollars. Still, Nike Air Mag Back to the Future BTTF 2016 has managed to gain entry into the list of most expensive shoes in the world with a price tag of 26,000 US dollars. It was part of a limited edition series as the production was stopped at eighty-nine pairs.

The most expensive shoes are actually rechargeable sneakers that are available with a battery charger, anti-gravity magnetic case, and a commemorative pin.

The shoes have integrated LED panels that glow for nearly five hours from the in-built battery inside it. The light actually can glow for three thousand hours, and after that, the user will need to replace the battery.

Nike Air Mag Back to the Future BTTF 2016 was designed by the most popular footwear brand Nike, and it was a replica of the one worn in the movie Back to the Future II by Marty McFly. These were offered by Nike in the year 2016, and the first pair was for Michael J.

Fox the start of Back to the Future II. More pairs were released later on, and within a few days, the brand was able to raise a huge sum of money.  All the proceeds that the brand earned from this venture were later on donated to Michael J. Fox Foundation, which was involved in research on Parkinson’s disease. 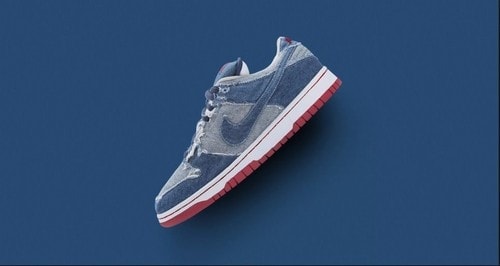 Nike Dunk Low SB Paris – 2002 was a limited edition series as only two hundred pair of shoes were manufactured by the brand. At 11,495 pounds it was one of the most expensive shoes in the world.

Nike Dunk Low SB Paris – 2002 were a pair of sneakers designed for the traveling art exhibition “White Dunk.” The shoes are considered unique because it depicts some of the artwork of Bernard Buffet, the French painter, in its graphic form. These most expensive shoes were sold only in a few specific stores in Paris, France. 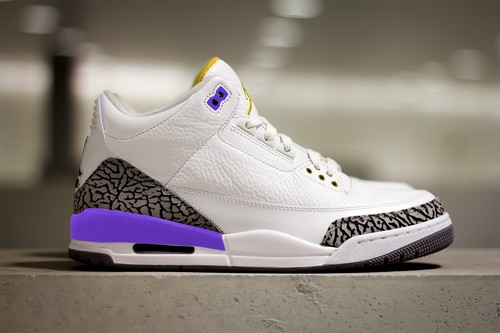 Air Jordan Kobe PE Retro Pack 8 Retro 3 – 2016 was worn by the popular basketball player Kobe Bryant during the NBA season in the year 2002-2003. Nike created this design to lure the player away from his endorsement deal to Nike.

Air Jordan Kobe PE Retro Pack 8 Retro 3 – 2016 was inspired by the Los Angeles Lakers colors. At 9,273 pounds it has found its way in the list of one of the most expensive shoes in the world. In the year 2016, some pairs were distributed to mark the retirement of the legendary player.

There are individuals who do not hesitate to pay astronomical sums for a pair of shoes. Nike is a global brand that is associated with footwear. It is a high-profile name, and its footwear is bound to be expensive. It has launched several collections that have become a hit.

Some of them have had staggering price tags but as people are ready to pay such astronomical sums the company is also willing to launch most expensive shoes so that it can garner huge publicity for its brand name and collect huge profit margins along the way.