These countries have a high level of economic growth as well as security. The general criteria for measuring the development of a state include per capita income, per capita gross domestic product, industrialization level, the standard of living of people, and the level of technology and infrastructure.

There are certain non-economic factors such as the likes of the Human Development Index, which also acts as a measure of the country’s progress.

They quantify the level of education, health, and literacy into one number. It can then be used to evaluate the economy and its degree of development.

Developed economies have a stable government, good governance, and substantial capital investment. The people within such countries enjoy a high standard of living and economic stability.

The social infrastructure is high, and the rate of inflation is favorable. The countries that have been able to meet these requirements are today known as the developed nations. In this post, we will be covering the top characteristics of Developed Countries that decide the sustainable and developed existence of a country on the global front.

This is often the common notion. But a developed nation is developed in all aspects including health, GDP or Gross Domestic Product, politics, Gross National Product or GNP, etc.

Human development Index, per capita income of people, and the standard of living of the citizens are also certain useful factors to take into consideration. When all such aspects are taken care off, and the economy is stably growing, only then can a country be designated as developed.

It is a measure introduced by the UN. This particular parameter is used to determine the extent of human development in a nation.

HDI is a measure put between 0 to 1- the higher it is- the more developed the economy is.

GDI and GNP usually give only the income and productivity of a nation.

HDI measures how this income has turned into social development standards like health or education.

Other factors that are also considered, such as availability of healthcare facilities, child mortality rate, access to quality education, the average number of years spent in school. HDI can also change according to the ability of the children to implement the knowledge gained in school in real-life situations.

All these factors and many more are useful in determining the HDI of a country. HDI is incorporating more in comparison to GDP or GNP. It is citizen-specific and more reliable.

Any developed country should have high education, literacy, and health levels.  When talking of HDI, we consider the following-

It is the average money that a person receives in a year within a particular region.

We calculate it by dividing total income in the given country by the total population that was last estimated.  Developed countries always have a high value of per capita income.

It is also indicative of high economic growth and a high standard of living. The Gross Domestic Product is sometimes used as a means to calculate the per capita income. In simple words; GDP is the final cost of the product manufactured in the country.

GDP and per capita income are primarily correlated.

Per capita income means how much revenue the people within a region are earning. If it is high, it would indicate that people have excellent living standards. Similarly, if the GDP is high, it means that the nation is developed and has stable economic growth.

Both are essential factors in determining the extent of growth that a country has experienced in a particular time frame.

Developed countries have high rates of employment and manufacturing.

As opposed to emerging economies that depend on agriculture, an improved economy depends on the industry. The larger the industrial setups, the better are the economic development.

Developed economies have modern technology. Not only this, all people within the country have access to excellent facilities and technical advancements.

Such countries have high manufacturing rates and more export than imports.

The higher export rate will bring in more profits and ensure that the economy is consistently growing. And this consistency will lead to increased industrialization. Hence, levels of manufacturing are a great determiner of a country’s development.

Political stability is a relatively new measure of a country’s development.

The World Bank initiated this factor. It acts as a useful parameter in determining the development of a nation.  Developed countries are politically stable have low to no corruption, and people have high respect for the country’s laws.

Good governance is a way of making sure that there is a right amount of transparency in public affairs, along with high employment rates. It makes sure that the level of corruption is low and ensures that the employee is solely based on proper qualification, eligibility, and ranking. Ensuring this will automatically provide a stable and robust government body.

The global governance index is measured between -2.5 and +2.15. A positive 2.5 is the highest rating any country may have. Higher the number more developed is the state. 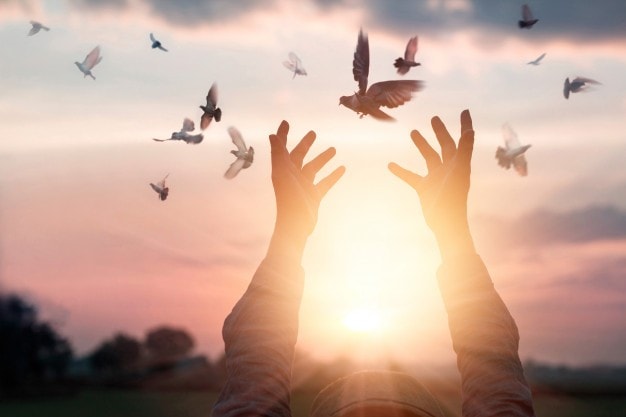 A developed country provides various forms of freedom to its citizens.

These forms of freedom are considered as the fundamental rights of the citizens. Hence, a developed nation respects and abides by these rights.

These fundamental rights include the right to worship, settle anywhere within the country, marry, own land or property, and gain access to information regarding the governmental policies, etc.

In less developed or developing nations, certain people are deprived of such fundamental rights. There are many restrictions on the people, and they aren’t allowed to do certain things out of their own free will. Depriving your people of such freedom can significantly affect the status of a country.

The people in developed nations have a high standard of living.

By rule of thumb, the people living in a developed country have a higher standard of living in comparison to those living in developing nations.

The reason is that a more massive chunk of the population has the financial stability to purchase quality goods and services with expensive rates.  It includes excellent health care, housing conditions, appropriate sanitation facilities, and access to education.  Other than this, there is a spirit of goodwill among people since they face little economic hardships.

Excellent living standards indicate that people are employed and earning. It also shows the level of participation of the population in the country’s development.  There is access to clean water as well as the environment.

People prefer using goods produced in one’s own country as opposed to exports. This aspect helps to determine how self-sufficient and independent a country is when it comes to sustaining its population.

This is perhaps the most common measure of an economy’s development.

As mentioned before, GDP is an essential determiner of a country’s rate of development. Unlike HDI, this factor is economy-oriented. Gross domestic product refers to the total value of goods and services produced within a country. Developed countries have a high GDP.

However, the gross domestic product doesn’t always signify a developed economy. There are countries like Qatar that have high GDP but are still considered to be growing. It is mainly because the major part of the population continues to face economic setbacks. 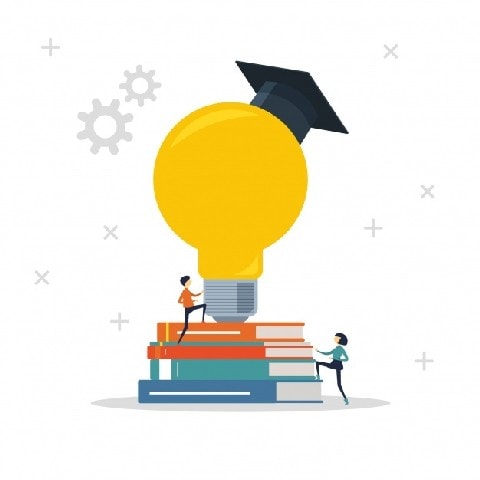 Developed nations make sure that all its citizens have access to a good education. There are a good number of children enrolling in school each year, and the standard of education is high.

There is excellent communication between the school and its students. The premise is well maintained and safe. The average number of years that the students spend in school in a country determines its level of education.

These two reasons mainly affect the quality of the upcoming citizenry. This problem does not occur in a developed nation.

It is the increase in creative input by the people. There are scientific and technical breakthroughs marking a good economy.

People within a developed economy have a more significant fraction of working in the service sector. This implies more lawyers, doctors, engineers, architects, and so on.

The service economy is a parameter that measures a nation’s overall output of services.

These services may include travel, restaurants, business services, software made available to the citizens. Developed countries focus on providing more of these services to this public.

The reason is that these services will ultimately lead to economic growth.

Providing high-quality products and services will lead to an increase in economic output.

11) The Role of The Government

The government in a developed economy is stable and well-founded.

The people are free to choose their leader and are happy with the prevailing societal norms. The role which the government plays has a lot to say about the kind of economy which exists.

In a developed economy, the government can maintain law and order.

The public infrastructure is good, whereas there is easy access to social facilities like health, education, and transport. The governance is stable, with little fluctuation in the political and social conditions.

12) The Role of the Household

A household includes the general public, which makes the population.

The role of the house is pronounced in a developed economy. People in developed countries contribute significantly to the country’s income.

The private sector is well established and flourishing.

There are industries and a large number of entrepreneurs. If the economy is not very capitalistic, then the service sector makes a large part of the economy. 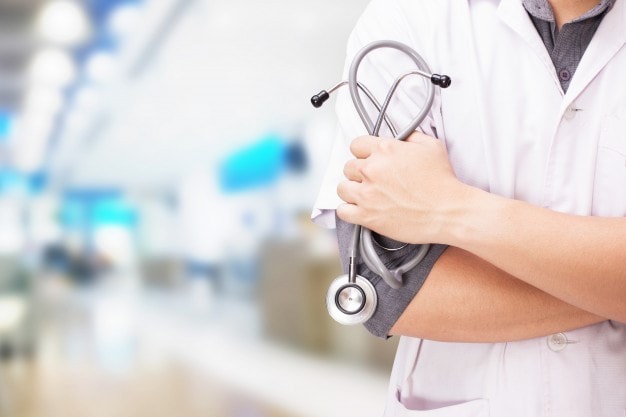 Efficient healthcare services, the introduction of vaccinations, developed medical facilities, etc. are important factors that affect the overall health of the population.

Accesses to modern medical facilities, free healthcare services, low under-5 mortality rates, etc. are the characteristics of a developed nation.

Contrary to this, in developing countries, a significant chunk of the population is deprived of free medical facilities. The infant mortality rate may be high, and the total fertility rate may be inconsistent.

In simple words, total fertility is defined as the average number of offspring born to a woman during her reproductive age.

In a hypothetical world where resources are unlimited, this rate can go up to 25-30 children. But in reality, the funds are limited. Hence, a country cannot afford to have a high total fertility rate.

Here, the concept of a more substantial or joint family is predominant. This creates pressure on the resources available. This leads to unequal distribution and degradation of resources.

We are wrapping it up!

A developed nation is the one that offers economic stability and a high standard of living to its citizens. The extent of development in a country directly depends on how its economic growth and stability.

There are various parameters used to determine the development of a nation.

These parameters include GDP, GNP, per capita income of the population, education, etc. Infant mortality rate, health services, and standard of living are other reliable factors to understand the growth of a nation.

Many countries today continue to face economic backwardness. This is primarily because of faulty governance and improper industrialization.

Population inflation is also one of the significant factors contributing to the economic backwardness of the nation. Deprivation of fundamental rights, unequal distribution of resources, lack of mandatory education, etc. are also responsible. The countries which have surpassed these issues have emerged as developed nations.

Most countries strive to be the best that they can. However, only a few can match up to the rising standards.

Did we miss any of the key characteristics of a developed country? Share your views with us in the comments.