The boom and bust cycle is a business cycle that covers alternating periods of growth and decline of an economy. In a boom period, the economy enjoys good growth that ultimately results in plentiful jobs and good returns from the stock market. While in the bust cycle, an economy faces the exact opposite of the boom cycle, which means shrunk economy, fewer jobs, a decrease in stock value, and a financial crisis.

All in all, boom-bust cycles are the repeated processes of economic expansion and contraction. It is an alternating economic cycle of high and low levels of economic activity. It is defined as a critical characteristic of capitalistic economies and is also known as the “Business Cycle.”

What is the Boom-and-Bust Cycle?

Definition: A boom and bust cycle is defined as a series of fluctuations capitalist economies go through in which repeated business cycle expansions and contractions occur.

This business cycle is associated with the alternating economic period of the growth cycle and then the depression cycle.

In the boom period, the economy is subject to positive and product changes that result in more job opportunities, and the market brings high returns to investors.

During the bust period of the cycle, the economy declines and shrinks. Because of this, unemployment rates rise as people lose their jobs, and investors lose money. Boom and Bust cycles can vary in terms of duration and severity.

Results of boom period are

Results of the bust period are

Business reports state that around 29 boom and bust cycles have occurred since 1929; these cycles occur in various economies and times. These cycles are commonly the result of the unplanned, spontaneous, and anarchic nature of capitalism.

The boom cycle promotes economic growth- employment rates are better, leading to a better growth rate. This falls into a bust phase when investors make too many investments at once, causing the value of these investments to decline. Central banks like federal reserve bank make monetary policy as per these business cycles.

History of Boom and Bust Cycles Since 1929

The Great Depression of 1929 is usually considered one of the most popular booms and bust cycles. However, in addition to that, there are so many such business cycles that have taken place since then, but there have been others since then.

As per an NBER (National Bureau of Economic Research) report, around 34 boom and bust cycles have occurred since 1854. 15 of these business cycles occurred after the Great Depression of 1929. The average length of the boom period has been around two years and three months, while on the other hand, the average length of the bust cycle has been one year and five months.

Also Read  Capitalism vs. Socialism - The differences between them

Let us have a look at all the U.S. Boom and Bust Cycles Since 1929 in the below given table-

Phases of the Boom and Bust Cycle

The Boom-and-Bust cycle can be categorized into four broad phases. These phases are the timeline of this cycle.

The end of the boom phase can be marked by the overheating of the economy and inflation. The growth rate, hence, grows to 4% or more for two or more consecutive quarters.

Phase 2: End of Boom or Peak

This phase is best defined as the inflection point; in this phase, the economy stops expanding. It marks the end of the boom phase and is also known as the Peak.

Stock prices are often choppy and unstable, and the Demand for housing lowers.

Lasting an average of merely 11 months, in this phase, the economy contracts, the unemployment rates rise to 7% or higher, and investment values decline. It is called a recession if this phase lasts for over three months. A stock market crash most commonly triggers it.

Several businesses announce cutbacks on payrolls in this phase, while some enterprises fail altogether and bankruptcies rise. A bear market often accompanies the bust phase, and housing and payroll suffer greatly.

Phase 4: End of Bust or Trough

The trough is when the economy begins to expand, and the decline period comes to an end. While the economy is no longer growing, it is not contracting either; it’s a phase identified as the start of a new boom period, which otherwise could have the economy fall into a stagnant period.

Protecting yourself from the Boom-Bust Cycle 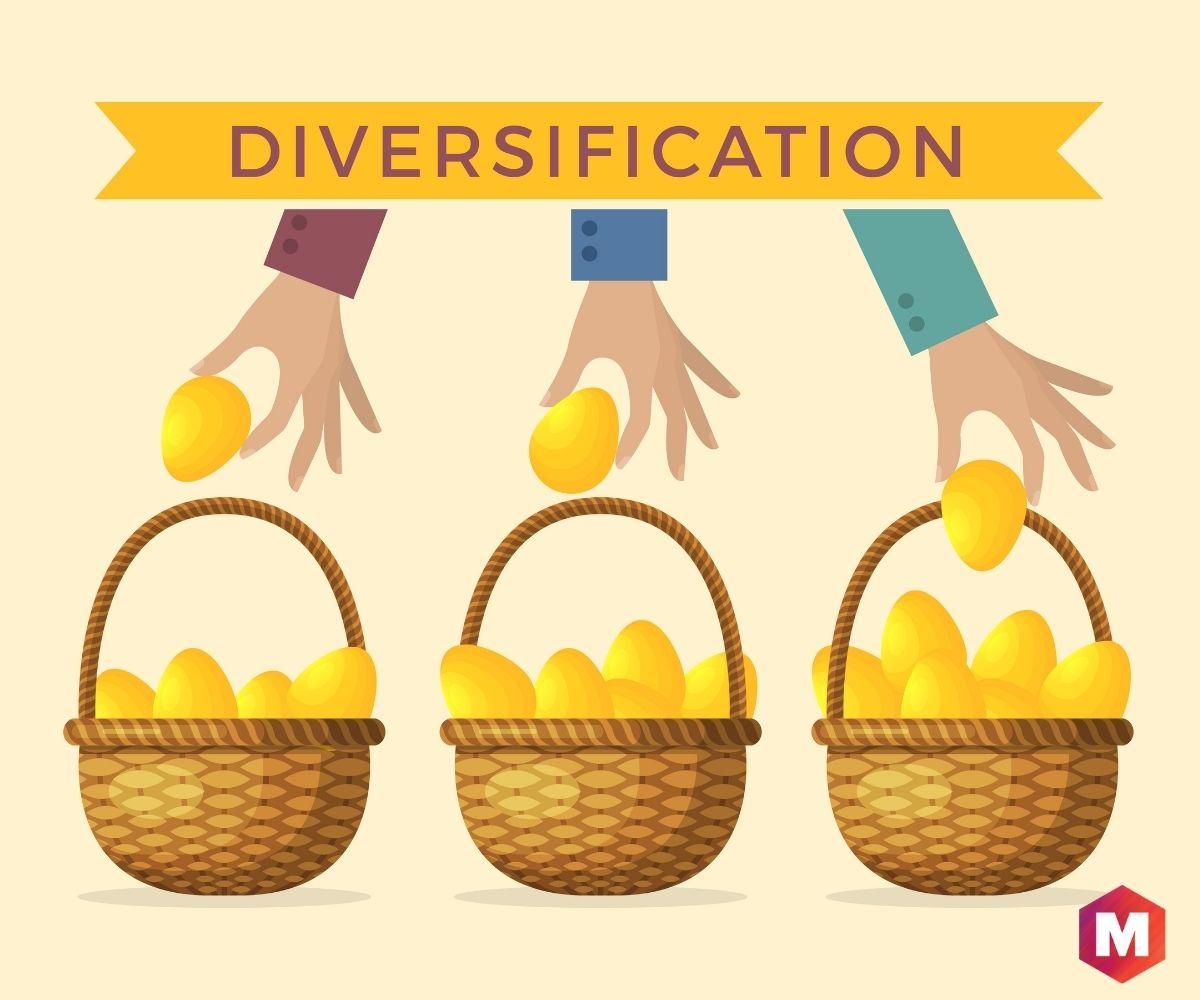 Being prepared for the boom-bust cycle will be useful in protecting you from the repercussion of a new cycle.

Also Read  What is Market Equilibrium?

No one can exactly know the exact timing of the next cycle, but in case the indicators are suggesting that a new cycle is approaching, you should be prepared financially. If you’re taking a long-term approach to invest, the best thing you can do is refuse to let your emotions drive your investment decisions.

Being involved in the process and doing emotional investing generally compels us to buy high and sell low while we all want to do the exact opposite.

You might avoid this emotional trap by changing your perspective like you can sale on stocks when you see the market is low. While guiding about the right way of making investment and being prepared for the next bust periods or boom cycle is, Warren Buffett says-

Due to its unpredictable nature, it is best to follow some basic precautions to protect yourself from a Boom-and-Bust process. These precautions are as follows:

This will provide you job security during the bust and trough phases.

You must have an obvious, more profound understanding of the cycle to know when to invest in a way it causes you maximum profit.

It is essential to track your finances and spend wisely.

There is no consistent, static timeline of a boom-and-bust cycle. It is largely spontaneous and unpredictable. However, a few economic indicators help to roughly determine the approach of a cycle.

One major sign of a bust approaching is when economic growth expands over the long-term rate. The healthy growth is 2-3%; if this rate increases, the economy corrects itself, leading to a bust.

Other indicators include high interest rates, a decrease in jobs in the manufacturing sector, lesser building permits, and falling stock market prices.

Similarly, a rise in these factors may suggest that the economy is picking up on a boom cycle again.

Causes of a Boom-and-Bust Cycle 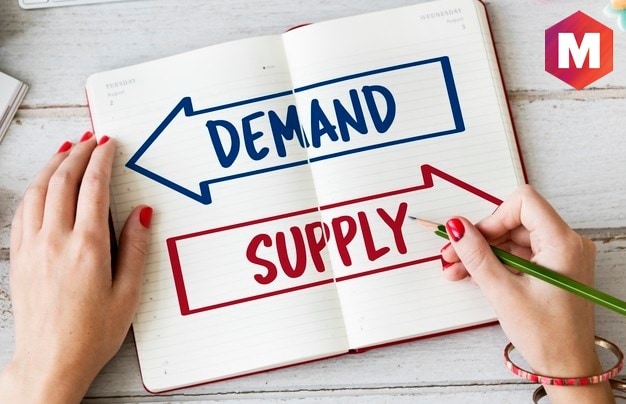 There exist a variety of reasons and theories explaining the occurrence of the business cycle. No one theory is a static explanation for the same; instead, it is a medley of several factors which lead to a business cycle.

An increasing or decreasing supply and demand can be the cause or the effect of a boom-and-bust cycle. With less Demand, the economy begins to contract.

More investment opportunities co-exist and arise in a period of economic expansion. With lower lending standards from banks, humans and businesses feel compelled to take advantage of these opportunities. Easy access to capital, hence, more opportunities and income to the banks.

After a while, when investments become risky, banks increase lending requirements and make capital harder to obtain to protect themselves.

Boom and Bust cycles are simply a significant part of an economy; their occurrence is only natural and inevitable. History is mere proof that while busts won’t last forever, neither will booms.

Keeping this in mind, it is only profitable for everyone to remain cautious of busts and avoid pitfalls.

How impactful do you consider the boom and bust cycle for financial markets? Share your opinion with us in the comment section below.