Behavioral Decision Theory (BDT) was first introduced by an American Psychologist, Mr. Edwards in the year 1954. It was pretty simple theory and was mostly dependent on consumer research and buying behavior. The theory soon became pretty prominent in the marketing field and is still followed by many numerous organizations around the world.

Why Is Studying A Consumer Behavior Important?

This theory also gives us basic information as to why marketing people consider consumer behavior as an important factor that is capable of deciding a consumer’s buying pattern which can ultimately decide fate of a product or service. Actually, the importance of consumer behavior in deciding whether or not to buy a product was recognized by the market researchers many years ago; however, its importance and validity rose exponentially only after it was theoretically expressed by Mr. Edwards in 1954.

According Mr. Edwards, there are various factors that play an important role in determining a consumer behavior which can influence his/her decision making process. And of these various factors, individual beliefs and values are of utmost importance.

As the theory states, the decision making behavior of a customer is largely contained by his or beliefs and values, organizations started analyzing very carefully and closely.  This was the time when BDT got elevated to the new heights as the companies started to adapt the theory to their advantage in an attempt to persuade consumers into buying their products by closely following their beliefs and values.

This theory was proposed in the production era and led to a dilemma in the minds of the organizations as to what kind of product a consumer may or may not like. They couldn’t really make out what exactly what was in the consumers mind and what kind of business strategies can make them create an interest among the target audience. 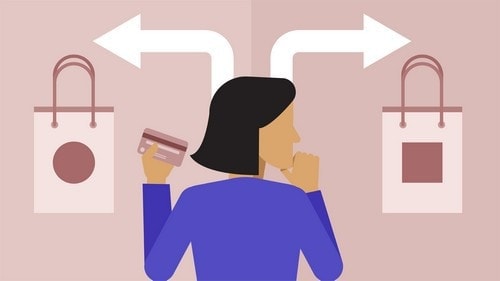 On the flipside, marketers who understood that beliefs and values are indeed the factors that determine the buying nature of an individual, they slowly started to plan marketing strategies which could influence these factors and help the consumers mind. Persuade him/her to buying into their product. They this was a slow process, and took about years to bring about the changes in the minds of the customers, the think tank could finally succeed in changing the buying decisions of the consumers.

Targeting the Dense Customer Base

Though this success can be largely attributed to the consumers of the new era, an era in which cultural beliefs and values are largely dominated by the new marketing strategies implemented by the smart marketers. However, the older customer base still remains to be in tact with the cultural base they have been associated with for years now and the implementation of new marketing strategies have seldom brought any changes in their buying behavior.

Help Customers Make Up Their Minds

The theory also states that, when there are too many alternatives available for a given product, customers tend to weigh the different proposals that come along with each of these products and take a decision depending on their preconceived notions. This again brings us back to the same fundamentals that Edward has proposed, ‘if you want consumers to buy your product from various other alternatives available, then it is entirely up to you to try and convince them of their beliefs and values and make them make up their mind, even before they buy it.’

Nevertheless, with most companies focusing on capturing the huge market base which is mostly held by the youth and middle aged consumers, age old marketing strategies have now slowed down and taken bake seat. This is the most important reason behind the unprecedented success of Behavioral Decision Theory. The way it has highlighted the importance of a customer’s beliefs and values and the need to influence them to be able to change their buying behavior is quite an achievement and this valuable finding of MR. Edward is regarded as the founding principle of the theory.