Orkut is no more, and at one time, it was the first social network to introduce socializing online in India. So much so, that every college student and elders were hooked on to it. Without Orkut, India would not have been introduced to social networking and neither would they be so crazy for Facebook. Orkut was the reason for introduction of social networking to India. So what marketing lessons have we loved from the introduction the closure of Orkut?

1) First movers can lose the advantage

Orkut had the first mover advantage. Hence the popularity of Orkut. At its prime, the website would have earned more than was expected from it, hence it was purchased by Google later on. But because of more innovative ideas and presentation, Facebook took over the social networking world by storm. So first movers do have their advantage, but the advantage can be lost by more effective competition.

2) Novelty does not last

Excitement prevails when things are new, but then the novelty does not last long. When Orkut was new, more and more users joined it every hour. However, the novelty soon wore off. At such a time, re invention of the product is almost mandatory. In fact, today people are joining social networking sites like ELLO, which is the simplest and most basic social networking ever. People are joining it because they are bored with the number of ads being shown on Facebook and they are bored because the novelty of Facebook has worn off. Thus, novelty does not last.

3) There will always be mischief maakers 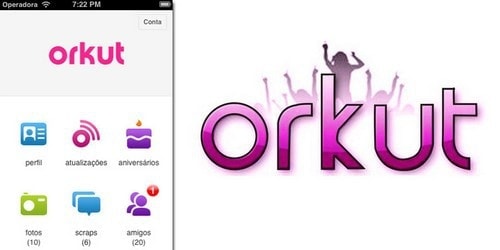 Spam was one of the major problems which Orkut faced. And more problematic was the fact that Orkut was not able to handle it much. Boys spamming girls, spam posts coming up on the site, people misusing their profiles, and many such issues led to the fall of the popularity of the site. The later social networks learnt from Orkut and modified their privacy norms, as well as security levels to join the social network. They also had anti spam filters and teams from the start of the social network.

4) If you have a website, your home page is important

Orkut learned this the hard way. Their home page was about the user and on logging in, the users profile was shown. But Facebook and Twitter both are different, because the home page is about other people. As soon as you log in, you see what others are doing. This small insight made a huge change. We do not log in to look at our profile. We log in to look at others and probably shout out to them and show your latest updates to them. Thus, on a website, the home page is most important.

This adds on to the above point that novelty does not last. Technology is ever changing, and with better coding, comes better and faster loading graphics, more developer options and more usability. Facebook used better coding, more scaleability, and grew much faster than Orkut because of its simplistic design, its privacy features and fantastic speed. Thus, an upgraded technology did help Facebook in making its mark.

Both Facebook and Twitter gave access to developers to make apps for the website, and it made all the changes possible. Games and apps were the major advantage of Facebook and the reason why Facebook expanded so fast. Twitter on the other hand encouraged people to join conversations and retweet anyone’s tweet within seconds. They soon became strong marketing tools, so much so that there are companies targeted towards social marketing. Thus, these social networks involved more people by thinking out of the box to get more audience, engage the audience and encourage them to converse. This plays a key role in the fast and changing online environment.

Do you think Facebook and Twitter will always last? No, it wont. Because the world is always changing and nothing is permanent. For example, in the product adoption process, early adopters keep discovering new stuff which is then taken up by others and later on even left by laggards. Thus, this change is imminent. People who like to try new things, will keep discovering new things and making them popular. The trend always changes.

So, unfortunately, the trend has changed and Orkut is no more the fresh, and engaging social network it once was. Some people still love Orkut for what it was, whereas others have left it far behind. In any ways, we thank Orkut for introducing social networks in India and for leaving the world a better place.