Growth is an important component of personal and professional life as everyone is on the look-out to find ways and means so that he can increase his growth percentage over the years. It can be both positive and negative. Who does not want to show a positive growth percentage in his books?

Business investors keep an eagle eye on the monthly, quarterly, and half-yearly calculations so that they can make viable changes, and these can result in good growth percentage at the end of the year. It’s important to calculate growth percentage as you need a measure to compare growth as against the previous period. A standalone number can’t do that. Remember, Investors, seek organizations that have been showing a steady rise in growth percentage.

Understanding concepts like growth rate and growth percentage help us in having a better picture of our surroundings. If you need to keep track of your growth, you can do so by maintaining a monthly growth percentage.

Suppose you have a blog and the visitors at the initial stage were 1000. At the end of the month, you have 1200 visitors.

You can convert it to the percentage to know that there has been an increase of 20% to your site. This is a great percentage change for someone who has started.

When you keep on tracking the results every month, it will keep you on your toes and help you to understand the changes you need to make regularly.

What is Growth Percentage 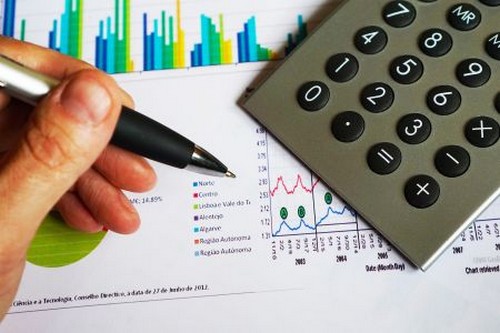 The growth rate is the average change that occurs every month or year across a particular period. We measure growth in terms of percentage, and it is calculated by AAGR or Annual Average Growth Rate and CAGR that is Compound Average Growth Rate.

How to calculate Growth Percentage

Calculating growth percentage may sound intimidating if you are not aware of the process. Do not worry this mathematical procedure is simple and easy to use. Once you are aware of the equation, it is simply a matter of putting the correct figures on the spot.

You just need the past growth figures and the present ones at your fingertips to calculate the basic growth rate. Suppose a business entity was worth Rs 10000 at the initial stage and the current scene at 25000 then to calculate growth rate you will be using the formula

You need to insert the given figures

It means that the present value is much bigger than the previous one, and this is called the Growth percentage increase. If the value was less, then it would have been a Growth Percentage Decrease.

Both of them are considered powerful tools to foresee the growth percentage over several periods. 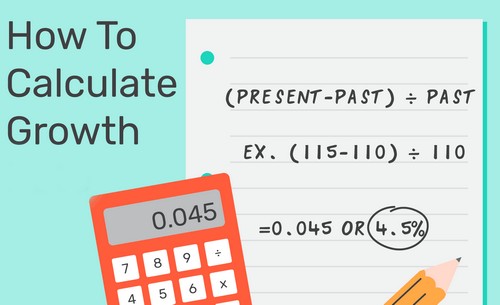 The average increase over some time is known as Average Annual Growth Rate or AAGR as it is a measuring metric for a constant period. To find the Percentage Growth Rate, the formula is

Average Annual Growth Rate is the rise in your investment over some time as it estimates the average growth rate over a constant period.

Similarly for the second year is

Similarly, percentage growth for the third year is

The Average Annual Growth Rate or AAGR is 30.56%

Let me explain it with the help of an example, Suppose Shyam invested Rs 50000 for four years, and at the end of the given period the investment was Rs 200000. To calculate CAGR, we need to place all the figures in the formula

The Compound Average Growth Rate or CAGR is at 41%

Year-Over-Year Growth calculation is used to compare the statistics involving one particular period to the same one the previous year. It can be for a month, a quarter, half-yearly or annually. The year-over-year rate calculates the growth percentage change during the past year.

Growth percentage is a powerful tool that helps you in keeping a vigilant eye on the happenings of your business throughout the year.

Remember Growth Rate helps to measure the expansion or recession of a company, and hence, it is one of such importance.

If an investor is looking for new investments, he will first look at the Growth Percentage of the company as it will give him a fair idea about the growth and prosperity of the organization during the interim years.