Intel corporation has been one of the most successful companies in microprocessors for the last 2 decades. And the popularity of Intel is rising even further. Intel has introduced fantastic products like the Intel pentium processor as well as its latest I3 and I5 series, which have managed to capture the processor market as well as retain it for Intel to date. Intel corporation has the dominance when it comes to microprocessors and motherboards. Although there are other competitors in the market, none have managed to take away the mammoth market share of Intel. So what makes Intel corporation such a successful company? We have three reasons for the success of Intel corporation.

There is no doubt that most products passed by the R&D labs of Intel corporation have been fantastic. This proves serious attention to quality control. The Intel pentium series was the series which really made Intel a behemoth of the microprocessor industry. This was because the performance of the pentium series was beyond comparison and at the same time, the marketing team was running on full engines for Intel corp. This resulted in generation of word of mouth, good margins for selling the products, as well as the trust of the sellers and the buyers on the product. Thus, the products and the accompanying reliability on the products are the core reason for the success of Intel corporation.

2) Reaching out to the masses

It is a known fact and most marketers know it – marketing a technical product, or a product which cannot be seen by the customer, is really difficult. It was even more difficult in the selling age of 1990’s and 2000’s. So kudos to the marketing team at Intel who started the mass marketing of Intel and made it a household name. Today, even people who do not have much to do with computers, know that Intel is the processor they want to have.

This is because of consistent and resilient efforts of the marketing and branding team at Intel corporation who have paid continuous attention to details like packaging, point of purchase advertising and most importantly, the correct trade discounts to rope in the distributors and dealers. Intel really appeals to the geeky and the nerdy which is its plus point. Coupled with its massive distribution channel, and its branding and marketing moves, Intel corporation has managed to penetrate the market much better than any other organization. 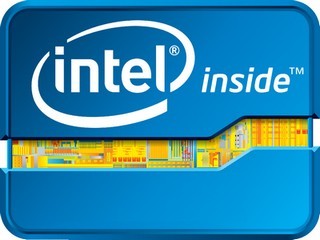 Probably one of the longest running and smartest advertising tactics is the one employed by Intel. Intel, looking at its brand pull and its quality of products has tied up with all the major manufacturers of desktop and laptop computers. The microprocessors are mostly being provided by Intel. What this does is, it reinforces the brand image in the eyes of the consumer. If these top companies are ready to tie up with Intel, than the product must definitely be good.

The smart marketing tactic is, that before or after every ad of Dell or HP or other manufacturers, a small clip plays which says “INTEL INSIDE”. This small clip has done the magic for Intel corporation. Intel does not need to run TV commercials. All it needs to do is hammer its presence via the INTEL INSIDE logo after every ad. In fact, now the packaging, the companies various marketing channels and even the CPU mentions “INTEL INSIDE” which is a reassurance to the customer proving that he made the right decision towards buying the product. Thus, the two words “INTEL INSIDE” are one of the strongest brand builder for Intel corporation, a brand element which has not been replicated successfully by any other company to date.

We can discuss that pricing is also the key element for the success of Intel corporation, but there are other processors like AMD which are better in pricing but do not have the brand pull of Intel corporation. At the same time, the word of mouth and the R&D of Intel is so high, that the customers have stayed loyal to the brand over the years. When you are buying a new Desktop or a Laptop, you will most probably think of having Intel as the motherboard as well as the processor. We hope Intel corporation keeps inventing even better products in the coming years so that we have an opportunity to have faster and more scale-able computers.

Also Read  Why Bugatti Veyron has entered the Indian market?