Home » Economics » What is Market Equilibrium?

Thus Market Equilibrium is a condition where the amount of goods produced by sellers is equal to the number of goods sought by buyers. This market is in the state of complete equilibrium. When the demand and supply are equal, the price tends to remain constant and does not get influenced by external conditions and the market is said to be in equilibrium.

There could be three causes of Market Equilibrium

There are two major types of Market Equilibrium :

Both these are studied to determine the overall equilibrium of the economy and there is a dependency of one on the other. While partial equilibrium is the starting of the determination and the analysis, General equilibrium is a step ahead.

Here the equilibrium is viewed partially or rather only of a single entity, a company or an individual. A variable is always a single unit which may be a company, industry or customer. This type of equilibrium is based on a selective or partial range of data. This kind of analysis is done only for a specific sector of the economy. This method acts as inception for General Equilibrium and is helpful in predicting changes in economic factors.

As the name suggests, this deals with the overall variables as opposed to the Partial Equilibrium which deals with single entities or units. This considers all the single units as one single big entity. Being more extensive in nature than Partial Equilibrium, it follows the partial equilibrium owing to the nature of information collected. This equilibrium is useful in defining the entire economy and understand the problems of the market as a whole. It determines the interrelationships between different parts or entities of an economy. 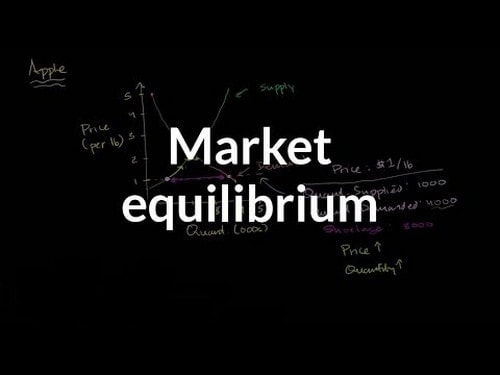