The definition of market efficiency

The term market efficiency is used to refer to the degree to which the information is made available so that the buyers, as well as the sellers, could get maximum opportunity to do the transaction that too with the minimum transaction cost.

Understanding The Concept Of Market Efficiency

It indicates the ability of the market to be able to incorporate data which provides the most opportunity to both the two parties who are the buyers and the sellers.  Thus in such cases markets become so efficient that there is no other competition to it.

There is left no way to beat the market due to the unavailability of the under and the overvalued security.  The term market efficiency was first used in the year 1970. It was used by a very well known economist Eugene Fama, who published a theory paper of the name ‘Efficient Market Hypothesis’ (EHF).

This theory was then widely accepted at that time, and it also led to Eugene winning the Nobel Prize for this. Now those people who are investors often are more inclined towards buying an index fund. This index fund then helps in tracking the performance of the market measured on an overall basis.

Also, these index funds are known to be as the proponents of that portfolio management which are generally passive.

Thus in general one can say that the ability of the merit to provide relevant information can be obtained from the market efficiency. This way both the sellers and the buyers, who have got securities, get an ample amount of opportunity to do the transactions.

Also, they can proceed with the transactions without even increasing the cost of the sale. Many of the people believe that the US stock market is quite efficient as they fulfill all of those criteria which are necessary for an efficient market.

Also according to the EMH, the investors do not have the advantage of predicting the return they will get on a stock price. This is because in the market no one in the market can get access to the information or the relevant data which is not already availed to all the other people.

The market efficiency is classified into three degrees. These are the first degree, the second degree, and the third degree.

An Example Of Market Efficiency 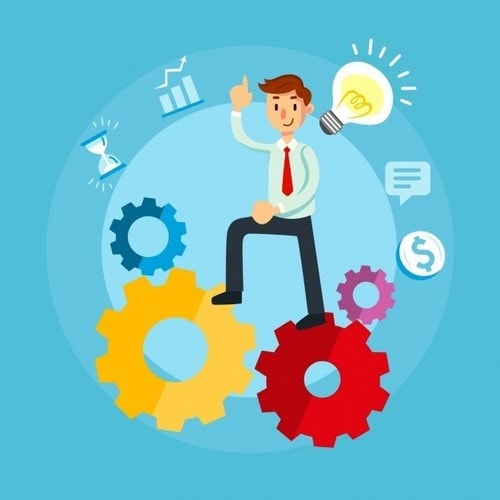 The market efficiency refers to that particular situation of a market in which the market price can be estimated as an unbiased form of the actual value which is in the investment.  Thus for a market to be efficient, it is not at all necessary that the market price is equal to the true value.  And this is true at every point of time.

Thus for an efficient market, it is required that all the errors in the market price should be unbiased. Here this price can be either higher than or less than the true value of that was at the time of the investment.

Now since there is a deviation from the true value of any product, there are likely chances that either the value of stocks is undervalued or they are overvalued.  Also, these deviations are often co-related with any of the other variables that are observable. For example- In an efficient market, it is seen that those stock that has a lower value of PE ratios are most often less likely to be undervalued as compared to those stocks that have high PE ratios.

Also, one thing to note is that most of the times the deviation from the correct value for a market price is usually random. Thus none of the investors can find the undervalued or the overvalued stocks consistently.

Now market efficiency strongly proclaims that is not possible to remain consistent in terms of outperforming the market. And this scenario becomes strong special in the short term of duration or especially less amount of time.

This is because in such a short period it becomes impossible to predict the stock market prices.  Now to understand this with a simple example let consider a scenario. In general, market efficiency is divided into two different categories. One is the strong form of efficiency, and the other one is weak from efficiency.

Now while the strong form of the market depicts that any information which may be either public or private will in many ways benefit the investor to the analyst, this is because many a time it has been seen that even the inside information is shown in the stock prices that are going on currently. The other one is that was a form of efficiency in which any of the public information will not benefit the investor or the analyst of the undervalued securities.

This is so because, in most of these cases, the market automatically incorporates the information to the stocks.

What Are The Necessary Conditions For Market Efficiency?

These factors include the investors’ actions, the extent to which the bargaining is done, bringing out new schemes in the market, etc together make a market efficient.

1) To beat the market, the market inefficiency should provide the basis for a scheme, and then the return would be in excess. Now there are again specific criteria’s that make this happen-

2) Also, there should be investors who contribute to maximizing the profit-

Thus if these necessary conditions are fulfilled, then the market becomes an efficient market.

What Is The Importance Of Market Efficiency? 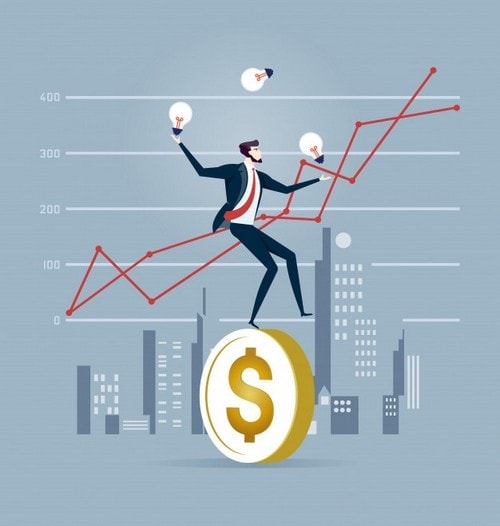 One of the most direct approaches of achieving the marketing efficiency is that none of the investors, no matter which group they belong to, will be able to beat the market at a consistent level by using a strategy that is common to all.

Also, another important aspect of the market efficiency is that if a market is efficient, then it can easily carry implications which are harmful to several investment strategies and various other actions which are mostly taken for granted. Also, another importance of the market efficacy is that, if the market is efficient enough then both the equity research as well as the valuation, both would tasks that will be costly and will also provide no benefits.

Here the probability of getting an undervalued stock is random.  Thus the benefits that are received from the information collection, as well as the equity research, would automatically cover the cost of the research.

Also, it is seen that if the market is efficient then, the strategy that is used to randomly diversify the stocks or indexes to the market by either carrying little or no information at all is always considered to be superior over all other strategies which end up creating information as well as the execution cost.

Thus no value would be added by the portfolio am anger and the investment strategist. Also, an efficient market once can use one of the strategies which will help them in minimizing the trade.

This means that by merely creating a portfolio and not indulging in the trade until or unless the cash needed is always considered superior to that strategy in which frequent trading is required.

Thus, market efficiency depicts the capability of the markets to gather data that will provide maximum opportunity to both the seller and the purchaser.