Have you been noticing the frequent use of Hashtags on the web. You must be curious to know how a simple sign or symbol got such prominence?

What are Hashtags and how to use them? Hashtags are used for categorizing content on different Social Media Platforms into simply navigable lists.

It won’t be such a difficult thing to know that most people these days have a certain kind of familiarity associated with the idea of ‘Hashtags.’ However, just knowing about the concept is not enough as understanding it in complete detail.

So, it is essential to make people understand what it is and what it means for the people. Also, they need to have a proper idea of how to use these Hashtags in the first place. This is exactly what we are going to do in here.

From an owner, these Hashtags are simply used to categorize the content and make the discovery of related and new articles simpler for the people.

So, when Hashtags are not used in the proper way that they should be, people often have to go through the trouble of sorting through irrelevant content so that they can find the meaningful thing that they are looking for.

Of course, you wouldn’t want to have that kind of user experience for your visitors, right? Apart from that, Hashtags can often lead to worse user engagement. 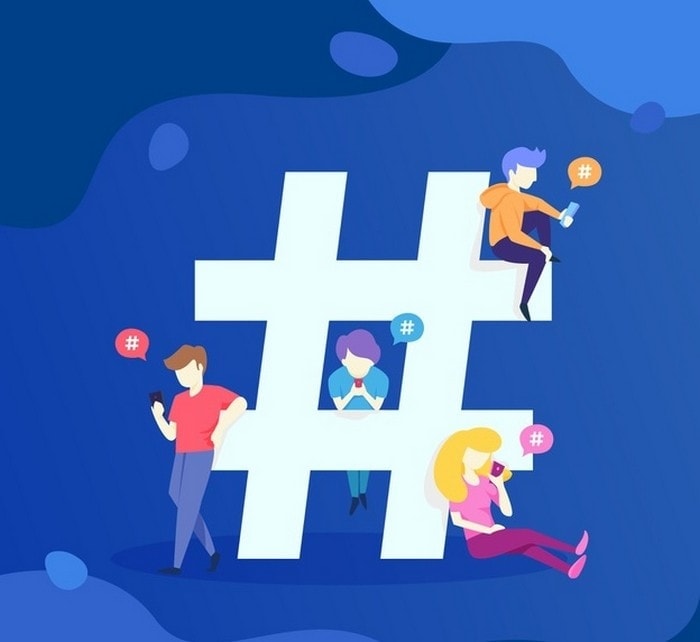 We will start with the simple definition of the term hashtag in here. This phrase or word generally means that a particularly interesting topic or keyword here is used in a particular message which will further facilitate the search for the particular keyword.

After the user would add a particular hashtag to the post that he makes, this message will be easily indexed with the help of the social network, and then it becomes simply searchable for the people who are using this particular network for the best of the results.

After the users would type in this keyword, they will be directed to the pages that use the same type of Hashtags and that too in the real-time.

Whenever there is a particular keyword that is gaining the momentum out there, then it will be termed as a trending hashtag. The trending thing doesn’t mean that it will become the most popular one. But then these trending Hashtags are pretty unique and are created based on the interests, connections, and locations.

History of Hashtags – Where Exactly Did Hashtags Come from

When it comes to providing a particular credit to one person who was responsible for the creation of the hashtag, then there is just one thing that we can say. The credit all goes to Chris Messina.

The person is the former employee in Google and has been working as a developer of relations and a designer of Google+ for a very long time.

He made his tweet and then used the hashtag first in the year 2017, and ever since then, it has been a practice that people always tend to go for. So, this is all that you need to know about the first time hashtag was used.

On Twitter, these Hashtags are used for connecting the conversations of different sorts of users into a single stream. So, to connect similar topics and make them a trend on Twitter, it is advised to use Hashtags. 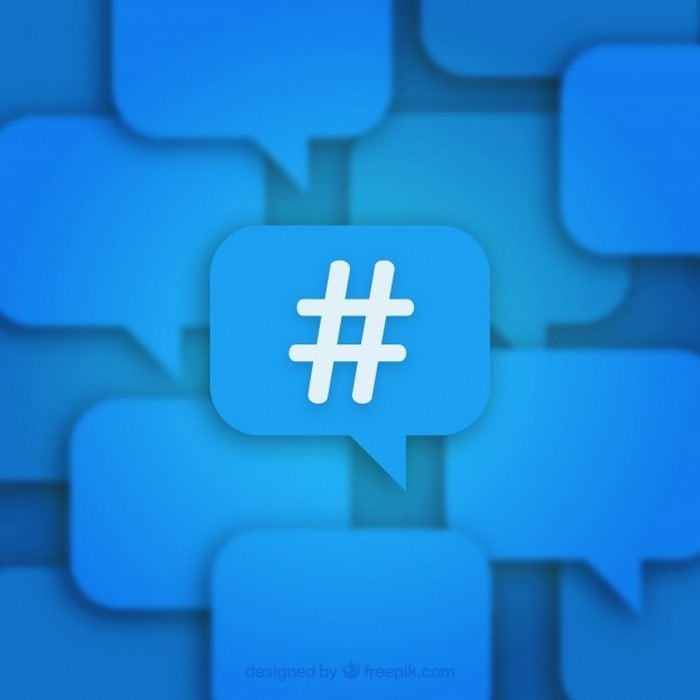 Hashtags on Facebook are not as public as they are on Twitter. But if you want to target more audiences on Facebook via your Hashtag, your post must be public. Here again, Hashtags are used for widening your reach and connecting with more people sharing an interest with your topic.

Hashtags on Facebook are used for connecting and converting more audiences. It is preferably done by brands, influencers, and publishers.

If you want to tie conversations of different users in one stream, you can use Hashtags on Instagram. So, Hashtags are going to offer similar sorts of benefits to Instagram users as well as they offer to Twitter and Facebook users.

People, brands, and influencers talking about similar topics using the same Hashtags will let their posts appear in the same stream. In case you want to participate in any conversation or start your conversation, you can opt for Hashtags on Instagram.

How to Use These Hashtags 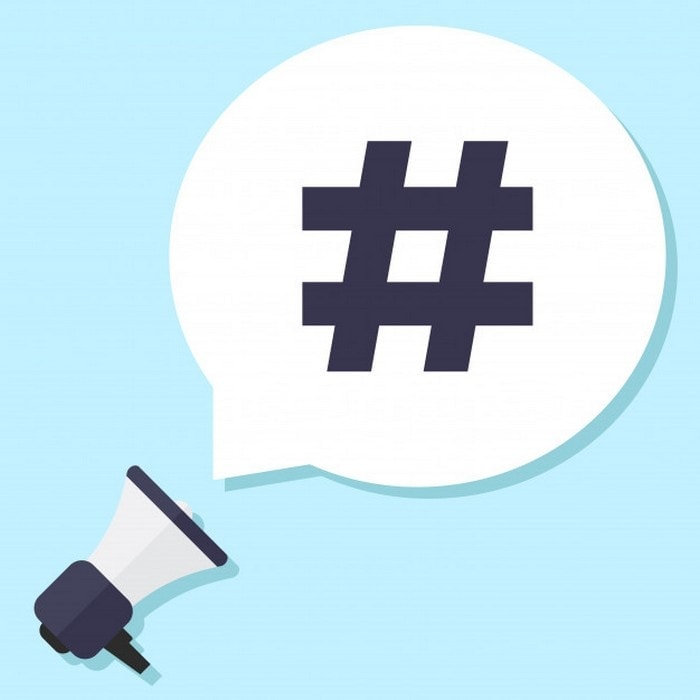 In order to make sure that the people know how to get the best results out of Hashtags, it is also important to know how to use it in the first place. Here we are going to provide some technical tips which are definitely going to be a bit of help to you for sure when you have to learn all about using Hashtags.

You need to make sure that all the numbers, as well as your letters, are all run together as a single word in the hashtag that you are using. Also, there are no symbols or punctuations that you can use as well.

All you are permitted to use is this symbol (#) and that too in the beginning, and that is it for sure. 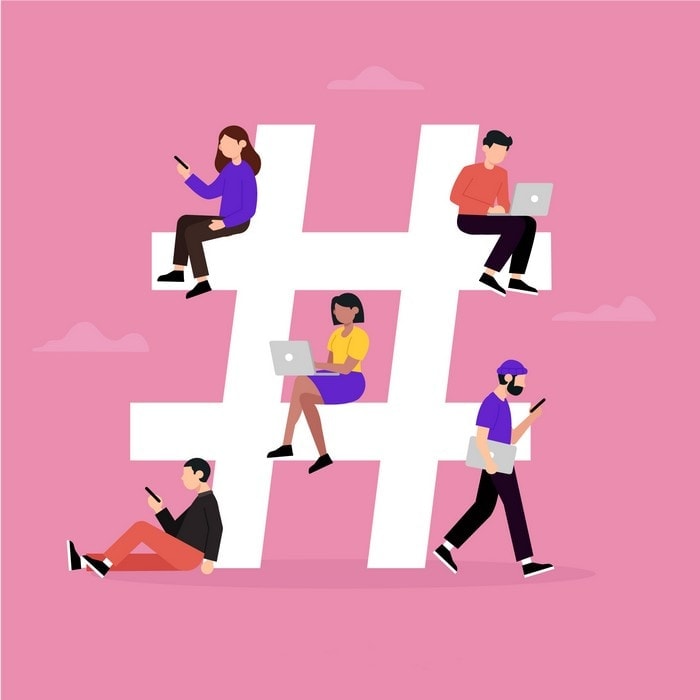 When you are creating the hashtag, then you need to make sure that you first use the hashtag symbol before the word that you are going to use. It doesn’t really matter that you are using the numbers or the letters in your Hashtags.

The main thing to keep in mind is that you need to use it in the beginning, and you are all set. Now, the symbol hashtag that we are talking about in here can mean different things in different locations.

For people who live in Canada and America, this sign is often called a number sign, and then there is also the pound sign, which is another one of its names.

So, the hashtag is something that would contain this symbol in the beginning and a single word that follows it. This is certainly one of the most important things that you need to keep in mind for sure.

#3. Create the Hashtag on Your Own

When you need to have the best results, then you need to create the Hashtags on your own. I mean, it is not that difficult, to be honest. There are so many people that have already created their own Hashtags for a very long time now.

You will be able to create our own or quite a few if you have the wish for it. All you need to do here is to think up the hashtag that you want to use and then use the particular thing on the message that you want to send for sure.

There are many people who always tend to use the Hashtags on the ending of the message that they have. However, it is really important to know that you will be able to add this particular hashtag in any location that you want and it has to be readable in order to make sure that people understand what they are reading.

Another one of the things that you need to remember is that you don’t really have to get the hashtag registered anywhere in order to use it in the best way. There are some particular hashtag directories which are around, but then they aren’t really official, to be honest.

Most of them are even outdated, so you don’t have to worry about a thing when you want to create your own. Just make sure that you do it properly keeping in mind all the important things. 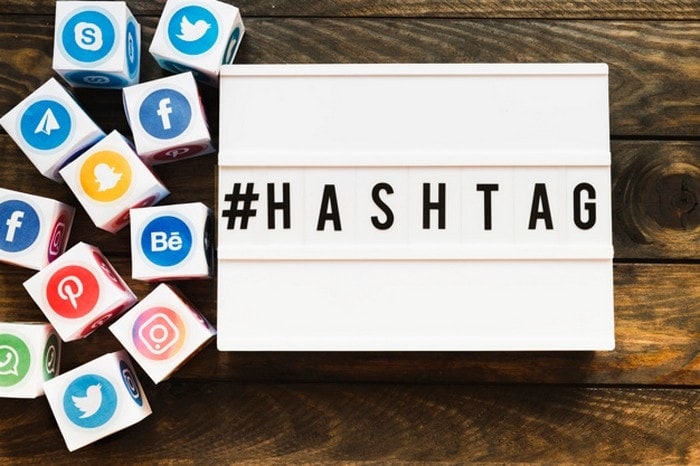 Here is another important tip for those who are creating the Hashtags on their own. After you are done with the creation of the Hashtags, then you need to make sure that it is unique. How are you going to do that in the first place?

Well, all you have to do is search on the social media network where you want to post it to see whether someone else has already made a hashtag like this or not. There are so many cases, over 25% of them, where the Hashtags that people want to use are already in use for different purposes.

But don’t really worry about it too much. There is no such thing as the hashtag police who are going to arrest you if you use a hashtag which has been already used. However, there might be some sort of confusion in such a case.

Some people might not find the right kind of information that they want to find.

So, you might just want to go back and make the changes that you are supposed to in order to ensure that there is no confusion for the visitors and users who are going to search for your hashtag. This would be a clever thing to do at that point.

#5. These Hashtags Should Be Understandable, and Easy To Remember

One other important thing that you might have to keep in mind when you are creating the Hashtags is that they need to be pretty short and simple. This way, you can make sure that you are able to use it in sites like Twitter where there is some sort of limit to the count of characters that you can use.

Another thing in here is that you also need to make these Hashtags a bit easier to type and understand so that people can actually do frequent searches with your Hashtags. No one really likes to have the long Hashtags these days, and you need to keep this point in mind when you are creating your own.

The creation of Hashtags is clearly a very popular thing for the people these days.

You will be able to have a part of that experience as well. All you have to do is follow all these tips correctly so that you can have the best results.

What are the Hashtags that you use for your business? Share with us in the comments below.