Once the Facebook advertisement that you had created has run for about 1 to 2 days, it is time that you make up some decisions based on the data of the ad campaign. Based on the data that has been collected, you can either let the ad to continue running and invest money on it, or you can simply kill it. These two process are actually known as Scaling and Killing Facebook Ads.

When you have killed an ad, it is highly important for you to know the reasons that have led the ad to such a failure. There are some of the recommendations that you should follow to know what you need to do next with the ad.

Scaling and Killing Facebook Ads: What to do in different Situations 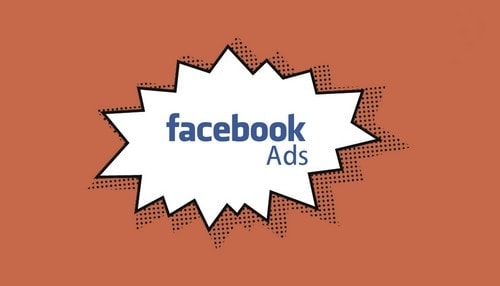 Situation 1- No Conversions But High Engagements:

The first thing that you need to do is to run the ad created for at least 12 hours. When you see that there are no conversions coming up from the ad despite of engagements, it can be that though the ad is reaching out to the right audiences it may have some design issues and so you are not getting conversions on it.

In such a case, you need to review the design once again and then again run it to check. If this time, you see the sale happening, you should leave the ad to continue and should have a close check on it. Monitor the ad statistics and the insights carefully so that there are regular conversions happening and you are not losing out any money on them.

Also Read  How to Create Brand Ambassadors on Facebook?

Situation 2- Little Engagement And No Conversions:

If you have come up with such results where there are just a few engagements to the ad and also there are no conversions from them, you should not wait and should immediately kill it. After it, you should revise the whole thing such as the targeting, and others.

Situation 3- Break-Even when profit and budget is equal:

After you have let the ad run, you should have a close check on it after a couple of hours. This is important to check on the break-even of the ad or the profits generated from it. If you get to see that the profits generated from it are not as much as what is spent on the ad, you should turn off the ad immediately. You should review the ad and try running it once again. On the other hand, if you notice that the profits collected from it are much higher than the budget spent, you can increase the budget for the ad and can leave it running.

If you notice that after a couple of hours of the running of the ad, it has brought you several sales, you should let it running for more time. Also, in this case, you should hike up the budget with a good percentage.

There are a number of creators who run different ad campaigns by now. One of the ways can be introducing ads every week on a particular day such as Wednesday and let the run till a day such as Friday to check which ad is doing good and then cut off the rest of them.

When a profitable niche or a winning ad is found, the creator start investing more money on that particular ad and scale it up. This can be done by targeting the ad to more number of audiences and also to reuse the campaign for many of the similar audiences.

These two are some of the most common examples of scaling that can be used.

There are two ways of scaling an ad. The first one is called scaling up of an ad while the other one is called the scaling out of an ad.

This is one of the most common ways of scaling an ad.

This is normally done by two ways and these are either by increasing the money invested in the ad or by increasing the target audience. Apart from these two, there are many other ways how it can be done and these can be by launching more ad sets, launching different ad creatives at a single time, adding a number of types, and many more.

One of the most common ways of scaling up is by increasing the budget of the ad. If you see after a couple of hours that you have got a good number of sales on the ad, you can increase the budget on it. As you do this, Facebook will start targeting more audiences for your ad.

But you should always have a check on the progress and the performance of the ad while you are scaling up it also. If you see after a couple of days that the ad is not bringing in good profit, you should scale down the ad or can even stop it if you find that the niche has got exhausted.

There are some of the general guidelines that you should surely follow for such a case. The first one is to use the budget of daily $10 if the ad is selling a few items. If the campaign has started offering you a good profit, you can scale up the budget to $20 – $25 daily.

In case the campaign has turned out to be highly profitable, the budget can be scaled up to about $100 daily. Keep it going till the time you find out that it has exhausted the niche.

When searching for the right audiences, often you may target smaller groups initially. When you find that the ad is doing well in such groups, you should scale up the ad by broadening your interests or audience group type.

It may happen that after testing with different elements and options, you have come up with an ad design that works really well with a particular niche of audience. But you need to expand your niche and hence it is important scale out your ad. This can be done by making a few changes in the ad design in such a way that other niche audiences can be also targeted.

If an ad design is created for the mechanical engineers specifically, some changes can be made in the design to make it do work with another niche as well such as the civil engineers, chemical engineers, and so on.

This way, with the help of some adjustments, you can continue with the ads and get response from it. But it is important that before you launch new designs, you should research the niches well.

If you want to broaden your aspects, you should make changes in the design as per different options such as hobby of the activities, gender, age group, and others. If you have seen that the design is doing well in your targeted country, you can now start globalizing and extend the ads to other countries as well. Also, new layers can be added to attract new audiences on your ad.

If there are reasons such as not getting enough engagements or not getting many sales on the ad or so because of which you need to kill the ad, you also need to know what went wrong actually. There can be a lot of factors that can make you kill the ad.

But just killing the ad is not a solution. You need to analyze and get a proper solution out of it.

If somehow you have changed the designing of the ad at least for three times with the same niche of the audience but still it is not working out, you should check it now with some other audience niche.

This is because you need to understand that maybe the particular audience niche is not getting interested in the products that you are selling off. The way you research for the designing of the ads, it is also important to research on the audiences so that you can get the best results from the test.

Testing the ads can really help you in getting the right option that can offer you great results and profits. But just getting the right one is not enough if you wish to get good results out of it. The best way is to scale your winning ad so that you can get higher possibilities to gain more from the winning ads.

You should research different options and factors that can have an impact on the ad campaign and can get even better results with them.

Now, we hope aforestated tips would guide you in the process of the scaling up or killing of your Facebook Ad. This will for sure help you generate better outcomes from your Facebook Ad campaigns.

Having any doubts about scaling or killing Facebook Ads? Ask us in the comments below.