Monte Carlo Analysis is a computerized mathematical model that helps people to calculate risk in decision-making and quantitative analysis.

Monte Carlo analysis is also known as Monte Carlo simulation or method. It primarily constructs the probability distribution of probable outcomes of decisions that you may choose to make.

When you create the distribution probability of all the available outcomes, it will allow the decision-maker to analyze his decision’s risk level quantitatively.

Monte Carlo analysis helps to select the best available option amongst all the options with minimum risk. It is essential when it comes to decision-making.

Monte Carlo analysis reveals multiple possible outcomes and the probability of their occurrence for any choice of action. This analysis reveals the extreme outcomes, the best, and the worst possibilities, and the consequences of middle-of-the-road decisions.

The model has been named after the geographical location Monte Carlo in Monaco. It has been made famous by the expansion of casinos.

How does a Monte Carlo Simulation Work? 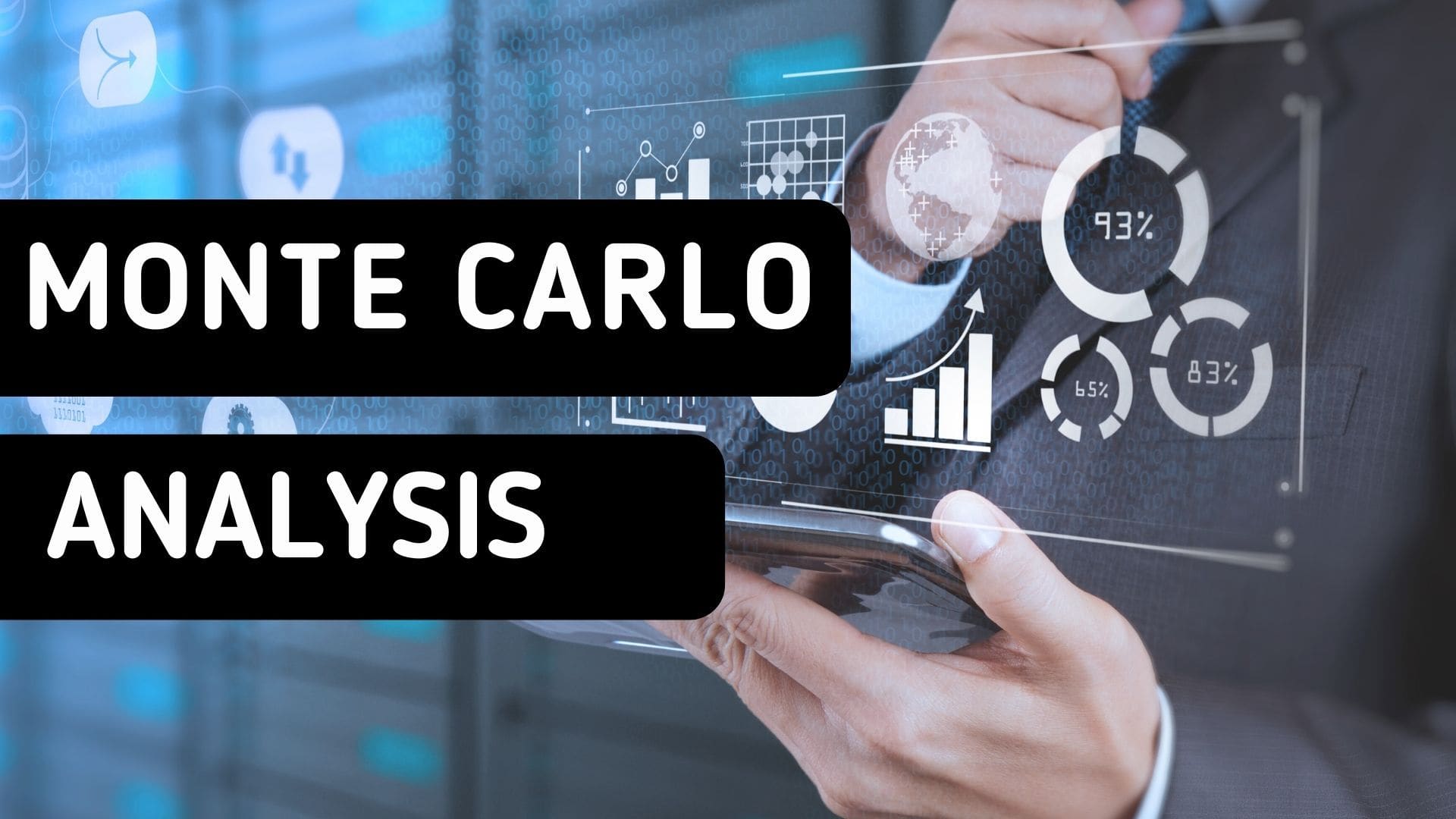 The primary functioning of Monte Carlo simulation or Monte Carlo analysis is based on building multiple outcomes by substituting various values.

It uses a probability distribution curve. Then the results are calculated over and over with the help of multiple values and probability functions.

There could be numerous uncertainties in a decision. Depending on them and the ranges specified for them, this analysis calculates and re-calculates thousands of possibilities before it can give a complete result. All the possible outcomes are mentioned in the Monte Carlo simulation.

The following are a few of the probability distributions of the Monte Carlo simulation.

Also Read  Types Of Warranty and their meaning

This probability distribution is also called a bell curve. The mean values are user-defined, and the variation of the mean is described with the help of a standard deviation. It is a bell-shaped curve, and the middle and near to average values are most likely to occur.

Multiple phenomena such as the height of people, age group of people in a particular city, etc. are described with Bell curve’s help. Since it is a bell-shaped curve, it is symmetric.

Unlike the normal probability distribution curve, the lognormal curve is not symmetric, and the values are positively skewed. It is primarily used to represent the values that are not less than zero but have a lot of positive potentials.

The property value of the real estate, stock prices, and oil reserves are few examples of variables described with the help of lognormal distribution.

The triangular distribution is used to define the possible values, minimum values, and extreme values. The most likely values are the ones that are most likely to occur, and special emphasis should be given on them.

Many values and variables can be described with the help of triangular distribution, which are past sales history, inventory levels per unit time, etc.

In the case of the uniform distribution curve, all values have an equal chance of occurrence. The user states the maximum and minimum values of the curve.

The manufacturing cost of a product or the possible future revenue for a new product can be explained with the help of a uniform distribution curve.

Therefore the extremes are not emphasized in the case of PERT. The distribution strategy is used to describe the task duration in the project management model.

The user initially defines specific values and the likelihood of occurrence of each value. There may be multiple possibilities and exact percentages assigned for all possibilities. 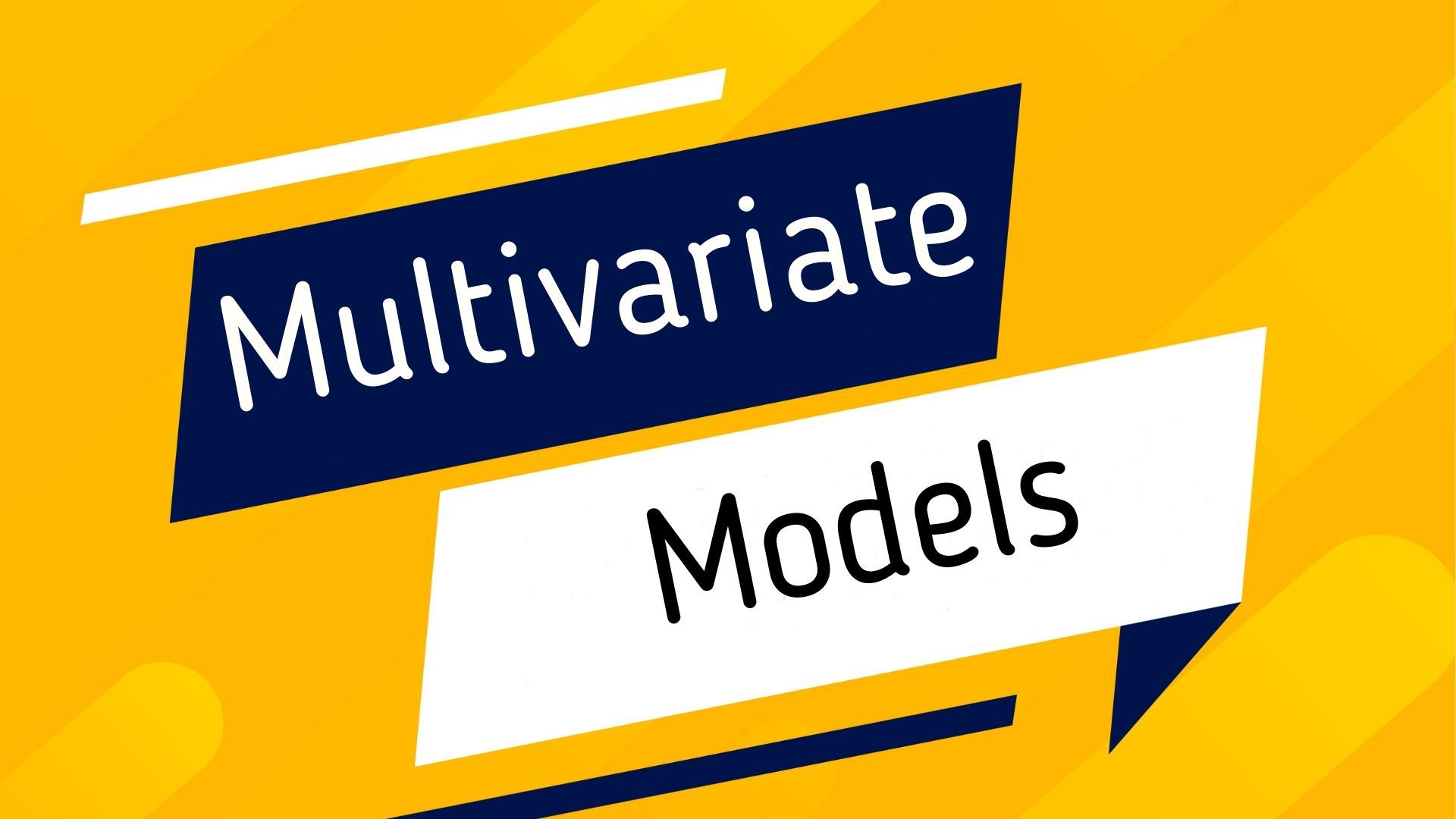 Monte Carlo Analysis is a multivariate model that is a prevalent tool used to forecast probable outcomes. When you use a multivariate model, the values of multiple variables changed by the user to confirm the potential impact on the decision evaluated.

Financial analysts use multivariate models for new product ideas and to determine cash flows. The impact of investment on the portfolio’s performance and the risk associated with it is determined and used by financial advisers and portfolio managers.

When you have a limited set of options, you have all the possible outcomes and probabilities known to you. But in the case of investments, the set of future outcomes remains unknown. It is the analyst’s job to determine the probable outcomes along with the percentage of their occurrence.

In the Monte Carlo modeling case, multiple trials are run by the analyst to determine the percentage of most likely probability. It is useful in making business decisions and investments.

Monte Carlo model execution requires a tool that will randomly select factor values, bound by certain conditions. Usually, these conditions are predetermined. The next step is to create a distribution curve, which includes analyzing the possible probabilities which will occur and have values assigned to them.

When you have correct constraints for every variable, and you can establish the proper relation between the variables, then it can be said that an appropriate Monte Carlo model can be developed.

Monte Carlo analysis is used by not only finance professionals but also by other businesses. It is used as a decision-making tool that will show the impact and the overall risk in decisions.

The risk tolerance level of every individual and institution is different. This is why it is essential to calculate the risk of an investment before the investment is made. The Monte Carlo model can be used to create an accurate picture of the risk you will take.

The results can be effectively conveyed with the help of the model. People will be able to visually see the impacts of different probabilities and decisions they will make. This will help them to make more informed and logical decisions that will have low risk.

The Monte Carlo analysis model can also be used when the options are very close to each other, or they may seem that they’re very similar to each other. In such cases, selecting an option requires the deployment of mathematical methods. That is where the Monte Carlo model of risk assessment comes into the picture.

The Monte Carlo analysis helps to determine the risk probability and evaluate the risk level in all the options visually. It provides an in-depth analysis of the risk levels associated with every option with a mathematical calculation and assigns a percentage to it.

Monte Carlo analysis is primarily useful in making investment decisions but can also be used in other businesses to make other relevant decisions.