Market average is used to refer to the measurement of the general or the overall price level in a stock market and is expressed by combining all the frequently traded stocks.

Concept of the Market Average 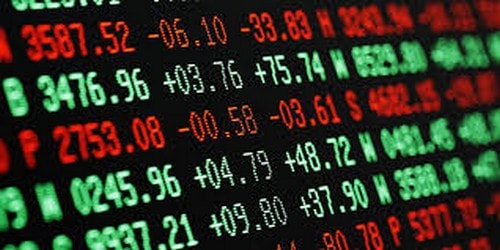 In general, the market average is the measure of the overall level of the prices that are measured for a particular market.  The market here is generally defined by either a specified group of stocks or any other forms of securities. The value of the market average is calculated by taking the summation of all the current value of the stocks of a particular group and then it is divided by the total number of the shares that this specific group has.

So the market average considers all the price levels of the stock or any other form of securities of any give particular financial market which is calculated after by taking into consideration, a specified group of shares.

Now the market average is nothing but merely a method that issued for the measurement purpose of the level of the prices for any given group of stocks which may belong to a specific financial market. So this market average can be price-weighted, or they can also be market weighted.

Example of the market average 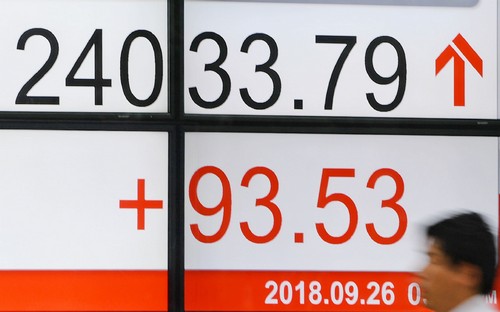 Now to understand the market average the best case can be the ‘Dow Jones Industrial Average.’ The short form of it is DJIA.

A market average is generally a type of measurement. This is an easy method of evaluating the price levels of any particular group of stocks in a given financial market. For instance, the Dow Jones Industrial Average (DJIA). Now here the DJIA is a type of price-weighted average which can cover up to 30 different stocks of blue chips which are usually listed on the New York Stock Exchange (NYSE).

Also, the DJIA is so popular that it is widely used all over the US by the people who are in the stock market business so that they can track the performance of the US stock market.

Now in the year 2018, till April, it was found that the DJIA was trading in the 20,000s. But out of all of these, there were only a few of the total stocks that were traded in the magnitude of the ‘dollars’, even if all the 0 of the blue-chip stocks were added all together.

Now the reason that the DOW has become a five digit number is that the denominator that it has is cleverly made to adjust for the stock splits.  And till now there have been numerous such cases since the first time when the DOW 30 was established in the year 1928.

Now every single time, when there is a split in the blue-chip stocks, it has been seen that the denominators will then go down so that it can be adequately compensated.  Earlier the divided- by the number used to be 30. But if we look at the present scenario, the divided- by number is not 30; instead, it is 0.2.

Also, it was found out that the components of the DOW that is there today are not exactly what they wanted to be initially when the average was found out.  Now if we look at the group, then the only original member that is still present in the group is the ‘General Electric.’

Also, the Union Carbide and the Sears Roebuck have been recently superseded by the Intel and the Microsoft. But even after all of these caveats, the DOW is still found as an average only.

Now there are also many other examples that can be taken into consideration to understand the market average. So other than the DJIA, the S&P 500 Index, again is an excellent example of the market average. It is also based upon a basket of stocks. But one thing that should be kept in mind here is that not all of these stocks are traded on one single day.

Understanding the most prominent market average to date! 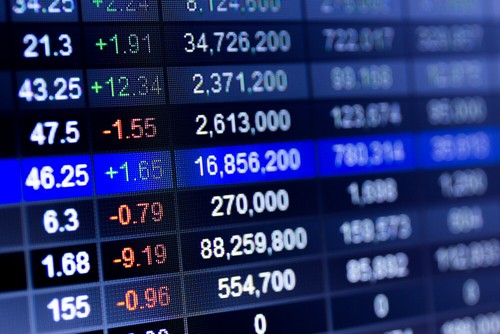 Now from the above example, it can be clearly understood that DJIA, in the real sense, is the most prominent market average of them all.  Charles Dow and Edward Jones first founded the DJIA. Both of them were good business partners.  Now the industrial average is generally termed as the proxy of the economy of the US. During the time of its launch, there were only 12 purely industrial companies that were included in it.

It used to operate in many different sectors like railroads, sugar, cotton, tobacco, gas, and oil. Also as discussed above the ‘General Electric’ is the one DOW components that is the original one, and has managed to be a part of it still in the index of the year 2018.

Now with the change in the economy that happened over some time, the composition of the index started changing as well.  It can be seen that the Dow, will be typically making changes in situations in which the company will be going through some financial distress.

Also in terms where the company becomes lesser of the representative of the economy in general, even in such cases, the Dow will make changes. There is one another scenario too in which the Dow can make changes, and that is when the here is a shift observed in the border of the economy, and thus there are some necessary changes that are needed to be made and to be reflected upon.

Now in the year, 1928, it was seen that the index grew up to nearly 30 components. Since then it has changed its components many times. In one observation the exact number of the times the changes that have been made by Dow were stated, and that came out to be a total of 51 times.

Now the first changes were made just after the three months from the time when the first index was launched. And then some years after its launch, in the year 1932, almost eight of the indexes were replaced within the DJIA.

But during this when the whole replacements process was going on, two of the significant businesses the ‘Coca Cola Company’ and the ‘Procter & Gamble CO.’ were successfully added up to the index.  As in the year 2018, these two stocks are still a part of the DJIA.

What is the importance of the market average?

Now in any market, the competition is always there. Many financial changes take place. Even the stocks market keeps surprising us.  Now the price level of the stocks for any particular market will keep varying with time. These prices may differ in terms of the industry or in terms of the frequency with which the trading is being done.

Now since regular changes keep taking place, it is not at all possible for anyone to keep track of all the registered stock. It is just not possible to keep a record or an account of all of these. So this is where the market average comes in handy.

The market average provides with an overview of the various activities that are taking place in the market. The market activities are those which may represent the perceptions of the investors and the productivity of the economic activities.

In this way, the market average becomes very useful for calculation an overall price level of the various stocks of a particular market. Thus it eliminates the need of keeping an account of every single record. This way it makes things much easier and simplified.

It is essential because it is a great measurement technique to monitor the changes that place in the stock or other securities in the financial market and the best part about this is that no hard and fast calculation is needed to be done.

Therefore, the market average is a great measurement technique which can be used in every financial market to determine accurate results related to the levels of the prices of the various stocks that are present in one particular market.  It is simple and easy to perform and generates accurate results.