A song that created a sensational wave across the globe with a number of records; more than five million hits on Youtube, more than 7000 shares in FACEBOOK in 48 hours!! The most searched three letter word on Google in the recent days is “Why this Kolaveri”. In Tamil language it means a person has strong passion or urge to kill someone! It is generally used in jovial manner as colloquial language. 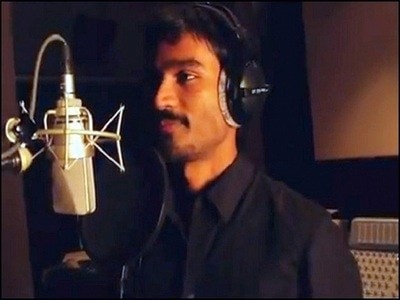 To find out more about the 21 year old young chap “The Musical Architect” behind this song”; just go to google and start typing ‘Music director of’ and you will find the recommendation as kolaveri. The song created such hype amongst the music lovers all over the world that there are a lot of lessons that needs to be learnt for all marketers and for the people who dont realise the “Power of Marketing”. Is it a marketing hit or musical hit? If so what were the marketing strategies used to promote the song to make it a sensational hit. Many dance troupes and bands across the globe started choreographing for this song in their own cultural styles and preferences.

The success story of Kolaveri has many factors like Lyrics made by Dhanush, it’s an first attempt to use only “English words with Tamil slang” – Tanglish. The entire song lyrics is composed in same manner which can be understood to all kinds of audience throughout the world. Slow pace music used for the song by music director Anirudh and Viral marketing tools used to promote the song. The spontaneity factor led to lots of creativity in the song with respect to both music as well as lyrics. “Believe it or not, it was all impromptu”, this was told by Anirudh an Bcom graduate from Loyola, Chennai, the music director of the film. It was such a daring attempt of the debut in Tamil Film Industry. Though it was a huge hit, one who has been with Tamil Film won’t claim it as a very first attempt.

Also Read  Top 20 most Popular brands in the world

There were earlier attempts made in Tamil cinema by Music Director Yuvan Shankar and Hero “Little super star” Simbhu in their earlier films and many attempts by AR Rahman. The only change was that it was compiled fully in Tanglish style to appeal to the modern youth and ‘easy to remember’ lyrics. How could Anirudh achieve such a peak in his career at very first attempt , which AR Rahman and others took a long way ?That’s something for us to ask ourselves to understand the emerging trends in movie marketing. The impact of the hype created by that song has led to new pricing strategy called “Kolaveri Pricing” “Kolaveri Discount” in Chennai and Suburban’s of Chennai. The shop keepers say that this is an attempt to attract customers in a more easy way than mentioning any other catchy phrase. The song has created such an impact among the public to the extent that it is used as a marketing tool to attract large pool of audience. Audience perception towards this pricing methodology is that the company is ready to give huge discounts than any other brands.

Coming to the main success factor of this song reaching millions of people across the world is because the effective use of Viral marketing techniques by the film team. The Viral marketing tool is used to pass a message to large audience at a single instance. The main channel or the medium used is through broadcasting in internet and social media networking. The crucial factor in the marketing of Kolaveri was Facebook where people shared, liked and did everything possible to associate themselves with “Why this kolaveri”. Since the major medium is through internet the campaign metrics are always measured in terms of reach and frequency of use by the audience.

Media soon caught up with this frenzy on Facebook and each and every news channel could be seen repeating the success story of  “why this kolaveri”. It helped that the music was really catchy and addictive. In the end, Dhanush took timely advantage of  the hype created by conducting as many events as possible thereby causing the fire to really ignite and the word to spread. Thus what started with a simple product, became the talk of town through social marketing, became news because of the media and finally became a unique event which just had to be experienced.

This is why, “Why this kolaveri” is surely a marketing lesson for all and for the film industry to think beyond films and film making and to ensure that message reaches maximum audience in minimum time.

The List of 17 Top Most Expensive Movie in the world

Movie Marketing – The next big thing

The 14 Most Expensive Guitars in the World

Best Technology Brands in the world

Top Streetwear Brands In the World