Home » MANAGEMENT » Personal Development » How To Argue Effectively? 10 Ways to Argue in an Effective Manner

When you disagree with someone or something it will obviously result in an argument. It does not have to be destructive every time. Arguments are very complicated and tricky. Sometimes you can win one but you lose much more if you have antagonized a dear friend or a family member.

We argue because we want to persuade the other party to our way of thinking. Is it so easy to change somebody’s mindset? No, it is not. Unfortunately, it is an illusion that arguing will convince others to the rightness of your saying. Yes, I concur that an effective argument has the potential to stop your opponent in his tracks and make your point clear to him to do it productively. 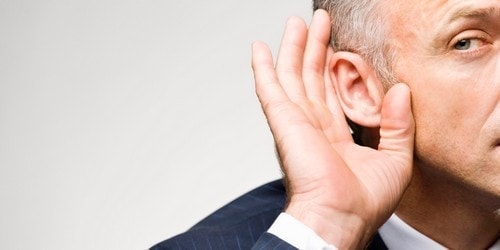 When someone has said something rude about you it is obvious that he is angry with you. Do not lose your calm at this point in time. Let him say his thoughts, then wait and analyze and understand what it is all about.

If you want to argue effectively you should have all the facts related to the conversation and who better to provide rather then the individual who is ranting against you. Listening is an art that everybody cannot master but it has far-reaching consequences.

You have listened patiently to him and have discovered the why and how of the conversation and now is the time to gather your thoughts and offer your side of the argument.

Starting an argument is easy but taking it to a respectable end is difficult. Obviously, you want the argument to end in your favour so find the ways and means to do so. The one who strikes first is not as important as the one who will strike last and effectively.

Be that person. Listen to your opponent and then gather your own important information so that you can put forward a convincing argument. It is important that you think about the topic of your argument once before starting and is this path you want to take. Are you mentally prepared to argue effectively with reasonable thoughts and clear facts?

3) Use research and data 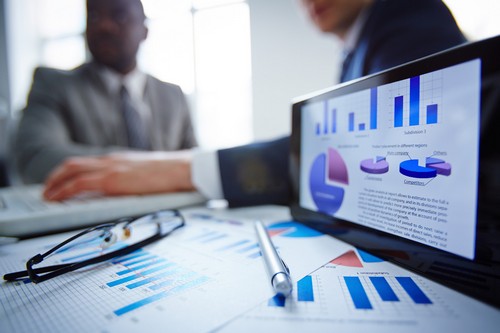 When you come across something that you do not agree with take a pause and breathe deeply. No need to raise your pressure and start arguing immediately. If it is a face-off situation where your opponent is sitting in front of you and the calm breath will help you in gathering your thoughts and coming up with an effective reply.

If you have read it in a post then do a bit of research and gather relevant data so that you can put forward a convincing argument. Now attack the context and post the acquired information in your support so that your challenger becomes speechless as he cannot refute the data you have put forward.

4) Be precise and accurate

If you are not accurate and true to the facts no one is going to trust you. Want to argue effectively then be precise and truthful in your arguments. Make sure all the information you have gathered is true and you have portrayed it in a rightful manner.

Your strategy should be to clear every point your opponent has fired against you. As you want others to take your side stay focussed on your topic and stick to valid claims because you want to avoid any confusion.

One sure way to argue effectively is by opposing the context and not the individual who has written or said it. You all come across people who seem bloody-minded and hateful because they have put forward a point that makes your blood pressure high.

You cannot stand that person and want to answer him back with an effective reply. But is this the right approach. If he was so concerned about your emotions he wouldn’t have said it. You want to argue effectively and make your point then simply point out his discrepancies which are showing with the words. No need to attack his character or personality as it can cause more harm than any good. This will actually become strong ammunition for you and will prove your point more effectively.

6) Don’t give your opponent any ammunition

Argue effectively with facts and figures and not any fabrications or lies because it will come back and bite you. When you argue put forward all your thoughts in a precise manner. If you are referring his words in any context then make sure that its relevance does not fall through. Don’t give your adversary any ammunition to fire against you genuinely.

Use the statement as your opponent intended it to be without any embellishments. If you do not do so you will lose your case as everyone will turn against you. It is very important that you maintain your decorum and right conduct in a calm manner if you want to put forward your argument successfully.

Argue effectively by being positive. I am sure you will be surprised by this remark and wondering how can you remain positive in the face of adversity. It is not so difficult once you think about it. When two people are arguing at least one or both are going to lose their calm at some point or other. Why not let the other person lose his calm and say inappropriate things.

This will lose his credibility in the argument as no one likes anybody to become personal and attack each other over it. The argument is about diversified thoughts not about individuality. When you remain your positive self you are enhancing your own image and giving credence to your words. This will find favor for you in the argument.

Also Read  What Is Burnout? 13 Causes For Burnout explained

In order to argue effectively, it is important that you stay on the topic. When a person becomes angry he loses his thread and his thought process and starts ranting about immaterial things. This is one of the surest ways of taking the argument to another level.

No one is going to appreciate this neither your adversary nor the public who is listening to it. Moreover, it will make your topic and the ideas which you have put forward by this time totally pointless. So avoid it at any cost. It is better to stick to the issue and put forward convincing arguments so that you come out on the top.

Starting an argument is simply not good manners so why waste your time indulging in such a childish action. Sometimes you hear hurtful things about you then it becomes necessary to put your point to quash that claim.

You do not want to provoke someone into an argument but you should not let go any slur unanswered. You want to argue effectively then show the world the real you via your humanity, depth, and perception. Be decisive and clear and explain yourself with help of facts. It will create a sympathetic image that will help you score valuable points over him.

10) Be polite and professional

If you want to argue effectively then remember that it is your calm and collected manner and approach that is going to win this battle for you. Everyone is sitting on a judgment seat waiting to proclaim the winner. Never ever attack your opponent only his proclamations or beliefs because no one is going to root for a mean or rude individual.

A professional attitude is best in such situations as it will enhance your forthright and polite manner and showcase your positive approach towards the whole situation. The most important thing while arguing is to know when to stop and back off so that you create a more powerful impact on your adversary.