The exact nature of Search Engine Optimisation or SEO is more of an enigma than an exact science – a fact that is underlined by the way in which Google’s Algorithm calculates the ranking of websites on its search results. There should be no surprises if a change in Google’s search algorithm makes your site traffic go the way of the dodo if you are not doing what Google considers are best web practices.

While the exact nature of the algorithm is a closely guarded secret, the important components can be identified by analyzing past data and examining which factors directly relate to higher rankings in search results. But before we get any further, we must understand that Google isn’t the bad guy here – it simply wants that searchers receive the best experience.

The affect of Google algorithm updates

Suppose you have a business website which is getting 1000 views a day because of its fantastic SEO. On this business website, you had a pop up ad which reminds viewers to call you on your phone number.

Now, one day the developers at google decide that these pop ups are disturbing and should not be on a site. So google makes an “Algorithm update” to their search engine. Any site having pop ups, should not be ranked high in google search engines.

Now, your website which was amongst the top 3 positions of google and getting 1000 pageviews a day, drops to the 12th position due to the algorithm update. We know very well that the 2nd page of google search results is hardly ever visited. As a result, your pageviews drop to 50 a day. All because of a google algorithm update.

Now you get very less enquiries from your website, and your competitor who has an inferior website but has no pop up ads gets more visits to his website and therefore more enquiries. As a result, your business has suffered due to the algorithm update.

How to stay safe against Google algorithm updates?

Continuing the above example, google developers decided that Pop Ups were the culprit and they did not want sites with pop ups to rank. So in such cases, the best thing to do on your site would be to remove the pop ups on your site. If the pop ups are not ads, they must be contact information. In any case, once you remove the pop ups, and google recrawls your site (Can take weeks or even 2 months) your site will rise back up.

Bottomline is – the only way to stay safe from google algorithm updates is to stay focused on the latest SEO news and SEO happenings in the world. Google does not always tell in advance what it is expecting from a site. If google did that, then every SEO out there would use black hat techniques to rank. Hence, generally after an algorithm update within 2-3 months people come to know what the alogirithm update was about. They improve the site and then the site starts re ranking and might even rank higher then before.

We are to look at to how Google’s algorithm has changed over the years and how each subsequent change has affected the traffic that is routed to sites.

Panda was geared towards reducing the low-quality content in searches – such as dynamically created pages, articles containing very low-quality text. Google used several “Quality Raters” in the update which was designed to distinguish low-quality sites from high-quality ones by answering questions such as “would I trust this site with my credit card information”.

Released in 2012, this update makes it difficult for top-heavy websites – or websites with heavy advertising on their header to make it to the top of the search results.  However, this update doesn’t affect overlay ads or pop-ups. The main targets of this update are the websites that have static advertisements above their header, navigation bar or the first paragraph of the content. A major disadvantage is that advertisement-heavy websites could escape this if they were not top-heavy.

The best way to know if your site is prone to Top-Heavy impact is to use a fold viewer extension. This helps you in understanding how the visitors see your content in comparison to ads in different screen resolutions.

Penguin aimed at penalizing websites that tried to manipulate search results by purchasing links to their websites or by using link networks. Over-optimized websites or sites that engage in another manner of link-building considered unnatural are trapped in Penguin. If you are a participant in such spammy link-building tactics and can’t remove them, you can make use of the Google Disavowal Tool. This can also be used if spammers are attacking your website with low-quality links.

As the name suggests, this update released in 2012 comes down with a heavy hand on websites with pirated content and have an excessive amount of copyright infringement complaints filed against them through Google’s DMCA system. Google updates pirate periodically – so false positives are often corrected and wrongly caught websites are released.

A fast and precise update that aims at making search results more relevant to the query by ranking pages which better match the meanings of a search rather than the exact words that are used in the query. It was a complete overhaul of Google’s search algorithm.

The pigeon was released to fix the shortcomings of Hummingbird and also corrected problems related to spelling and use of synonyms. Google uses this algorithm to improve their parameters of distance and local ranking.

RankBrain’s ultimate goal is to make available to searchers exactly what they are seeking. Current searches have moved beyond text and into images and voice, which makes the analysis and understanding of the context of the search query very important to return relevant results. RankBrain makes use of Artificial Intelligence to find the relevant answers to queries.

The most recent update to the Google Algorithm tries to give users a pleasant experience on mobile screens by removing intrusive mobile advertisements that prevent them from enjoying the content on the screen. However, a critical flaw that has been noticed here is that while smaller brands are suffering from this update, big brands are going scot free. 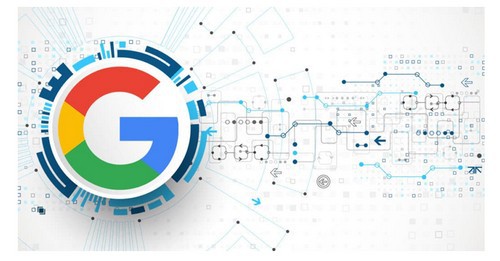 Google determines what content people want to read by analyzing the nature of click-through-rate your page generates when displayed in search results. Other top-ranking factors are the relevance of your content to the search phrase, the number of backlinks and the number of Facebook shares you get.

Experts have long suspected that Google ranks websites according to the time that users spend on them and that pages that have higher time on site will rank higher. Page load times are also a factor in this regard, with pages loading faster (within 1.5 seconds) ranking higher.

Websites that are mobile-friendly are rewarded while others who are not are severely penalized.

The number of tweets and Pinterest Pins, the position of keywords, Backlink SEO strengths and the number of no follow backlinks.

We must understand that Google has no bone to pick with webmasters when it updates it algorithm and simply wants to provide its users with a great experience. In this case, your site will benefit by understanding exactly how you can match it to Google’s requirements