Gross Domestic Product (GDP) is the monetary value of all finished goods and services of a country in a given time. It measures a country’s economic activities i.e. total consumer expenses on final goods and services, government spending, all private expenditures, investments, and exports while excluding imports

There are different types of GDP as below;

It is important to note that some other productive activities may not be included in GDP calculation. Examples include unpaid work (volunteer jobs), prostitution and some black market activities; since most of them cannot be accurately valued. Again, GDP does not account for depreciation of capital stock e.g. buildings, machinery, production equipment et cetera.

Three different ways through which GDP calculation is done include;

1) The Income Approach of GDP Calculation

According to this approach;

Sales Taxes (ST): Also referred to us consumer tax. It represents the tax imposed on goods and services by the government

Depreciation (DEP): Cost of wear and tear attached to a fixed asset

2) The Expenditure Approach of GDP Calculation

This is the most common method of evaluating GDP in the economy. It considers the total money spent by different groups participating in the economy. According to the expenditure approach;

Consumption (C): This represents consumer expenditure within the country’s boundaries. Examples include durable goods that last for more than 3 years, nondurable goods (clothing and food) and services.

Investment (I): The total amount a country spends on inventories, capital equipment, and housing

3) The Value-Added or production Approach of GDP Calculation

During the production process, the value added to a product is determined. It is usually calculated by deducting the initial price of a product from the supplier to that of the seller. Value-added can also be explained as the total sales minus intermediate input value in the production process. E.g. subtracting the value of flour (as an intermediate input) from that of bread (the final product)

Due to the fact that GDP is based on a country’s monetary value of finished goods, it is subject to inflationary effects. If the price of goods remains high for an extended time duration, the GDP will be affected. With unadjusted GDP therefore, it is not easy to tell whether GDP increased due to improved production or high prices of products. It is because of this reason that inflation adjustment was arrived at so as to help in obtaining Real GDP and not Nominal GDP. Adjusting outputs prices to reflect those of the base year allows for GDP comparisons with previous years so as to determine whether the economy is experiencing any real growth. 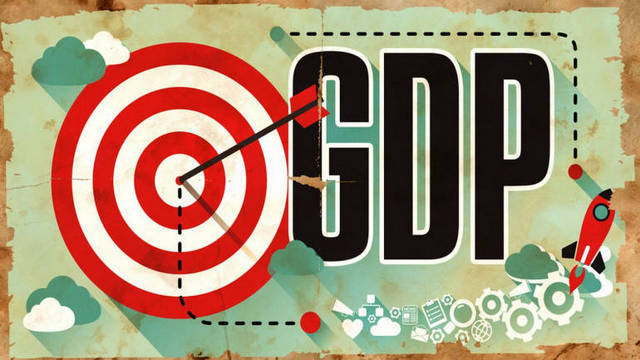 In as much as GDP is a good way of analyzing the economy state of a country, it is never considered a perfect approach. This is because of some weaknesses exhibited by this method i.e.

Through GDP, the economic performance of a country can be analyzed. This analysis can be via different GDP calculation methods i.e. the income approach, the expenditure approach, and the value-added approach. With GDP information, policymakers are able to tell whether the economy is progressing or weakening so that restrictions or improvements can be imposed.

Investors also use it to make decisions on asset allocation. On the other hand, when a country experiences an economic slump, business returns are low, consumers cut on spending and lower stock market pricing experienced. All these happenings influence investors’ decision to invest in a particular country.