A financial crisis is defined as a situation in which financial assets lose a substantial portion of their value, or there is a steep decline in assets’ value. Customers are not able to pay their debts during this time.

Usually, the financial crisis is associated with people withdrawing their money from savings. Investments are shut down during the financial crisis, and it may not be limited to a specific market. Still, it may affect an entire economy of a country or region or, in some cases, economies worldwide.

Things such as the bursting of a financial bubble, stock market crashes, sovereign defaults, etc. are financial crisis indicators. 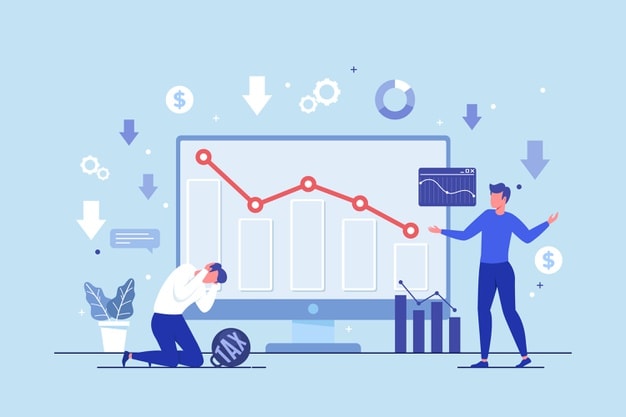 Currency crisis impacts all the sectors of an economy, including non-economic sectors such as politics. It affects the leaders who negatively are in power. The after-effects of the currency crisis cause a change in the government or finance minister or the central governor.

In any case, the currency crisis impacts the economies negatively.

The banking crisis is also known as a bank run. This occurs when customers withdraw their money from the bank because there is a loss of trust in the bank’s functioning. Banking prices are standard in every country.

The operation of the bank may be impacted by different factors that may cause insolvency. The speculation that a bank may shut down and affect all the depositors’ money is what causes people to withdraw their money from the banks. Banking panic is the primary cause of the banking crisis that simultaneously causes a financial crisis. This leads to the destabilization of banks, which can lead to bankruptcy.

This is why banks usually limit the customer’s withdrawal or, at such times, suspend the withdrawals entirely. People may start withdrawing their money from the bank based on a threat that the bank may close down.

If uncontrolled, this threat will lead to the withdrawal of money from all banks, which will cause bank collapse and, in turn, financial crisis. This will directly affect the economy for a very long time. This also leads to an economic recession in businesses, and many companies shut down.

In this case, prices suddenly drop, which is also known as crash or bubble burst. Prices fluctuate very easily in case of an economic bubble and become impossible to separate and protect from demand and supply.

The term bubble originated from the British South Sea bubble and referred to companies themselves who have inflated their stock rather than dealing with the crisis. The equity bubble and debt bubble are two types of speculative bubbles. The COVID-19 recession, which was caused by the corporate debt bubble, is an example of combined equity and debt bubble.

When a country’s fixed exchange rate is suddenly devalued because of an unsustainable deficit in the current account, it is called a crisis of balance of payments or an international financial crisis.

All the economic activities decline in a recession. There may be various events, such as financial crises or trade shock, which can cause a recession. Recession is an effect which is caused by multiple factors discussed above.

When the recession continues for a long time, it turns into a depression. The great depression of the 1920s is one of the best examples of depression. It started in the 1930s and spread to the entire world.

Causes of the financial crisis 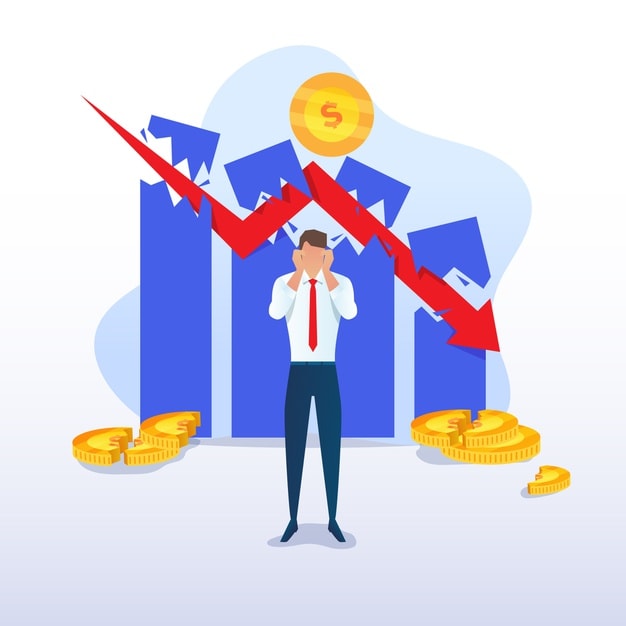 As discussed above, there are multiple causes of the financial crisis.  Generally, a crisis happens when there is an overvaluation of assets. That overvaluation is exaggerated by irrational investor behavior.

When individuals start dumping assets or make huge withdrawals, it leads to bank failure. The bank failure then starts to cause an economic crisis within the country. Systematic figures, unanticipated human behavior, ignoring significant economic problems are a few of the factors which can contribute to the financial crisis.

The recent COVID-19 situation can also be said as a precursor to the financial crisis. Most businesses are closed because of the pandemic, which has caused people to withdraw large sums of money from banks and their savings. Since businesses are down, it has equally affected the economies of many countries.

If the situation does not improve, there is a very high possibility of a financial crisis happening in mid-2020 or at the start of 2021. Even after taking measures to avert a financial crisis, they sometimes still occur. They can also get worse.

Another cause of the financial crisis is an asset-liability mismatch. This is the situation in which the risks are associated with the institution’s debts and assets or not assigned correctly. For example, many banks give a facility of deposit accounts, which can be withdrawn at any time.

Also Read  Types Of Warranty and their meaning

Uncertainty is yet another cause of the financial crisis. The mistakes in investment cost by less knowledge, errors in behavioral finance studies can lead to uncertainty. Sometimes asset values are over-estimated by unfamiliarity with new technical and financial innovations.

If people are not familiar with new formats of the company or new types of ventures, that will either underestimate or overestimate the asset value.

All of their financial statements are publicly aware, and they utilize standardized procedures of accounting. Apart from this, ensuring that institutions have enough assets to meet their contractual obligations is the regulation goal. Many of the financial crisis is blamed on insufficient regulation.

This has made many changes in regulations for a long time, and they have become stricter to avoid the repetition of such situations. But excessive regulations are a possible cause of the financial crisis in itself.

Financial fraud has played a crucial role in the collapse of major financial institutions throughout the time. Many companies attract depositors with exaggerated claims and promise unrealistic investment returns. Such examples can be seen throughout history like the Charles Ponzi scam in the 20th century.

When the financial crisis starts at one institution and spreads to other institutions or from one country to another, it is called contagion. It spreads across different institutions and countries to Collapse them and, in turn, the entire economy.

Many financial institutions are at risk because of contagion. It is called systemic risk. The Thai crisis of 1997 is one of the best examples of contagion which started in Thailand and spread as far as South Korea.

Examples of the financial crisis 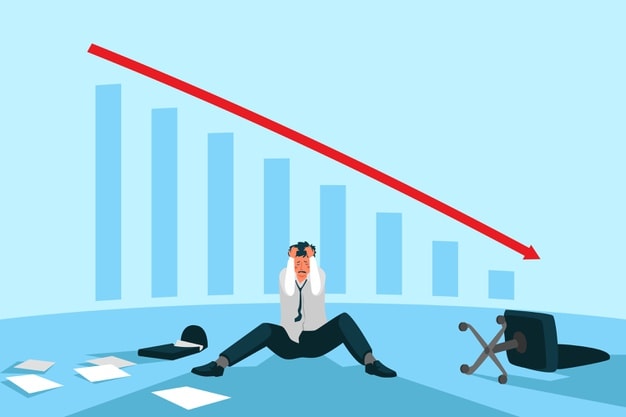 It began in the United States after a significant fall in stock prices on September 4, 1929. It was the news of worldwide media about the stock market crash, which was also known as Black Tuesday.

The global GDP suffered about a 15% loss because of depression. By the mid-1930s, some economies were starting to recover, but the negative effect of the great depression lasted as long as the beginning of World War 2.

There was a significant drop in personal income, prices, taxes, and international trade as well. There was a rise in unemployment in the United States by more than 22%, and in some countries, it went up as high as 35%.

Many industries were hit hard because of the great depression of the 1930s, including those that were dependent on heavy industries. Construction was stopped literally in many places, and mining was one of the sectors which suffered the most.

This also resulted in the international banking crisis. The crisis caused a great recession, which was one of the severe global recession after the depression of the 1930s. Following the financial crisis of 2007, 2008, in the year 2009, began the European debt crisis and later went on to cause an Icelandic financial crisis.

Icelandic financial crisis was caused by bank failure of three major banks in Iceland, and it was considered one of the largest financial collapses of any country.

Trillions Of dollars were provided in bed outs and stimulus by many governments and central banks like The European Central bank, Federal Reserve, The Bank of England, and many more.

A total of 47 bankers were jailed because of the crisis, half of which were from Iceland.

Financial crises are a phenomenon that has a cause and effect relationship with the functioning of economies. Multiple factors may cause the collapse of economies leading to the financial crisis.

Financial crises started in one place and have a very high chance of spreading to different places, generating a combined collapse.