Home » Economics » What Is Economics? Definition, Overview and Branches

Economics is the scientific analysis of how individuals and groups allocate limited resources for production, distribution, and consumption. It includes the study of how these activities are organized, how they affect each other, and how they adapt to changes in technology, resources, and tastes.

Economics is the study of how people use resources to produce and exchange goods and services. It focuses on the behavior of individuals, businesses, and governments in making decisions about how to allocate resources.

Microeconomics focuses on how individual consumers and firms make decisions, while macroeconomics looks at the economy as a whole. Economics is the study of production, distribution, and consumption of goods and services as a social science.

Economics also studies the distribution of resources and income among individuals and groups. Economics is concerned with the actions and interactions of economic operators, as well as how economies operate.

The aim of economics is to explain how people utilize resources to generate goods and services and, as a result, how these activities change the distribution of limited resources. Economics focuses on human behavior and its relation with businesses, governments, and economies as a whole.

Economics can be used to study a wide variety of topics, including:

Economics plays an important role in our everyday lives. It can help us make financial decisions, understand the effects of price changes on our lives, and predict future economic trends. Economics can also help us understand the working class, businesses, and governments. By understanding how these groups interact with each other, we can make better decisions about the allocation of resources.

Economic forecasts try to predict what will happen to the economy in the future. They look at such things as inflation, unemployment, and interest rates. Welfare Economics is the study of how economic policies can be used to improve the well-being of society. 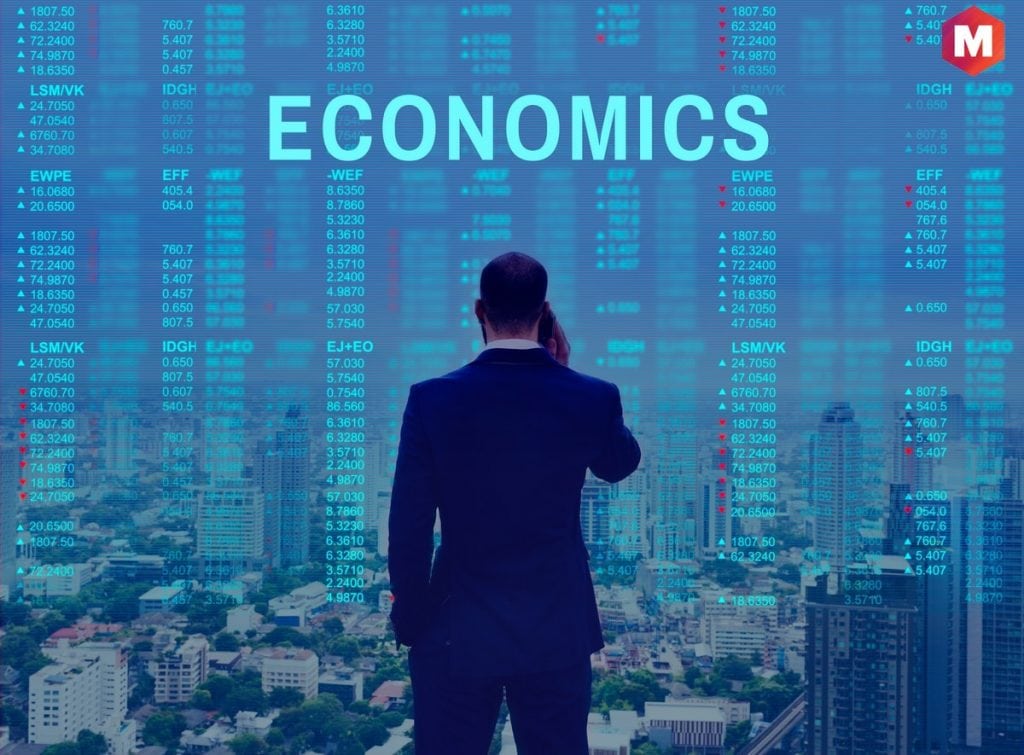 Microeconomics studies revolve around the study of how individual consumers and firms make decisions. Microeconomics is the study of how entities, consisting of a market structure, interact within a market to form a market system. Private and public players with distinct categories are among the participants, who operate under conditions of scarcity in tradable units and minimal government regulation.

In an idealistic sense, an equilibrium between the quantity demanded by buyers and the quantity supplied by sellers in a free market may eventually be reached through changes in prices. For example, when healthcare services have limited supply due to things beyond anyone’s control, those who want access but can’t afford it would be put at an extreme disadvantage.

Microeconomics focuses on the economic choices that individuals and businesses make to determine how to use limited resources. This can include one person, a household, or an enterprise. Economists often analyze why these entities respond differently to changes in prices for goods and services as well as what they demand at various price points.

Macroeconomics studies are the study of how an entire economy—a country or region—functions. It focuses on factors such as gross domestic product (GDP), unemployment, inflation, and trade. Macroeconomic models and their forecasts are used by governments to assist in the development and assessment of economic policy.

Macroeconomics attempts to understand the economy by studying broad aggregates, such as national income, output, and inflation. It also looks at how these interact with each other. Macroeconomic theories try to explain what drives these variables “top-down”, using a simplified form of general-equilibrium theory.

Economic policy-makers use macroeconomic models to assist them in the formulation and evaluation of policies. For example, the United States Federal Reserve uses a model to help it make decisions about interest rates.

Public economics is the study of how government policies affect economic outcomes associated with the public sector. It looks at issues such as taxation, government spending, and inequality.

Public economics is a branch of economics that deals with the economic effects of public policy. It is concerned with how government policies affect economic outcomes, and how those outcomes are distributed among different groups in society.

One of the key issues in public economics is the design of tax systems. Taxation is the primary source of revenue for most governments, and it is therefore important to understand the effects of different tax policies. Another key issue is the design of government spending programs. Government spending can have a positive or negative effect on economic outcomes, and it is, therefore, important to choose wisely which programs to fund and how to fund them.

International economics is the study of how economic activity is affected by global factors, such as trade, investment, and immigration. It also looks at how these factors affect economic growth and welfare.

International economics is concerned with the effects of international trade and investment on economic activity. It also looks at how these activities are affected by global factors, such as exchange rates, interest rates, and inflation.

Labor economics is the study of how workers are hired and paid, and how their labor market activity affects the economy. It looks at issues such as unemployment, wages, and productivity.

Labour theory is concerned with the functioning of the labor market and the determination of wages. It also looks at the factors that affect employment levels, such as job security and working conditions.

One of the significant issues in labor economics is the determination of wages. Wages are determined by the interaction of supply and demand in the labor market. Another key issue is unemployment. Unemployment occurs when there are more workers looking for jobs than there are jobs available.

Development economics is the study of how economic activity is affected by factors that lead to economic development. It looks at issues such as poverty, inequality, and economic growth.

Development Economics is concerned with the study of economic development. It looks at the factors that lead to economic growth, and how those factors can be used to reduce poverty and inequality.

One of the crucial issues in Development Economics is the study of economic growth. Economic growth is the increase in the number of goods and services produced by an economy over time. Another key issue is poverty. Poverty is the condition of having little or no money, and it can be measured in absolute or relative terms.

What Is the Role of an Economist?

An economist is a social scientist who studies the production, distribution, and consumption of goods and services. Economists research and analyze economic issues, such as inflation, interest rates, and unemployment. They also develop economic theories and models to explain how the economy works.

Economists play a vital role in policymaking by providing decision-makers with economic analysis and advice. They also conduct research to improve our understanding of how the economy works.

What Are Economic Indicators?

The GDP is the value of all goods and services produced in a country in a given year. It is used to measure economic growth.

Retail sales data measures the total value of retail sales in a given period of time. This data is important for measuring consumer spending, which is a key driver of economic growth.

Industrial production data measures the output of factories and other industrial businesses in a given period of time. This data is important for measuring economic growth and for making decisions about investment and production.

Employment data measures the number of people employed in a given period of time. This data is important for measuring economic growth and for making decisions about unemployment insurance and other government policies.

The CPI is a measure of the average change in prices paid by consumers for a basket of goods and services. The CPI is used to measure inflation.

What are the Economic Systems? 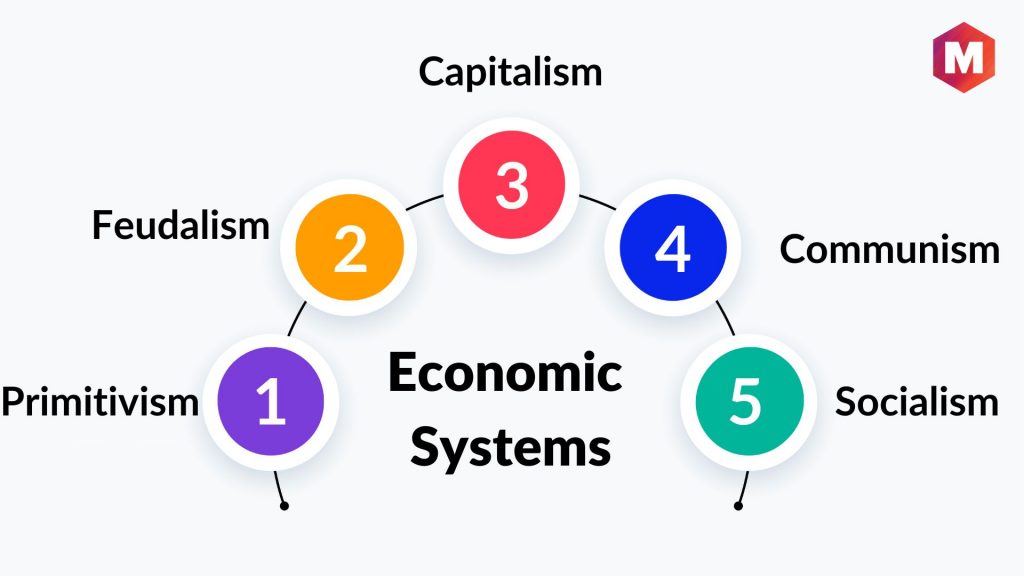 Primitivism is an economic system in which people live in small groups and rely on hunting, gathering, and fishing for their subsistence. This system was the first type of economic system and it was used by early humans.

Feudalism is an economic system in which people are divided into classes based on their ability to produce goods and services. In this system, people who own land or have military power are at the top of the social hierarchy, while those who work the land or provide other services are at the bottom.

Capitalism is an economic system in which private individuals own the means of production, such as factories and land. These owners use these resources to produce goods and services for profit.

Communism is an economic system in which the means of production are owned by the community as a whole. In this system, there is no private ownership of resources and the government makes all decisions about how the resources will be used.

In general, these schools of thought can also be classified in two ways-

Orthodox economics: This is the type of economics that is taught in most universities. It is based on the assumption that people are rational and make decisions in their own best interests.

Heterodox Economics: This is a type of economics that challenges some of the assumptions of orthodox economics. It includes different schools of thought, such as Marxian economics, institutional economics, and feminist economics.

What Is a Command Economy?

A command economy is an economic system in which the government makes all decisions about the production and distribution of goods and services. Command economies are also known as centrally planned economies.

What Is Behavioral Economics?

Behavioral economics is a branch of economics that studies the behavior of individuals and groups in the economy.

Behavioral economists believe that people do not always act in their own best interests or in ways that are rational. They also believe that economic decisions are influenced by psychological factors, such as emotions, social norms, and cognitive biases.

Behavioral economics is a relatively new field of economics. It began to develop in the 1970s and 1980s, with the work of economists such as Herbert Simon, Amos Tversky, and Daniel Kahneman.

Behavioral economics is now widely used in a variety of fields, including marketing, finance, and public policy. It has also influenced the way that some traditional economists think about economic decision-making.

On the concluding note, it is clear that Economics is the study of how people use resources to produce and exchange goods and services.

Economics focuses on the behavior and interactions of economic agents such as consumers, businesses, and governments.

Now in the end, how would you define economics in your word?