What Is Economic Growth?

Economic growth is defined as the rate of development in a country’s economy is measured by the rise in its inflation-adjusted market value. Statisticians use the real gross domestic product, or GDP, to calculate this number.

When an economy’s value of goods and services grows, it becomes more profitable for businesses. This causes stock prices to increase, which gives companies the extra money they need to invest or hire new employees.

Economic growth is an increase in the number of goods and services produced by an economy over a period of time. It is measured as the percentage rate of change in the real gross domestic product (GDP). When the economy is booming, we see an increase in production and services.

Economic growth refers to the expansion of a company’s ability to produce goods and services over time. Measuring tools such as gross national product (GNP) or gross domestic product (GDP) are commonly used to track economic growth, though other metrics exist. Economic growth can be generated by a variety of different factors, including technological advancement, an increase in the labor force, an influx of capital, or an increase in productivity.

You can also read this article on Difference between Economic growth and Economic development.

To eliminate the inflationary impact on manufactured item prices, growth is typically measured in real terms – that is, inflation-adjusted terms – to minimize the influence of price inflation. National income accounting is used to measure economic development. Growth in GDP is measured as the percent change each year, which has both advantages and disadvantages. A country’s economic growth rate can be compared by using the ratio of GDP to population (per capita income).

The “rate of economic growth” is described as the geometric annual rate of increase in GDP from one year to the next over a period of time. This growth rate reflects the trend in GDP over time, with any fluctuations ignored. Intensive growth occurs when economic expansion is driven by more efficient use of inputs (higher productivity of labor, physical capital, energy, or materials). GDP growth owing to an increase in the number of inputs available for usage (an enlargement in population, for example) counts as extensive development.

New goods and services, in addition to their creation, contribute to economic growth. Economic growth usually leads to an improved standard of living. When the economy grows, businesses have more revenue, which they can use to invest in new products and services, hire more employees, and give raises to existing employees. This leads to more money circulating in the economy and higher standards of living for everyone.

Sustained economic growth is essential for the development of any world economy. It is the driver of increases in productivity, incomes, and standards of living. Modern economic growth began in England in the late eighteenth century and then spread to other parts of the world.

Economic research has shown that faster growth rates are associated with higher levels of capital investment, technological progress, and human capital. However, growth rates have been slowing in developed economies since the early 1970s, while they have been rising in many developing economies.

How is it measured? 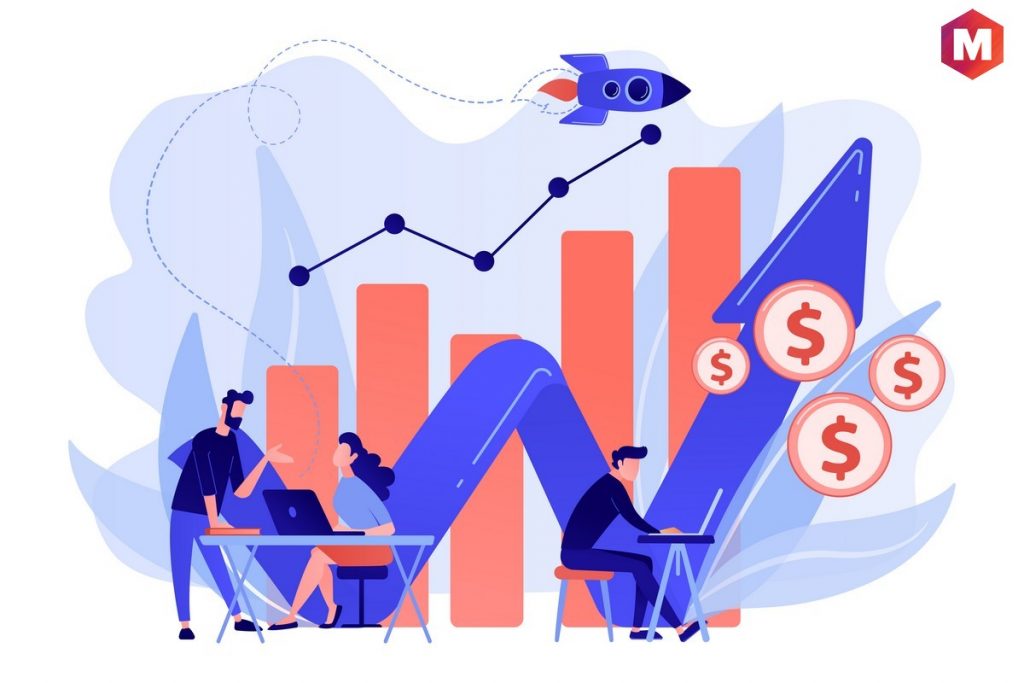 Economic growth is typically measured in terms of gross domestic product (GDP), a dollar value representing the total output of all final goods and services produced within a nation’s borders over a specified period of time.

In contrast, gross national product (GNP) represents the total output of all final goods and services produced by citizens of a country, regardless of their location. For example, if a U.S.-based multinational corporation (MNC) manufactures products overseas and sells them in the United States, only the value of the goods sold in the United States will be included in GDP. The entire value of the output, including what is produced overseas, would be counted in GNP.

How Does Economic Growth Work?

Economic growth can be generated by a variety of different factors, including technological advancement, an increase in the labor force, an influx of capital, or an increase in productivity. Technological advancement occurs when businesses develop new and improved ways to produce goods and services. This could involve developing new products, improving production processes, or finding more efficient ways to distribute goods and services.

One of the most important things a government can do to spur economic growth is to invest in human capital. This includes investing in education and training so that people have the skills they need to be productive workers.

Another way to spur economic growth is to encourage innovation. This could involve investing in research and development, or providing tax breaks or other incentives for businesses to develop new products or processes.

Economic growth can also be promoted by encouraging entrepreneurship. This could involve providing training and resources for people who want to start their own businesses or reducing regulations that make it difficult to start a business.

4. An increase in the number of physical capital goods in the economy

Economic growth can also be spurred by an increase in the amount of physical capital goods in the economy. This could involve investing in infrastructures, such as roads, bridges, and railways.

Another way to spur economic growth is to improve the business environment. This could involve making it easier to start and operate a business, reducing bureaucracy, or improving the legal and regulatory environment.

6. By increasing trade and investment

Economic growth can also be promoted by increasing trade and investment. This could involve negotiating free trade agreements, investing in export promotion, or providing tax breaks or other incentives for businesses to invest in other countries.

Economic growth can also be spurred by growing the labor force. This could involve increasing immigration, encouraging women to enter the workforce, or increasing the retirement age.

There are many different ways to spur economic growth. The most important thing is for government policies to be well-designed and targeted so that they have the maximum impact on economic growth.

Which factors contribute to Real Per Capita Economic Growth? 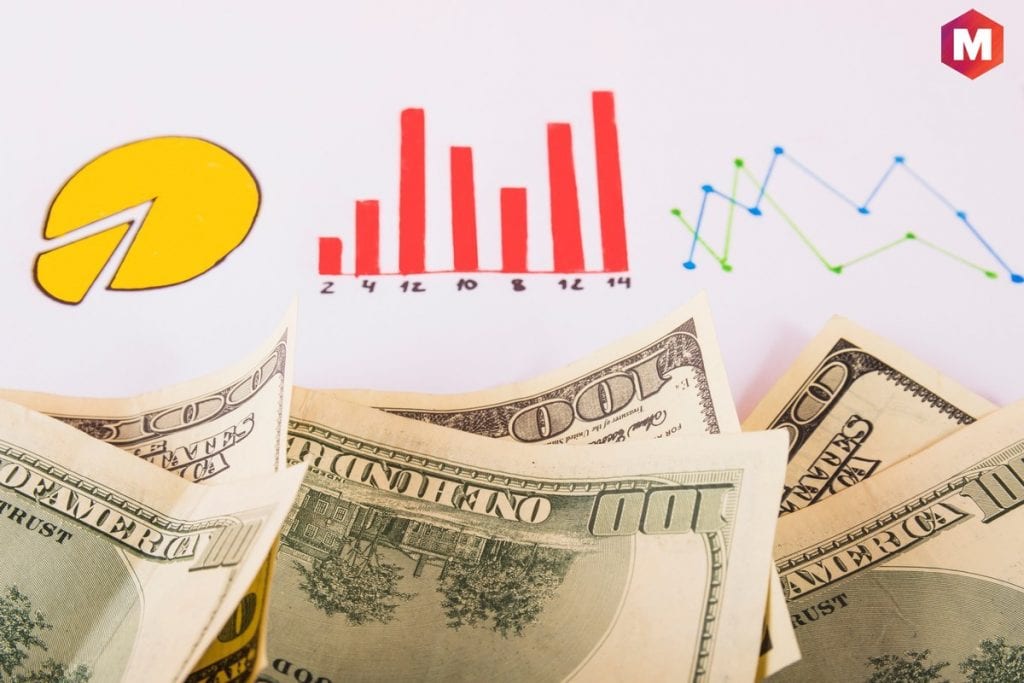 How To Measure Economic Growth?

Economic growth can also be measured in terms of employment growth. This is a measure of how many new jobs are being created in an economy. It is a good measure of economic growth because it shows how much an economy is expanding and creating new opportunities for people to work.

What GDP Does (and Does Not) Include?

GDP includes all of the final goods and services produced within a country’s borders in a given period of time. This includes the production of both tangible goods (such as cars, computers, and furniture) and intangible services (such as haircuts, medical care, and education).

Additionally, GDP does not include non-production activities, such as child care, housework, and volunteer work. These activities may be important, but they do not contribute to the production of goods and services.

Finally, GDP does not include illegal activities, such as the production of drugs or the sale of stolen goods. This is because these activities are not included in official statistics.

The Phases of Economic Growth

These phases are also understood as expansion, peak, contraction, and trough. 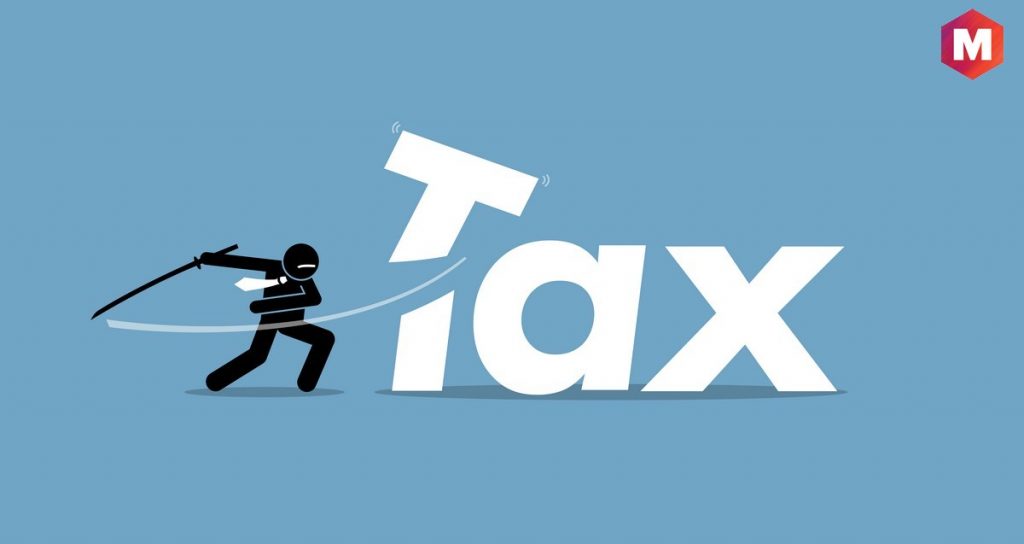 There are a variety of different tax cuts that can be enacted, but the most common are income tax cuts and corporate tax cuts.

Income tax cuts: Income tax cuts are typically enacted in order to give people more money to spend. The reasoning behind this is that people will use the extra money to buy goods and services, which will spur economic activity and ultimately lead to more economic growth.

It is important to note that tax cuts are just one of many factors that can impact economic growth. Other factors, such as the overall health of the economy, can also have a significant impact.

Economic growth is an important metric to track because it can provide insights into the overall health of an economy. Additionally, countries that experience economic growth typically see an improvement in their standard of living.

However, labor productivity is still relatively low in many developing countries. In developed countries, productivity growth has been slowing down in recent years. This is a major challenge for the global economy.

Economic growth is essential for raising living standards and reducing poverty. It is also important for ensuring that countries can provide adequate social services and infrastructure.

Governments need to focus on policies that can promote economic productivity. These include investing in education and health, improving the business environment as well as business investment, and promoting entrepreneurship to spur growth.