What is Economic Depression?

An economic depression is a financial crisis that impacts an economy on a macro level and is typically the result of a prolonged period of negative activity as measured by the Gross Domestic Product (GDP) rate. A recession is when GDP declines by a few percentage points and lasts for around a year. Depression is deeper, longer lasting, and has sharper decreases in GDP.

Economic depression is a severe downturn in economic activity. It is characterized by high unemployment, low production, and low incomes. A depression occurs when there is a sustained decrease in economic activity for some time. Depressions are relatively rare events, but when they occur, they can have a major impact on the economy and people’s lives.

There is no single cause of economic depression. They can be caused by a variety of factors, including financial crises, natural disasters, and political changes. However, all economic depressions have one thing in common: they are characterized by a sustained decrease in economic activity.

Economic depressions are relatively rare events. However, when they do occur, they can have a major impact on the economy and people’s lives. Companies going out of business is the eventual result of worsening consumer confidence that leads to a decrease in demand: this is what primarily causes an economic depression.

Economic depression is a severe economic downturn that can last for months or even years. It is characterized by high unemployment, low output, and negative GDP growth. Central banks and other economic institutions often take measures to try and stimulate the economy during an economic depression, but these efforts can sometimes be unsuccessful. Economic depressions can often lead to social unrest and even revolution.

While World War II was unquestionably a global conflict, certain of its underlying causes have been unveiled to be economic in nature. Hitler’s path to power was made easier by the Great Depression and a decline in international trade, as he promised economic revival.

The Great Depression was a global economic downturn that began in 1929 and lasted for years. It was the worst economic crisis in history. In the United States, the Great Depression led to a significant increase in unemployment and a severe decline in output.

The National Bureau of Economic Research estimates that the American economy contracted from 1929 to 1933 and the unemployment rate rose to 25%. The severe economic downturn also resulted in a decline in the money supply and a decrease in bank lending. The Federal Deposit Insurance Corporation (FDIC) was created during the Great Depression to insure bank deposits and prevent runs on banks.

Depression is more intense and lasts longer than a recession. A recession is a part of the business cycle that usually happens when GDP contracts for two quarters or more. Depression is a much bigger drop in economic activity that can last for years instead of just a few months. This increases the likelihood of recessions: since 1854, there have been 33 recessions in the United States, but only one depression. Furthermore, a recession is biannual and classified by economists when there are two-quarters of negative growth in GDP, even if the duration of those periods is short. Depression is classified by more than a 10% decrease in one year’s GDP.

Causes of an Economic Depression 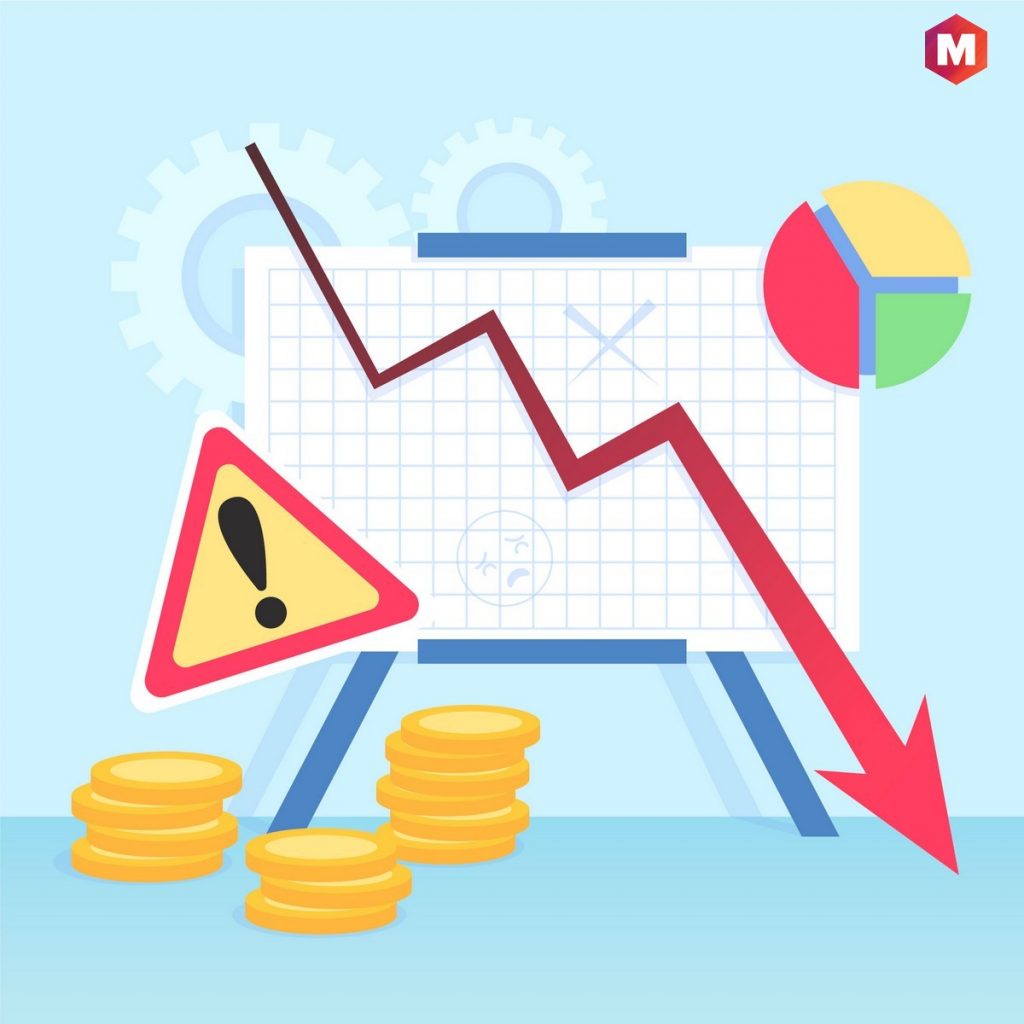 Economic depression can be caused by a variety of factors, including financial crises, natural disasters, and political changes. However, all economic depressions have one thing in common: they are characterized by a sustained decrease in economic activity. Let us have a look at some of the causes-

Economic depressions can be difficult to identify, but looking for these indicators can help you tell if an economy is heading towards one. If you see these signs in an economy, it’s important to take action to protect yourself and your family.

Strategies to Prevent an Economic Depression

There are a few things that individuals and governments can do to prevent an economic depression.

How to Prepare for an Economic Depression 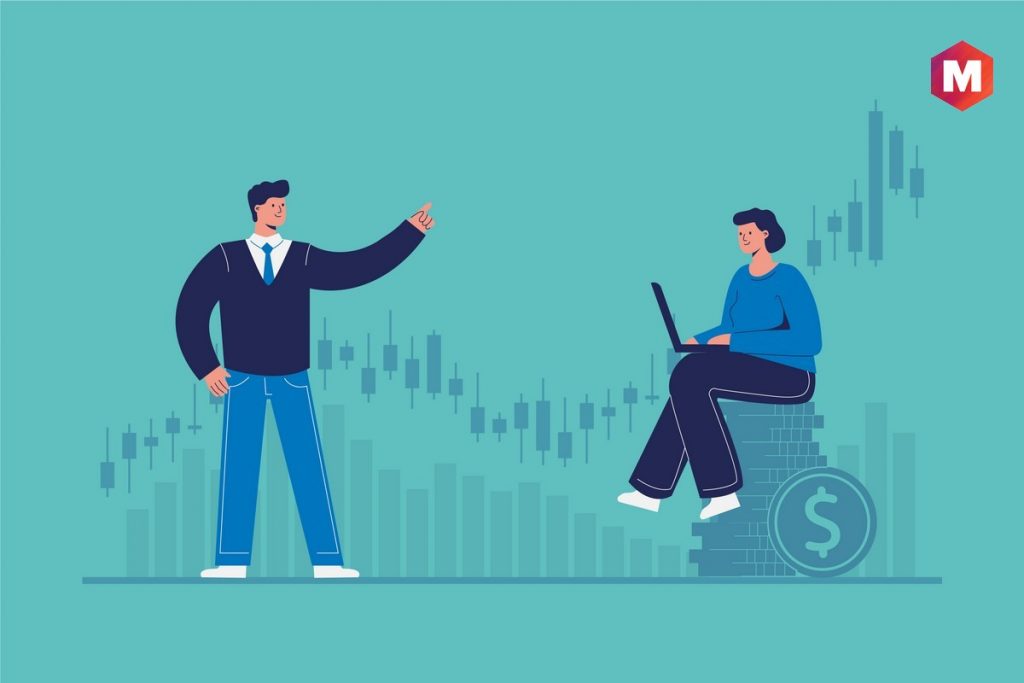 There are a few things that you can do to prepare for an economic depression.

1. Save money: One of the best things you can do to prepare for an economic depression is to save money. Having savings can help you weather the storm if you lose your job or have a decrease in income. Aim to save at least 3-6 months of living expenses so that you can tide yourself over during tough times.

2. Invest in assets: Another way to prepare for an economic depression is to invest in assets. This could include investing in stocks, bonds, or real estate. During challenging times, these assets can help you weather the storm while possibly even growing your money.

5. Educate yourself: Finally, one of the best things you can do to prepare for an economic depression is to educate yourself. Learning about economics and investing can help you make better decisions with your money. Learning this information can help you stay afloat and potentially thrive during difficult economic periods.

The General Crisis of 1640 was a period of economic and political turmoil that lasted for several years. The crisis began in England and quickly spread to other parts of Europe. The crisis was caused by different factors, including the English Civil War, the Dutch Revolt, and the Thirty Years’ War. The crisis resulted in widespread unemployment, inflation, and poverty.

The Great Depression of 1837 was a global economic depression that lasted from 1837 to 1843. The depression was caused by a wide variety of factors, including the Panic of 1837 and the collapse of the banking system. The effects of the depression were felt in countries around the world, and it was one of the longest and deepest economic downturns in history

The Panic of 1837 was a financial crisis that occurred in the United States. The panic was caused by several factors, including the failure of several banks and the collapse of the real estate market. The economic depression that followed the Panic of 1837 lasted for several years and was one of the longest and most severe in American history.

On a concluding note, it is clear that an economic depression is a severe and prolonged downturn in economic activity. It is characterized by high unemployment, low production, and low incomes. Economic output contracts, labor statistics worsen, and businesses close.

Economic depressions are rare but not unheard of. They can be caused by a variety of factors, including financial crises, natural disasters, or political unrest. Economic depression can have a devastating impact on people’s lives and can take years to recover from.

What are your thoughts on this topic? Let us know in the comments below!