What are Economic Conditions?

Economic conditions are the general state of the economy at a given time. They can be measured in terms of GDP, inflation, unemployment, and other factors. Economic conditions can have a significant impact on business activity, investment decisions, and consumer spending.

The term “economic conditions” encompasses the current state of affairs for the economy in any given country or region. These conditions are known to change periodically along with shapes in the business and economic cycles, as an economy experiences times of growth and decline.

Economic conditions are defined as the current state of the economy in a specific country or region. These conditions are constantly changing as different business and economic cycles come and go.

The economy is a collection of people and organizations who produce, consume, and trade goods and services. The state of an economy affects the scale of production and consumption activities that influence how resources are allocated. Many stakeholders, including government bodies, businesses, consumers, investors, and others keep track of economic conditions.

Economic conditions can have a significant impact on business activity, investment decisions, and consumer spending.

The term “economic circumstances” covers the state of the economy in any country or area at a particular time. These conditions are known to change periodically along with shapes in the business and economic cycles, as an economy experiences times of growth and decline.

These conditions are known to change periodically along with shapes in the business and economic cycles, as an economy experiences times of growth and decline. Some of the notable reasons behind their importance are-

Economic conditions are important for businesses as they provide essential information that can be used in planning and strategic decision-making. For example, if a company is planning to expand its operations, it will need to consider the current state of the economy and whether or not now is a good time to do so. The same can be said for making investment decisions; if economic conditions are favorable, businesses may be more likely to invest in new projects or products.

Economic conditions can have a significant impact on business activity, investment decisions, and consumer spending. 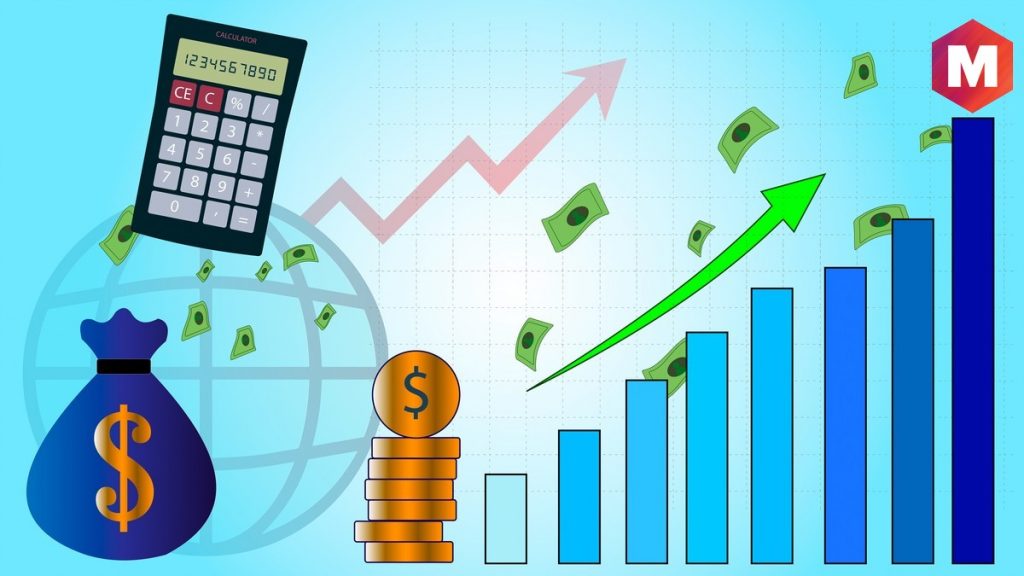 Some of the examples of lagging indicators are-

Some of the examples of leading indicators are

Economic conditions can have a significant impact on business activity, investment decisions, and consumer spending. It is important to monitor both leading and lagging indicators to get a complete picture of the health of the economy.

Key Characteristics of an Economy 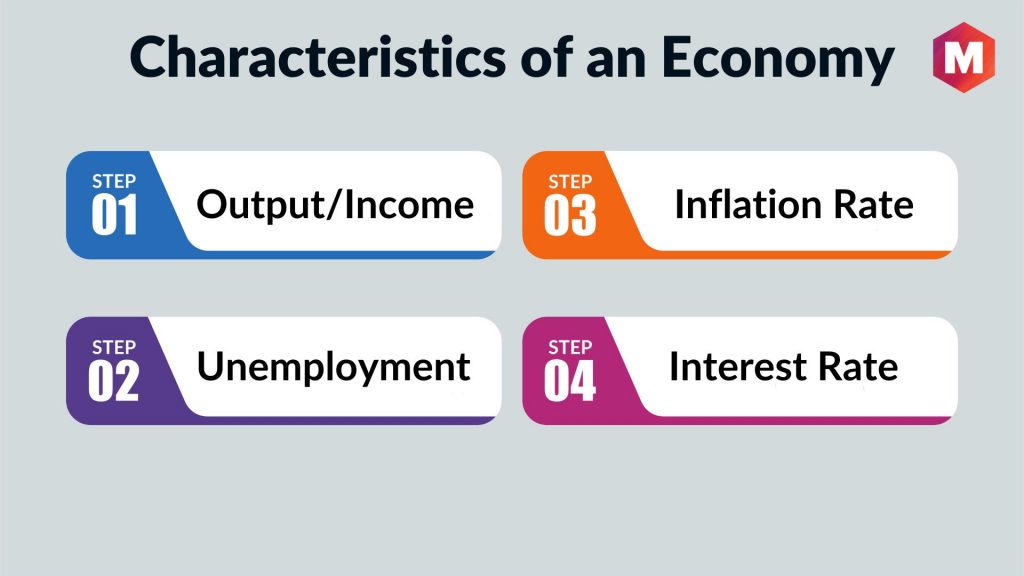 An aggregate output measure is a summary of an economy’s overall economic activity. Because the production or generation of goods and services generates revenue, any aggregate output indicator is closely related to an aggregate income figure.

The gross domestic product (GDP) is a widely used aggregate output measurement in the United States (GDP). Another common output measure is gross national product (GNP). It is very similar to GDP, but GNP includes output generated by a nation’s citizens even when they are living and working abroad.

Unemployment measures the percentage of workers in the labor force who are unable to find jobs. The unemployment rate is one of the most closely watched economic indicators because it can provide insights into the health of the economy. A high unemployment rate can indicate that the economy is struggling and may be heading into a recession.

Inflation is a measure of the average change in prices over time. The inflation rate is the percentage change in the price level from one year to the next.

A high inflation rate can indicate that the economy is overheating and may be headed for a period of slower growth.

It is important to distinguish between inflation and price increases. A price increase is a one-time event that results in a higher price for a good or service. Inflation is a sustained increase in the price level.

Interest rates are typically set by central banks, such as the Federal Reserve in the United States. Central banks use interest rates to influence the level of economic activity in an economy.

Housing starts are a leading indicator of economic activity. They are a measure of the number of new homes that are being built in an economy. An increase in housing starts typically indicates that the economy is expanding and that there is increased demand for housing. This can lead to higher prices for existing homes and increased construction activity.

Building permits directly impact economic activity because they dictate the number of new homes being built. Increasing building permits are generally taken as a sign that the economy is growing and that there is greater demand for housing. This might cause existing properties to become more expensive and increase development activity.

Factory orders give analysts an indication of how the economy is performing. The demand for goods and services from factories helps us understand if businesses are expanding or contracting. An increase in new factory orders usually indicates that the economy is doing well and that people are demanding more goods and services. This often results in higher production levels and employment.

The amount of goods and materials that businesses have on hand is called a business inventory. This number is used as a leading indicator of future economic activity. A rise in business inventories usually indicates that firms anticipate stronger demand for their goods. This can lead to greater manufacturing and employment levels.

A composite index of several economic indicators is called the leading indices. It is used to anticipate future economic development. When the index of leading indicators rises, it usually indicates that the economy will develop in the future. This may result in greater employment and production.

Economic conditions are determined by a variety of factors, including monetary and fiscal policy, leading economic indicators, and the global economy. By understanding how these factors influence economic conditions, we can get a better sense of what to expect in the future and make more informed decisions about our finances.