What is a downtrend?

A downtrend is a pair of lower peaks and valleys, which reflects investors’ changing opinions. A decline is fueled by a shift in the supply of stocks wanted to be sold versus the demand for the stock by investors wanting to buy it. Downtrends are driven by external events such as market fluctuations or corporate activity changes.

A downtrend is a sustained period of falling prices in a market. Downtrends can happen in stocks, bonds, commodities, and other assets. They are typically caused by a combination of factors, including economic slowdowns, negative news, and selling by large institutional investors.

Downtrends can last for days, weeks, months, or even years. They can be identified by a series of lower peaks and troughs on a price chart. Downtrends can also be confirmed by other technical indicators, such as the relative strength index (RSI) and moving averages.

How to identify a downtrend? 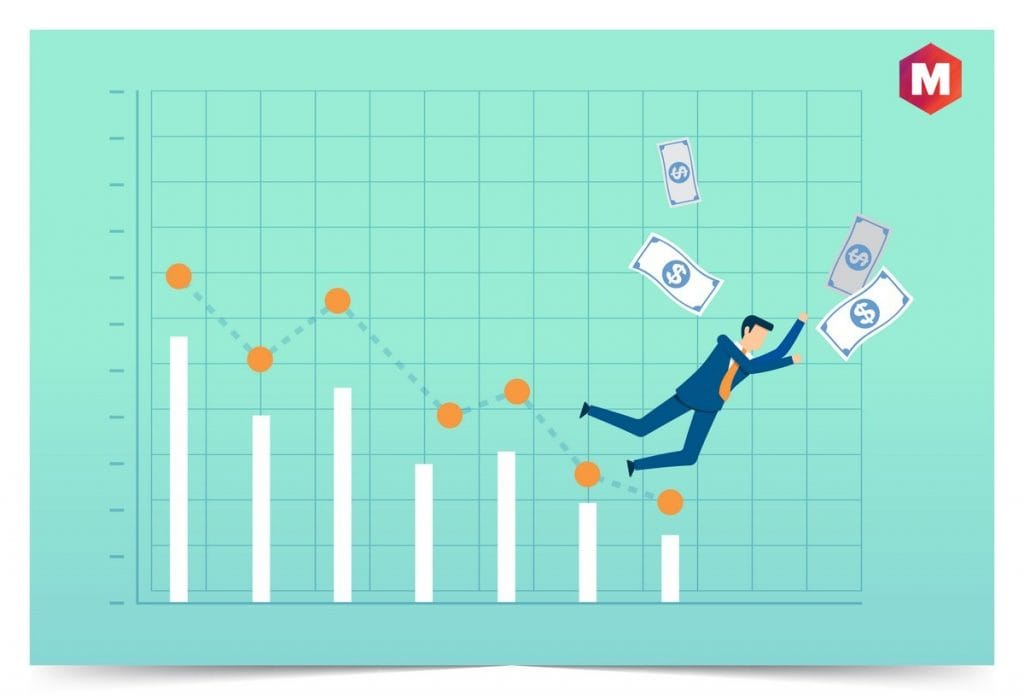 Downtrend describes a general decline in prices. A downtrend may be caused by different factors, including weak economic conditions or bearish market sentiment. Downtrends usually occur over a longer period of time than other types of price movements.

If you’re a trader, then it’s important to be able to identify downtrends. A downtrend is a sustained decline in asset prices – typically stocks. Downtrends can be seen on charts, and many traders use moving averages to help identify them.

1. Looking at direction of the stock price

3. Looking at the chartered market technician

Next way to identify a downtrend is to look at the chartered market technician. If you see a sustained downtrend, then that’s a good indication that there’s a downward trend.

Dow theory is one of the most well-known methods for analyzing downtrends. According to dow theory, there are three phases of a downtrend: the accumulation phase, the distribution phase, and the mark-down phase.

There are many other related terms that are important to understand when analyzing downtrends. Some of these terms include support and resistance, trend lines, and price patterns.

If you’re able to identify these downtrends, then you can take advantage of them and make some profits. However, if you’re not careful, then you can also lose money. So it’s important to be aware of the risks involved. 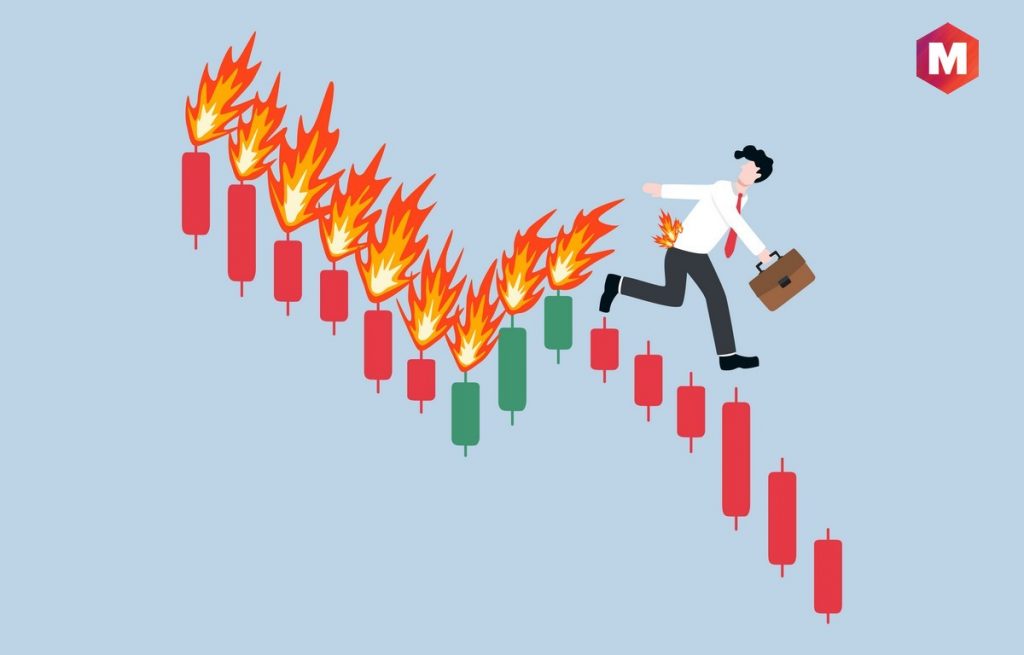 The most common way to trade a downtrend is by short selling or buying put options. Short selling involves borrowing shares of the security you hope to sell from another investor and selling the borrowed shares in the open market, hoping the price falls so you can buy them back at a lower price and return them to the original owner.

Downtrends can also be traded using exchange-traded funds (ETFs) that track market indexes or sectors. For example, the SPDR S&P 500 ETF (SPY) tracks the S&P 500 index, which is made up of large-cap U.S. stocks.

If you believe the stock market is going to decline, you could sell the SPY. Inverse ETFs are designed to move in the opposite direction of their underlying indexes or benchmarks.

For example, the ProShares UltraShort S&P 500 ETF (SDS) is designed to move two times the inverse of the daily performance of the S&P 500 index. So if the S&P 500 falls 1% in a day, the SDS would be expected to rise 2%.

Downtrends can also be traded using technical analysis. Technical analysts look for chart patterns that can signal when security is about to move higher or lower.

Some common chart patterns that can signal a downtrend include head and shoulders, double tops, and triple tops.

Downtrends can also be traded using trend lines. A trend line is a straight line that connects two or more price points on a chart.

Downtrends can be identified by drawing a line that connects the highs of each price swing. The line should be sloping downward. Once the downtrend line is broken, it signals that the trend may be over and that the price could start to move higher.

When trading downtrends, it’s important to manage risk carefully, as the market can move quickly and unexpectedly.

Downtrends can last for extended periods of time, so it’s important to have a well-defined trading plan before entering any trade.

One of the most reliable ways to identify a downtrend is by looking for lower peaks and troughs. In an uptrend, each successive peak will be higher than the previous one, and each successive trough will also be higher.

In a downtrend, the pattern is reversed: Each peak will be lower than the last, and each trough will also be lower. This is a clear sign that the trend is heading lower.

Downtrends can be caused by a number of factors, including economic recessions, wars, natural disasters, and political turmoil. When these events occur, they can have a negative effect on stock prices, causing them to fall.

Downtrends can also be caused by poor earnings reports, disappointing economic data, or negative analyst ratings. These factors can cause investors to lose confidence in a company and sell their shares, driving the price down.

Example of a Prolonged Downtrend during financial crisis of 2008-2009

One example of a prolonged downtrend occurred during the financial crisis of 2008-2009. During this time, the stock market fell sharply, and many investors lost a great deal of money. The Dow Jones Industrial Average, for example, fell from a high of 14,164 in October 2007 to a low of 6,547 in March 2009, a decline of more than 54%. Many other indexes also fell by 50% or more during this time.

The financial crisis was caused by a number of factors, including the collapse of the housing market, subprime mortgage loans, and high levels of debt. These factors led to a sharp decline in stock prices, which lasted for several years. Many investors lost a great deal of money during this time, and it took the stock market several years to recover.

Investors who are considering entering a downtrend should be aware of the risks involved. Downtrends can last for extended periods of time, and the market can move quickly and unexpectedly. It’s important to have a well-defined trading plan before entering any trade.

An exit strategy is a plan for getting out of a trade if it goes against you. A good exit strategy will help you to limit your losses and preserve your capital. There are a number of different exit strategies that traders can use, and the best strategy will depend on the market conditions and your own trading style.

One exit strategy is to set stop-loss order. A stop-loss is an order to sell a security when it reaches a certain price. This price is typically below the current market price, and it is used to limit your losses if the price falls. Stop-loss orders are typically placed with a broker, and they can be executed automatically if the security reaches the specified price.

Another exit strategy is to take profits when the price reaches a certain level. This level is typically above the current market price, and it is used to lock in your profits if the price rises. Taking profits can be done by selling the security or by closing your position.

The best exit strategy for you will depend on your own trading style and the market conditions. Exit strategies are an important part of risk management, and they can help you to limit your losses and preserve your capital.

Price Structure of a Downtrend 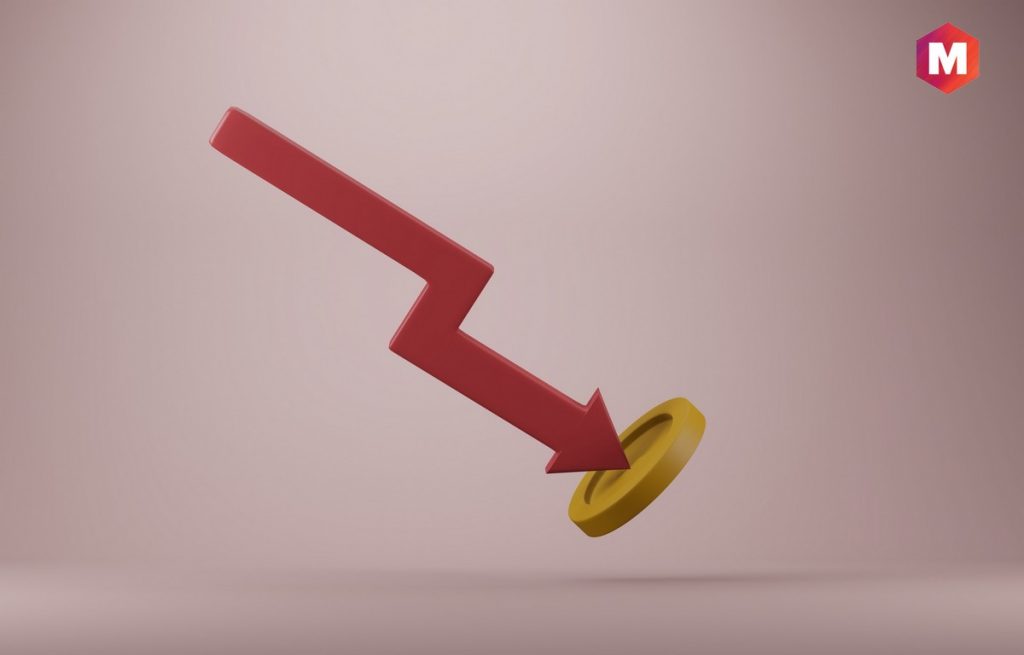 Investors who are considering entering a downtrend should be aware of the risks involved. Downtrends can last for extended periods of time, and the market can move quickly and unexpectedly. It’s important to have a well-defined trading plan before entering any trade.

What Reverses a Downtrend?

When it comes to analyzing the markets, one of the most important things to keep in mind is the concept of a broader downtrend. This simply refers to a sustained period of time where prices are consistently falling.

There are a few key things that you need to look for in order to identify a downtrend. First, you want to see a series of lower lows. This means that each successive low is lower than the one before it.

You also want to see a series of lower highs. This means that even though prices may be bouncing around, they are not able to break above previous highs. Finally, you want to see some sort of momentum indicator, like the RSI, heading lower. This is just confirmation that the downtrend is indeed intact.

Once you have identified a downtrend, you can then start looking for opportunities to enter short positions. The best way to do this is to wait for prices to bounce off of support and then open your position when prices start to head lower again.