What is Dotcom Bubble?

Dotcom Bubble is defined as a sudden rise in the stock prices of Dotcom companies that is fueled by irrational exuberance and speculation, followed by a sharp crash when the bubble bursts.

The Dotcom Bubble was a period of time in the late 1990s when there was an excessive increase in the valuation of dot-com companies. This bubble eventually burst, leading to many of these companies going bankrupt. Those that survived were able to adapt and are still around today.

Investors or venture capitalists were throwing money and making venture capital investments at new tech companies, and many of them went public with little to no revenue. The tech bubble eventually popped, and lots of people lost money. The Dotcom Bubble was caused by a number of factors including:

During this time, there was a lot of speculation and irrational exuberance surrounding dot-com companies. Many people were investing in these companies without really understanding what they were investing in. This eventually led to the Dotcom Bubble bursting and many people losing a lot of money.

Causes of the Dotcom Crash 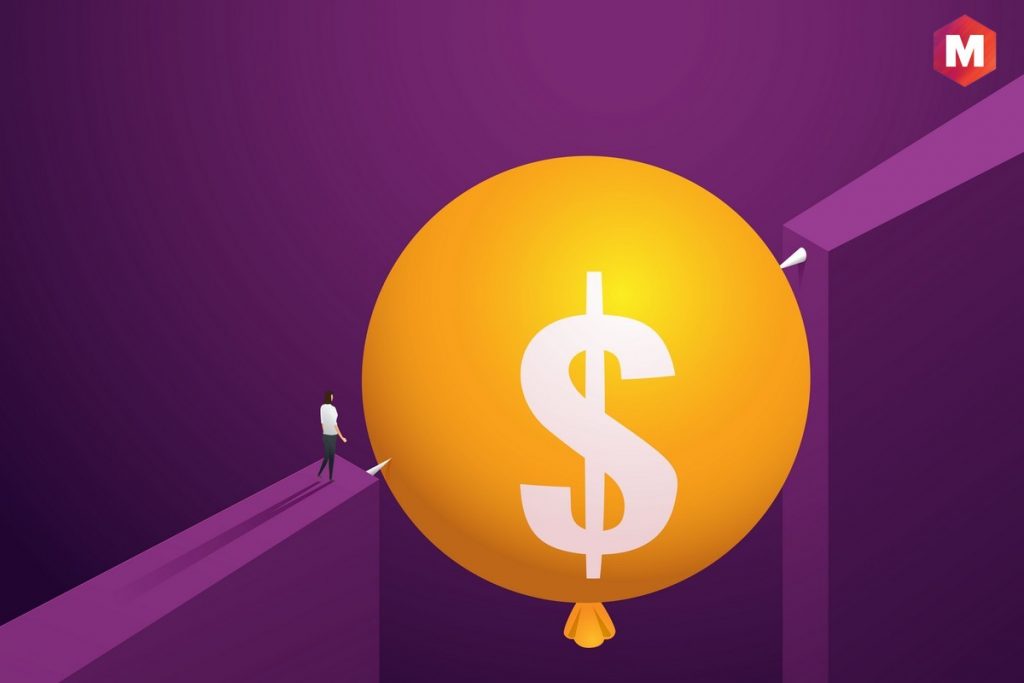 There was a lot of venture capital being invested in Dotcom companies during the Dotcom Bubble. This led to these companies becoming overvalued as investors were speculating on their future success.

This was a time when stocks overall were struggling. After the stock market crash of 1987, there was a recession in the early 1990s. This made people more risk-averse and less likely to invest in stocks.

How the Dotcom Bubble Burst

The 1990s was an era of great technological progress in many fields. However, the commercialization of the Internet triggered the most significant capital growth boom in American history.

Many high-tech companies such as Intel, Cisco, and Oracle were responsible for organic growth in the technology industry, but it was upstart dot-com firms that sparked the stock market rally that began in 1995.

The initial public offerings (IPOs) of these companies, which were often oversubscribed and had little to no revenue, led to a Dotcom Bubble. The Dotcom Bubble reached its peak in March 2000 when the Nasdaq Composite Index, which is dominated by tech stocks, peaked at 5,132.52.

How long did the dot-com bubble last?

Why did the dot-com bubble burst?

When the capital started to run out, the dot-com bubble burst.

The capital was plentiful in the years leading up to the bubble, and low-interest rates, Internet adoption, and a fascination with technology firms allowed it to flow freely.

Valuations rose as a result of this free money and eventually ran out. This resulted in the market collapsing when many businesses that didn’t even have a business plan or product went bankrupt.

Characteristics of the Dotcom Era

Investors were suddenly, and perhaps unjustifiably, swept away by the current.

The craze for buying internet-based stocks was tremendous; many so-called dot-coms were established. Because they worked in a fast-growing industry, they required funding.

Instead of concentrating on the fundamental company analysis, which includes an examination of company earnings potential and business plans, many investors concentrated on the wrong metrics such as website traffic growth generated by startup firms.

Most companies didn’t employ viable business models, such as cash flow generation; as a result, they were grossly overvalued and highly speculative. It culminated in a bubble that grew rapidly for many years.

When these firms were acquired at extravagant valuations, huge amounts of money poured into the market, pushing share prices even higher. As a result, the bursting of the bubble was unavoidable and resulted in a stock market crash that was more visible on the NASDAQ Stock Exchange.

The bursting of the dot-com bubble was a traumatic event that caused stock sell-offs in excess of 50% as demand fell and venture financing restrictions accelerated the decline. The crash also resulted in a large number of job losses in the IT sector, since such things are sometimes unavoidable.

Dotcom mania began to collapse in 1999, and the decline accelerated throughout 2000 and 2002. Several IT firms that went public during the era filed for bankruptcy or were acquired by other businesses. Others clung to life as their stock plummeted to levels that were never imagined.

How to Avoid Another Bubble

When you’re looking to invest in a company, do your own research. Read the company’s filings with the SEC, pay attention to the company’s fundamentals, and don’t get caught up in the hype.

Many investors during the Dotcom Bubble were investing in companies based on what they hoped or expected the company would be worth in the future. This is known as “investing of expectation” and it’s a dangerous practice that can lead to big losses.

A company’s beta coefficient is a measure of its volatility. A high beta means the stock is more volatile and therefore riskier. During the Dotcom Bubble, many investors were buying stocks with high beta coefficients without understanding the risks involved.

What It Means for Individual Investors 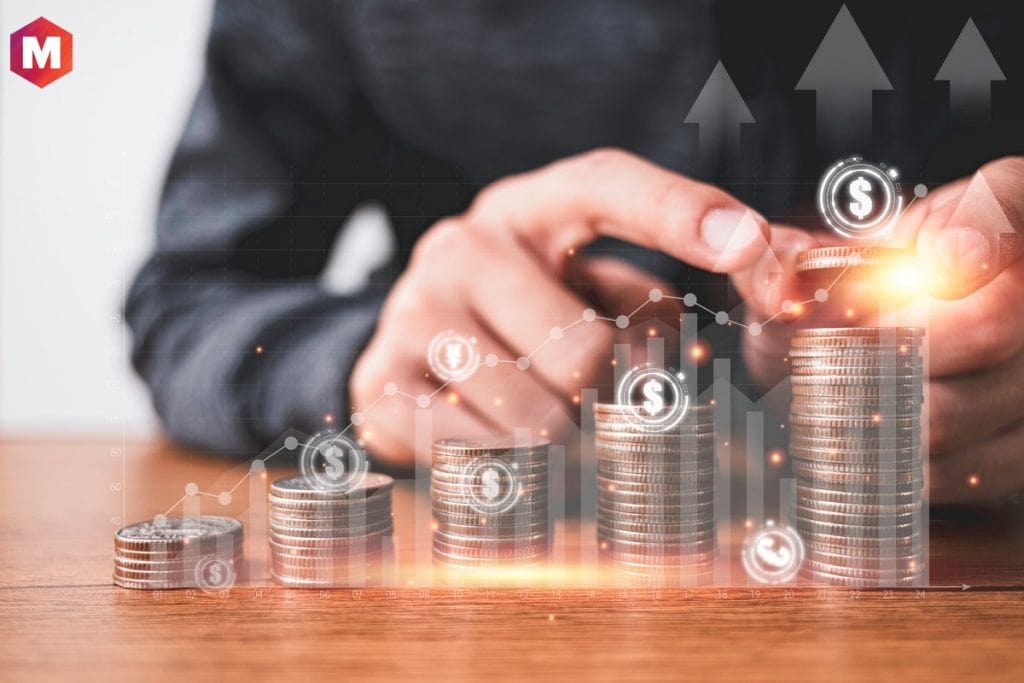 For individual investors, the Dotcom Bubble is a reminder that it’s important to do your own research and to avoid getting caught up in the hype.

It’s also important to remember that stock prices can go up or down in the short term, but over the long term, stocks have always gone up. So, if you’re patient and disciplined, you can make money even after a market crash.

Which Companies Survived the Dot-Com Collapse?

While many companies didn’t survive the Dotcom Bubble, there were a few that did. These companies were able to weather the storm and are now some of the most successful companies in the world.

Some of the most notable companies that survived the Dotcom Bubble include Amazon, Google, and eBay. These companies have not only survived, but they’ve thrived in the years since the bubble burst.

Amazon, for example, was founded in 1994 and went public in 1997. The company was able to weather the Dotcom Bubble and is now one of the most valuable companies in the world with a market cap of over $1 trillion.

Google, another Dotcom survivor, was founded in 1998 and went public in 2004. The company has also become one of the most valuable companies in the world with a market cap of over $800 billion.

eBay is another Dotcom-era success story. The company was founded in 1995 and went public in 1998. eBay is now a multi-billion dollar company with operations in more than 30 countries.

Which Companies Went Under During the Dot-Com Crash?

While there were a few companies that were able to survive the Dotcom Bubble, many others weren’t so lucky. These companies went under during the Dotcom Crash and were never able to recover.

Some of the most notable Dotcom era failures include Webvan, Pets.com, and eToys. These companies were all venture-funded startups that raised a lot of money during the Dotcom Boom.

Pets.com was another Dotcom-era casualty. The company raised over $100 million in venture capital and went public in 2000. However, the company quickly ran out of money and ceased operations in November of 2000.

eToys was another high-profile Dotcom failure. The company raised over $166 million in venture capital and went public in 1999. However, eToys was never profitable and filed for bankruptcy in February of 2001.

How Did the Dot-Com Crash Affect the Economy? Did It Cause a Recession?

The Dotcom Crash had a significant impact on the economy. While it didn’t cause a recession, it did lead to job losses, decreased consumer spending, and lower stock prices.

The Dotcom Crash led to the loss of millions of jobs. Many Dotcom-era startups were founded on the premise that they didn’t need many employees to be successful.

However, when the Dotcom Bubble burst, these companies quickly ran out of money and had to lay off workers. As a result, the Dotcom Crash led to job losses in many industries including technology, retail, and advertising.

The Dotcom Crash also led to decreased consumer spending. Many Dotcom-era startups were focused on selling to consumers.

However, when the Dotcom Bubble burst and these companies went out of business, consumer spending decreased significantly. This decrease in consumer spending had a ripple effect on the economy and led to lower stock prices and job losses.

In short, while the Dotcom Crash didn’t cause a recession, it did have a significant impact on the economy. The Dotcom Crash led to job losses, decreased consumer spending, and lower stock prices. These effects were felt throughout the economy and led to a slowdown in economic growth.

How to Invest After a Market Crash

If you’re thinking about investing after a market crash, there are a few things you need to keep in mind.

Second, after a market crash, there will be opportunities to buy stocks at a discount. Many stocks will be oversold and will be trading at prices below their intrinsic value. Hence, it’s essential to do your research and to only invest in companies that you believe are undervalued.

Fourth, having patience is also crucial here. After a market crash, it will take time for the market to recover. Therefore, it’s important to be patient and not sell your investments at a loss.

Investing after a market crash can be a great opportunity to make money in the long term. However, you should remember that the stock market is volatile and there will be ups and downs. You should also stay invested for the long term and have a diversified portfolio. Finally, it’s important to have patience and not sell your investments at a loss.

Internet companies, also known as dot-coms, were all the rage in the late 1990s. They were new, they were hip, and they were making a lot of money. But then, the dot-com bubble burst, and many of these companies went out of business.

Today, the technology sector is once again on the rise, and internet stocks are doing well. But some experts are worried that we’re in for another dot-com-style crash. Only time will tell.

What are your thoughts on the current state of the internet and technology? Are we in a bubble? Let us know in the comments!