The banking system in India is regulated by the Bank of banks “Reserve bank of India. The apex bank “Reserve Bank of India” is monetary authority governs all types of banks if India such as commercial banks, cooperative banks, and also development banks.

In the year 1993, after the introduction of liberation policy, private sector banks came in India. However, at present, both types of banks are working efficiently by providing a variety of services and facilities to people. However, because of the large number of banks in the country, tough competition can be observed among the banks.

In this article, you will learn about both public sector banks versus private sector banks and key differences between both types of banks.

What is a Public Sector Bank?

Public sector banks can be classified into two broad categories which are State bank and its associates and nationalized banks. There is a total of 21 Public Sector banks in India. These banks are of different sizes and value.

All public sector banks have their own organizational structure, business model, and human resource policies. These banks have cut-throat competition among them in the market sector.

Following is a list of all Public Sector Banks in India in 2019.

What is a Private Sector Bank? 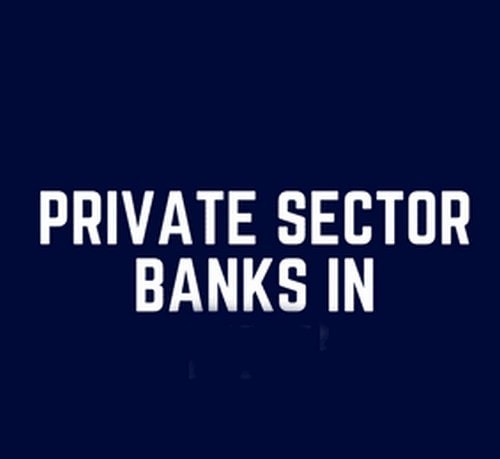 In private Sector banks, a large portion of market shares is held by private entities or private shareholders and a government holds a smaller portion of market shares of these banks. However, almost all old private sector banks got nationalized in two tranches, but there are still a few banks which carry out their operations on their own. such types of banks are referred to as “Old Generation Private Sector banks”.

On the other hand, there are a few “New Generation Private sector banks” such as HDFC Bank, Axis Bank, ICICI Bank, etc. came into existence when liberalization policy was introduced in India.

After the introduction of “Liberalization Policy” Banking Sector of India has observed a drastic change because of the emergence of Private Sector banks. The number of Private Sector Banks in India are constantly increasing and they provide a varied range of products and services to their customers.

Private sector Banks has started a tough competition among the banks by offering enhanced products and services and raised up the banking experience for their customers.

Following is a list of all Private Sector banks in India:

whether someone wants to make monetary investments or a career in the banking sector, people need to think 100 times because making a choice in about any of these due to the presence of cut-throat competition. However, it finally comes down to your personal choice as everyone has their own personal priorities. Therefore, you should take a decision by scheduling down your preferences and go for the one that suits you best.