Macroeconomics deals with issues which affect the whole group of a similar entity like a nation, or group of industries or group of specific households, etc. It deals with aggregate variables that affect a larger entity. Terms like Gross Domestic Product GDP, total consumption, unemployment, poverty, imports and exports, globalisation, austerity etc. are associated with Macroeconomics.

Microeconomics is the branch that analyses the performance and behavior of individuals and small economic agents which form a small part of a greater economy like a household or a family or a specific firm or industry. It is the one that deals with providing maximum output by utilizing minimum resources.

Microeconomics deals with the demand and price of a product and try to establish their relationship at an individual level. It analyses and attempts to answer questions such as How do people spend their income and how do they plan for savings?

Micro vs Macro Economics – Difference Between Macroeconomics And Microeconomics 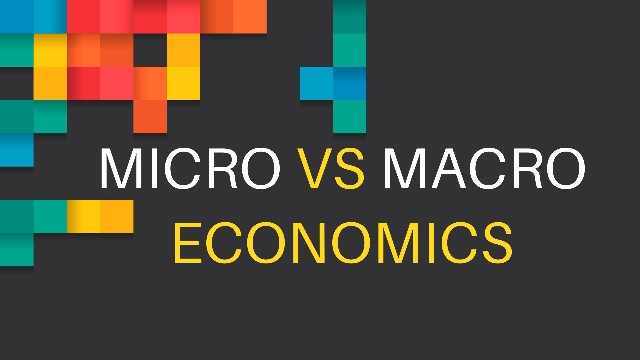 The scale is a significant point of distinction in macro and microeconomics. While Micro deals with a small scale, macro deals with a larger scale. However, there are many events in the economy that affect both but maybe in a different way and will be analyzed differently. For example, a change in tax policies will affect macro as well as microeconomics. While a macroeconomist will focus on how the change in taxation will result in a better standard of living for the people in the country, a microeconomist will be more interested to know how the tax policies have affected the buying capacity of ordinary households.

Example: A macroeconomist would be interested in understanding how imports or exports would affect the capital account of a nation, on the other hand, a microeconomist would be concerned with how would a company, say Pfizer, would reduce its costs so that the demand in the market is increased.

Also Read  What is a Bureaucratic Organization?