Home » Economics » Difference between Depression and Recession – Meaning and Impact

An economic cycle refers to the ups and downs in commercial activities such as investment, saving, employment, income, etc. over a certain period of time. There are different phases of an economic cycle, such as boom or inflation, slowdown, recession, depression, and recovery.

Both recession and depression are parts of the economic cycle’s credit crunch. Because of the tone of the pronunciation of both words and also negative impacts, people usually get confused with both terms. But clearly, these two are two separate phases of an economic cycle.

The phase recession takes place when there is a decrease in the real output of a nation, and economic growth becomes negative, and when the recession in an economy stays for a long period of time, then it results in depression.

It refers to how long the state of an economy will remain the same. In this article, you will learn about what is a recession and what is depression and what are the key differences between both of them.

What is a Recession? 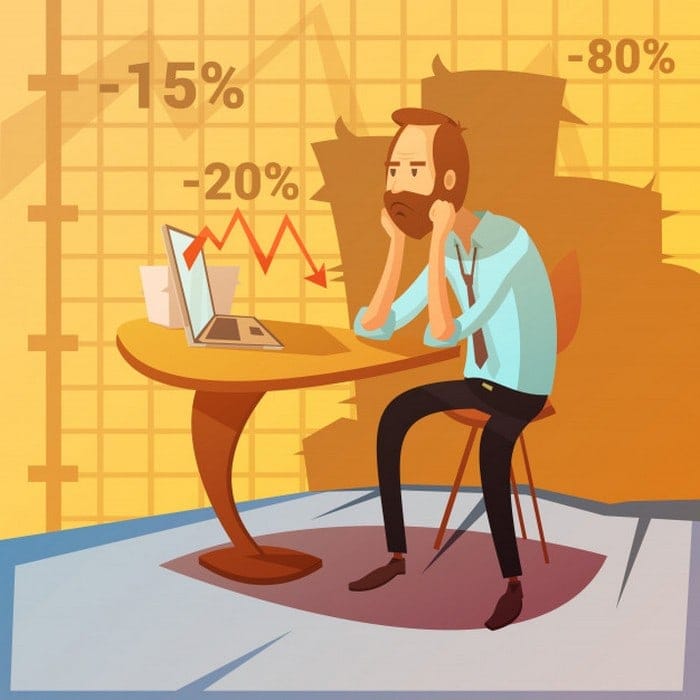 When a country’s Gross Domestic Product (GDP) suffers a downfall for some consecutive quarters; consequently, the downturn takes place in the economic cycle of the country is called a recession. A recession starts showing a slowdown in the economic activity for a few months.

The impacts of recession start showing in the form of decline in industrial production, employment, GDP, and corporate profits, etc. when the consumer demand in the market decreases and companies find it difficult to expand their business and they cut on recruiting personnel. This triggers unemployment in the economy; sometimes, companies start laying off their employees to cut on the expenses.

In the meantime, the recession phase hits the economy, and because of the recession, the spending of consumers further decline, which further leads to a decrease in housing prices.

Severe problems take place in the economy because of the recession. Government induces money in the market to curb the situation and also liberalize monetary policies. To do this, the government relax interest rates and taxation to encourage the general public to spend more.

As per NBER, United States of America has been through a total of 33 recessions since 1857, changes in the span of six months to sixty-five such as (January to July 1980 and (October 1873 to March 1879). The average shrinkage in US economy lasted for 17.5 months.

However, since the year 1945, the duration of the recession has decreased quite significantly, averaging 11.1 months. 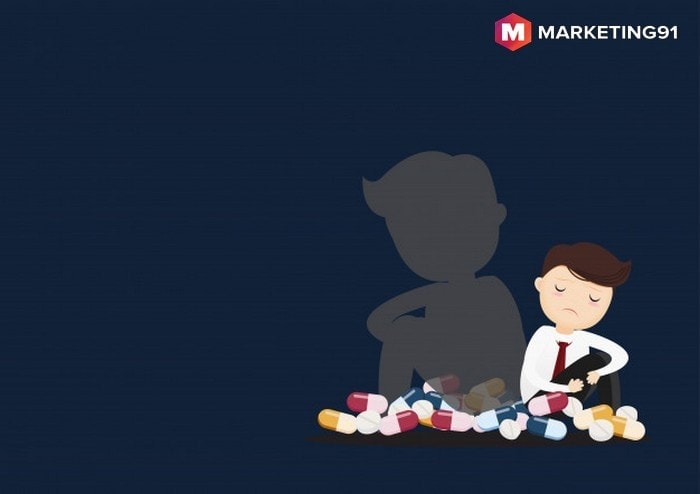 Depression takes place when recession stays for a longer period of time in one or more countries. The depression can be analyzed in case of a negative GDP of 10% or more lingering for three or more years. The impacts of depression can be severe.

It can lead to the shutdown of an economy. Followings are the indicators of depression in the economy.

The recession and depression both have negative as well as positive impacts. An economy must survive the downturn to understand them. Let us first learn about the positive and negative impacts one by one.

Negative impacts of Recession and Depression 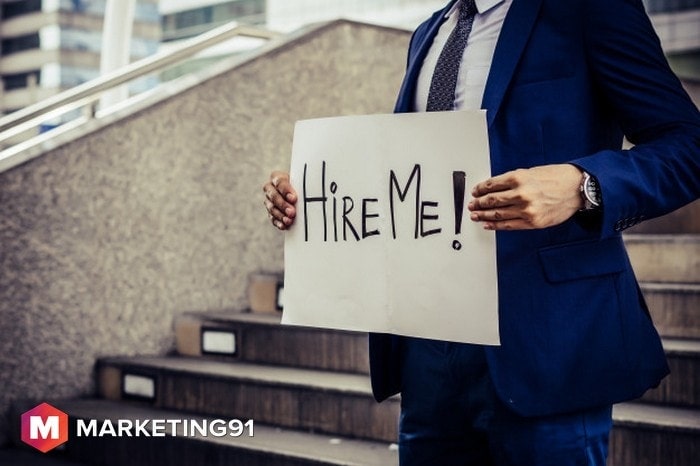 Recession and depression cause an increase in unemployment in the economy. Businesses cut off on their payroll to deal with expenses because of the reduction in demand in the market because of the low expenditure by consumers.

According to studies, people who are unemployed involuntarily suffers from a higher level of stress, anxiety, and depression than the people who are employed. This also increases frequent hospitalization and premature deaths.

Both recession and depression instigate a high amount of fear in people. Because of them, many people lose their jobs and face failure in businesses.

However, employed people are in the worst situation, they keep worrying about the future and anxiety cause severe health problems to premature deaths and also the fear encourages consumers to cut on their spending and also fewer investments in business, which proves to be even worse for the economy and as a consequence the economy slows down further.

Asset value decreases drastically in the period of recession and depression because of the lower-earning. The stock prices of companies decrease because of the low earnings. This negative position of company repels investors to invest in it.

In addition to this, house values also decrease because of economic uncertainty.

Positive impacts of recession and depression 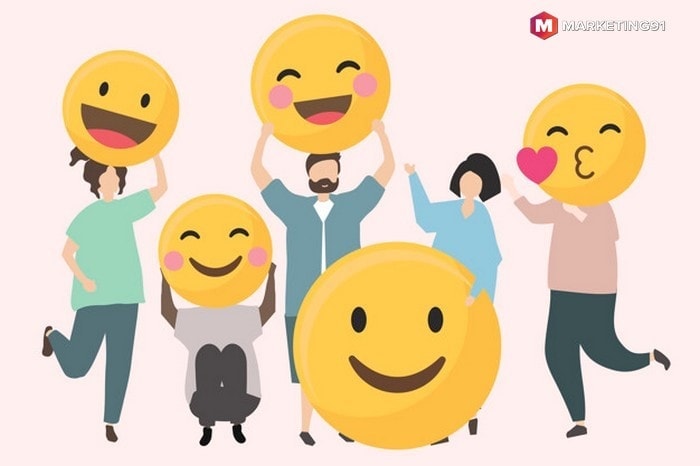 1) Getting rid of excess

The decline in economic growth let an economy to shed out the excess. Automatically, the amount of inventory reduces and reach reasonable levels. Firms which have staggered along during the period of expansion runs out of business and let labor and capital bound by them to be used in more productive ways.

The term creative destruction is coined by Joseph Schumpeter, a 20th-century Austrian economist. He said that capitalism is a continuous process of destruction and also renewal where entrepreneurs play an important role in refurbishing the system. 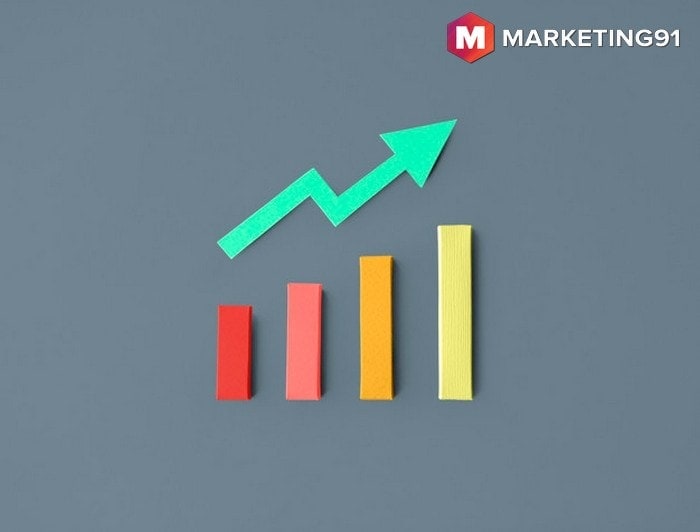 They also play an important role to balance an economy. Constantly increasing growth will lead to high inflation (Australia is an exception; it has done fine since 1991 without suffering from a single recession).

The recession also helps in keeping the wages of labor in check by restricting the competition between labor. Hence, the profit of companies increases, which help them to recruit more people.

Tough economic times provide excellent opportunities to buy more. When the downturn starts to recover, the market observes higher heights as compared to before the recession and depression times.

It provides money-making opportunities to investors because of the time they gain to get out of recession or depression.

Hardships in the economy make the consumers change their mindset. Consumers don’t go beyond their means and learn to live within the income they have. This increases the savings on the nation and allows investors to increase in the economy.

Key Differences between Depression and recession

The depression is more intense than the recession, and its effects are also very bad and long-lasting. It becomes very difficult for a country to deal with depression.