Basically, the root cause of high unemployment in any economy is cyclical unemployment.  When the unemployment rate stands at eight percent (8%) of the total labor force of an economy, the rate of unemployment is considered high.  Any unemployment that is connected to business cycles is termed as cyclical.

The unemployed get rehired when an economy that gets affected by business cycles returns to the expansion phase.  Therefore, referring to cyclical unemployment as temporary is correct. However, the contraction duration determines the unemployment period.   An economy is said to be in recession if it contracts for not less than two quarters.  A normal recession takes approximately eighteen months, while depression lasts up to ten years. In another article, we also talk about the Different Types of Unemployment.

In the auto industry, the recession might lead to workers being laid off since only a few cars are being bought. In that case, few workers are required by the automaker to meet the demands of the customers. Therefore, a decrease in demand for cars causes a direct decrease in demand for workers. But, if the economy gets stronger and consumers start spending more cash to buy cars, the auto workers that were unemployed are likely to be rehired.

What are the Causes of cyclical unemployment?

A greater drop in demand is the primary cause.  However, the start of decreased demand is a reduction in personal consumption. Business revenue drops with a drop in demand for goods and services by consumers.  The cyclical unemployment situation forces companies to finally lay off some of their workers, with the aim of maintaining their profit margins.  In most cases, laying off, workers are caused by a lack of sufficient production to ensure the workers remain busy.

Laying off workers is a traumatic event, which any business would want to do. This is because it is the only time when a company can lose valuable employees that it has been investing in heavily.  For this reason, it is correct to say that an economy is normally in a recession when cyclical unemployment starts. Therefore, businesses start laying off their workers when they are sure that the downturn is severe.

What is the Relation between cyclical unemployment and economic downturn?

The main cause of a severe economic downturn which leads to unemployment is a stock market crash.  If a crash is worse, it might lead to a recession, as it creates a loss of confidence and panic in an economy.

The result of cyclical unemployment is a plunge in stock prices, which causes businesses to lose their net worth.  Besides, businesses might lose their capacity of raising capital to support expansion and growth, before the fall of demand in the entire economy.

There is a delay in purchases by consumers when there is an evaporation of stock market wealth.  This is because they want to see if the economy will get back some confidence.  If confidence returns, economic growth also resumes.  An example of such a situation occurred in the stock market crash of 1989 black Monday.

Also Read  What is Happiness Economics?

However, if the confidence continues to decrease, businesses are forced to lay off their workers, due to lower demand for goods and services. 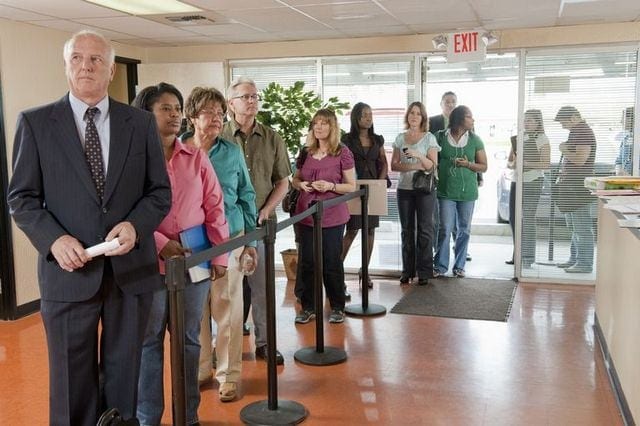 What are the effects of cyclical unemployment?

This kind of unemployment might result to be a self-fulfilling downward spiral because those who become unemployed do not have disposable income.

Unemployment if Decrease in business revenue

This causes a decrease in business revenue and consumer demand, leading to more workers being laid off.

Unemployment if Continuation is Spiral

If there is no intervention, the spiral might continue, until the supply that meets the low demand drops. Nevertheless, it is not easy to get to this level, because the unemployment rate should reach 25%. A good example is the Great Depression in the US, which was there for a decade, and only ended when the US got into the World War II, due to the high demand of military equipment. However, the result was the US having an increased debt, due to fiscal spending.

Is there any solution?

It can be stopped, but through the intervention of government, because the unemployment might spiral out of control.  The responsibility of the government in stopping cyclical unemployment is to provide monetary policies that are expansionary.  The policies ensure the interest rates are lowered.

The result is not only making the payment of loans easier but also increased demand since the required confidence gets restored.

Additionally, the expansionary fiscal policy can be applied by the government. However, the policy might take longer because it has to be debated and passed in parliament, as its acceptance allows more spending, thus raising the budget deficit.

What is the cyclical unemployment rate?

Nevertheless, you cannot use data to determine the reason why individuals are unemployed in real life. Thus, two extra methods have been created by economists to help in the estimation of unemployment that is cyclical.

The second method is making some comparisons of the entire unemployment rate in an economy, with that of the latest college and university graduates.  If the rate of college graduates resembles the overall rate, it means the nation is experiencing cyclical unemployment.  This is because those graduating recently can move at any location so long as there is the availability of jobs, and well versed with new skills.