The actual amount is the market value of a product while what they are willing to pay depicted by the demand curve as shown below. 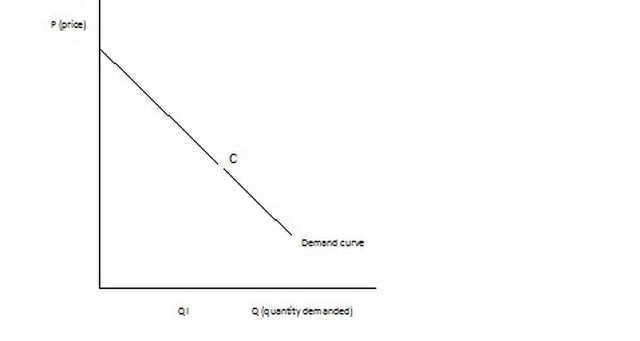 When demand is perfectly inelastic, it becomes infinite. This is because the demand for goods and services is not affected by the price change. This means that whatever the pricing, the demanded quantity remains constant.

A good example of these types of products is life-saving products e.g. medicines that have no substitutes; Consumers’ willingness to pay for these products is extremely high since they do not have an alternative.

Most market demand curves are downward sloping because they are greatly elastic thus affected by product pricing. Inelastic demand results in a very high consumer surplus since consumers are willing to pay high prices to enjoy the satisfaction of a particular product. At this point, most businesses will increase the price so as to convert consumer surplus to producer surplus.

Producer surplus is defined as the highest price a producer can raise the price of a commodity to compare to the lowest price that can be reasonably charged for the same commodity.

Also Read  The Supply and Demand Curve - Explained in Detail

Producer surplus is, therefore, the difference between the lowest price the seller will accept for the good and the highest price the consumer is willing to pay.

From the definition, consumer surplus is actually the difference between the highest amount consumers are willing to pay and the actual price they pay for the goods and services.

The above formula is a simple representation of how consumer surplus can be obtained. However, it is important to understand the laws of demand and supply.

The two concepts are represented graphically as below 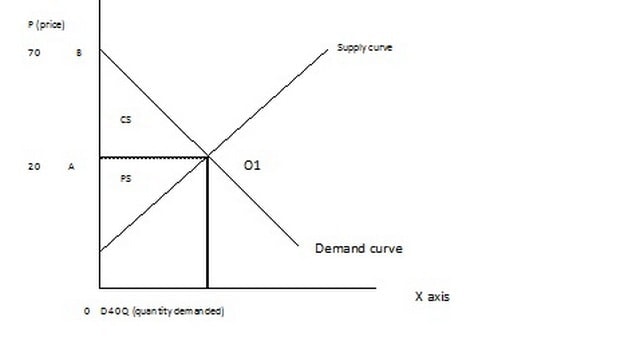 PS = producer surplus (area above supply and below the equilibrium price)

CS = Consumer surplus (area below demand and above the equilibrium price)

To calculate the consumer surplus while taking into consideration the above demand and supply curves, the formulae of a triangle ½(base)(height) is used.

Consumer Surplus reduces with consumption. This decline is explained by the law of diminishing marginal utility that suggests that the first consumed unit of a good or service has more utility compared to the second or the third unit.

A hungry consumer is willing and able to pay high food prices but after eating, the utility for food diminishes and the price he is prepared to pay reduces.

From the above graphical representation, ( figure 2), as consumption rises from point O to D on the x-axis, marginal utility reduces thus the price consumers are willing to pay reduces leading to downward sloping of the demand curve.

Manufacturers and producers always take advantage of consumer surplus when setting up prices of goods and services.

Price discrimination is a way through which businesses turn consumer surplus to producer surplus to make high profits and increased revenues by identifying consumers or groups of people who are able and willing to pay a slightly different price for the same products.

This is most common in rail and airline industries where information is extracted from consumers on the price they are likely to pay to fly to various destinations at different times of the day thereby exploiting any arising variance in demand elasticity for different passenger services.

Price discrimination leads to lower rates when the advance booking is done. This is because most airlines benefit from the cash flow. They are also guaranteed a filled seat during takeoff.

The nearer the take-off time, the higher the ticket costs; if a businessman desperately needs to fly from one destination to another to close a business deal in 24 hours, his demand is said to be inelastic as he will be willing to and able to pay any amount for his ticket, thus his ticket price will also be high.

A lot of companies that enjoy monopoly practice price discrimination by raising market prices of goods and services since the demand for their goods is inelastic thus extracting consumer surplus thereby increasing the profit margins.