Home » Accounting » Carrying Amount – Definition, Formula and How to Calculate?

The carrying amount is the first cost of an asset given in the balance sheet or company’s books of a company minus the accumulated depreciation of the asset. The term likewise suggests the recorded amount of liability. You need to understand here that the carrying amount of an asset may not be equivalent to its present market value, as market value depends on market interest revolving around supply and demand factors while carrying value is a basic calculation in light of the steady depreciation charged against any asset.

What is the Carrying amount?

The carrying amount is the cost of an asset minus the accumulated depreciation of the asset. It is generally excluded from the balance sheet, as it should be calculated. The carrying value will also generally be lower than the current market value.

Hence in the case of physical assets, for example, PC hardware or machinery, the carrying amount is determined as (original cost – accumulated depreciation). In the event that a company buys a patent or some other sort of intellectual property then its formula will be is (original cost – amortization expense).

All in all, it is the first cost of an asset as reflected in an accounting book or balance sheet minus the total depreciation of the asset and it is likewise called book value which will generally be different from the market or fair value of an asset. 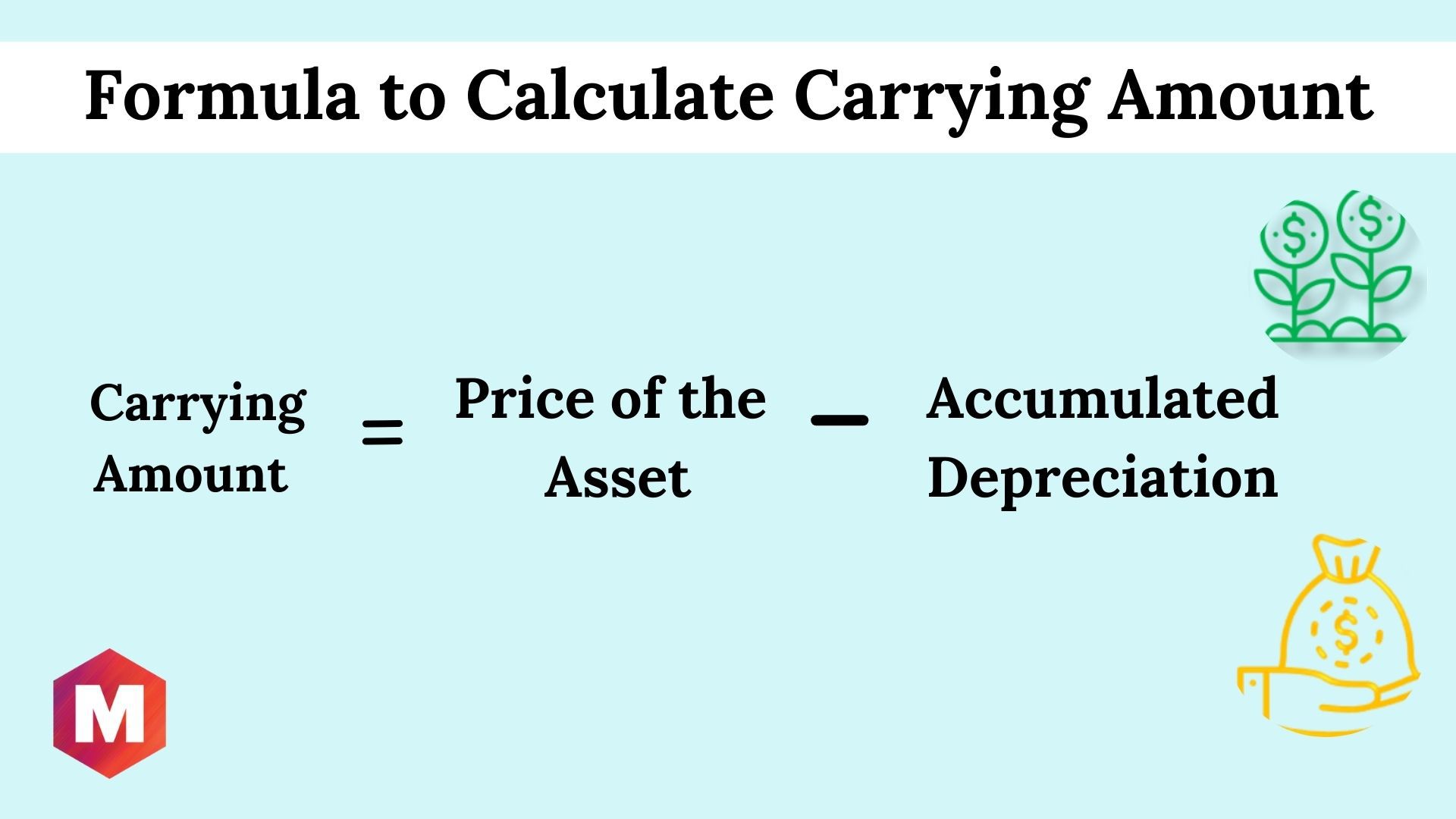 To calculate an asset’s carrying cost, you need to follow a few simple steps-

As it is clear that the carrying amount is the cost of an asset minus accumulated depreciation. deterioration. The bookkeeping or accounting practice expresses that the original cost is utilized to record asset resources on the balance sheet instead of market value on the grounds that the first or original cost can be followed to a purchase document like a receipt.

While on the other hand market value is quite subjective. While doing the initial acquisition of an asset, the carrying amount of that asset is the first expense of its buy. But in the long run, the value of the asset will vary. Therefore, depreciation, as well as amortization costs, are utilized to perceive the decrease in value of an asset as the asset is utilized over the long run for generating income.

Here, you should pay heed that while buildings might depreciate, the land will not be a depreciable asset. It is so because of the way that land is frequently considered to have an unending useful life, implying that the land’s value won’t get depreciated over the long run.

The carrying value is understood as the value of an asset as it shows up on the balance sheet and is gained, subsequent to deducting its accumulated depreciation and impairment costs while on the other hand, the market value relies upon supply and demand in which if demand is high, its value will increase and in case the demand goes down, the value will decrease. You should also know here that the carrying amount depends on the steady devaluation of the value of a specific asset which implies that its value will change and decline over the long run while market value is the worth given to an asset when it is being sold in the open market. 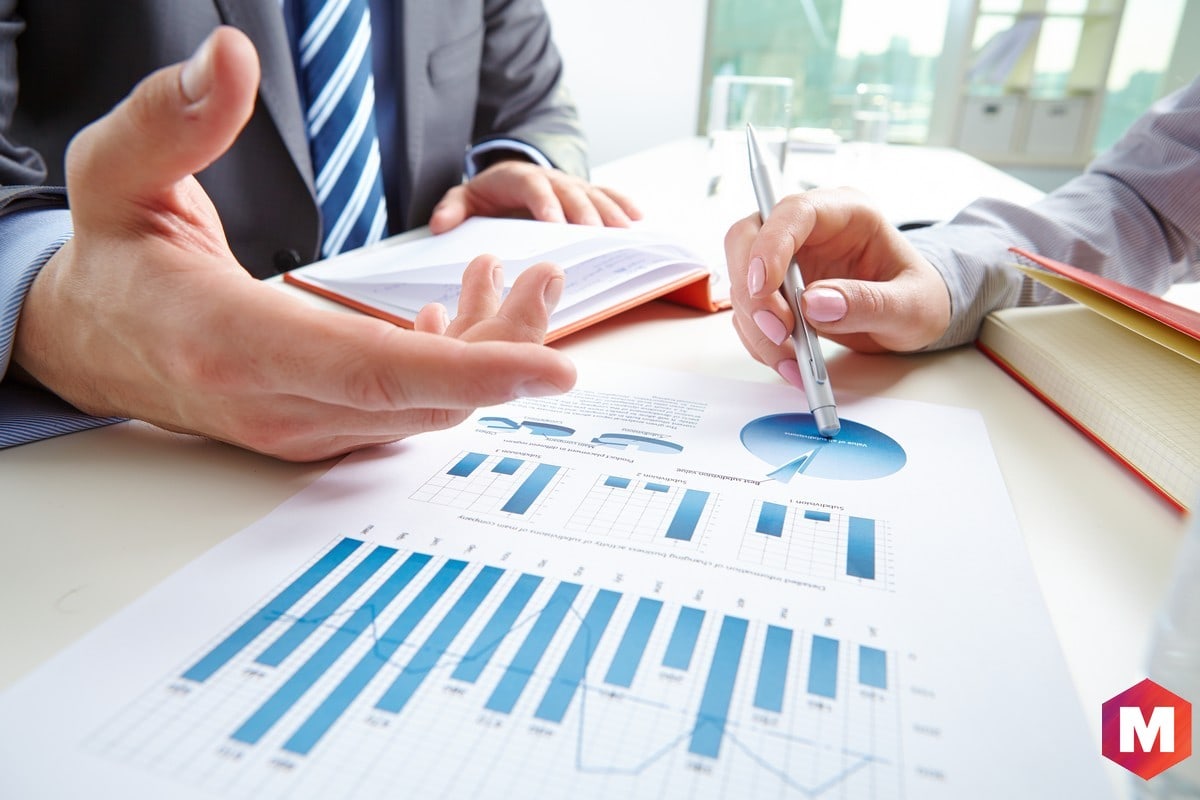 You may find many individuals who utilize the terms carrying value and book value in so many industries. However, what they are not aware of is that the two terms are exactly the same thing and are exchangeable.

As mentioned above, the carrying value alludes to the value of an asset resource that is acquired to the full limit of its useful life, and in the same way, the book value is associated with the purchase cost of an asset that is recorded in the balance sheet of company less accumulated depreciation.

The carrying amount of a whole business might be divided by the shares’ total outstanding to find out the carrying value per share. This sum is generally viewed as the baseline value per share, beneath which the market cost of a share shouldn’t drop.

We all make investments for making money and they do depreciate like typical Fixed Assets. Such investments can be Current or Long term. When it comes to current investments, they are understood as investments in Financial Securities that should be sold in a short time span.

Debentures can be understood as fixed-income securities that are bought to get fixed payments. In can an organization has purchased a debenture at a premium, the purchase price of the debenture will be recorded in the balance sheet.

Carrying an amount is a moderate and effective method for showing the value of assets in the balance sheet. In the event that, rather than using carrying value, the fair value will be utilized, many organizations would have increased profits by showing assets’ higher fair value.

Carrying Amount for an Investor

You may understand it as a fundamental value of the company that can be handily understood as how much the net assets of a company are worth. In the case of the fundamental and value growth investors, this worth is significant in light of the fact that when a company has a high market value from its book value, it will be a good chance for investing. Using the price to book value ratio will be a good demonstrative ratio for gauging the carrying value of the company.

To briefly paraphrase, it can be said that the carrying amount of various assets will be different as the depreciable life isn’t going to be similar for all the assets. Auditors should do a careful analysis of carrying value as an organization might show less depreciation to optimize profits.

There are many tactics that companies perform on carrying amounts to save their taxes. That is why performing proper checks is inevitable for guaranteeing the credibility of the carrying value of assets. All in all, the carrying amount can be simply characterized as the amount at which a tangible asset or intangible asset is recognized in the financial statements of financial position after deducting any accumulated depreciation as well as accumulated impairment losses.