Broad money is the measurement of money moving around in an economy. It is the critical method used to calculate the money supply, including narrow money and other assets that can be converted into cash for purchasing goods and services.

The method itself is very flexible for measuring the money supply of an economy. Not only that, but also Broad money helps in the conversion of accounting for cash and other assets into currency.

There is a variation in the formula from one country to another, and for that purpose, it becomes necessary to define the term “broad money” to avoid misconceptions.

What is Broad Money?

Definition: Broad money is defined as a method used to calculate the money supply of a country alongside both highly liquid “narrow money” and less liquid forms. It refers to the money circulating in an economy. It covers the totality of assets that households and businesses use for making payments or keeping as short-term investments like currency or the funds in bank accounts or anything having money-like value.

Money market accounts, treasury bills, certificates of deposits, and other less liquid assets are also measured with the help of broad money. Company shares are not a part of the overall money calculation and are exceptional.

The definitions of monetary measures are not the same for all the countries and vary from one country to another. As it is not adequate to assume a broader definition, the term varies in its interpretation in different scenarios. According to OECD-

The common notation of broad money by OECD is M3. Usually, “broad money” is used as a term and less as a composed definition throughout any circumstances.

It is not that easy for economists to define the amount of money flowing in the economy because cash can be exchanged for different financial instruments.

There are various ways with the help of which money supply can be measured. For reference to the measurement used in a particular context, economists use the capital letter “M,” followed by a number. Central banks usually observe broad money growth for forecasting inflation.

It includes all highly liquid assets along with currency and checkable deposits alongside somewhat more illiquid forms of capital. It further accounts for “near money” like deposit certificates (DCs), money market accounts, foreign currencies, Treasury bills (T-Bills), marketable securities, etc that can easily be converted into cash. 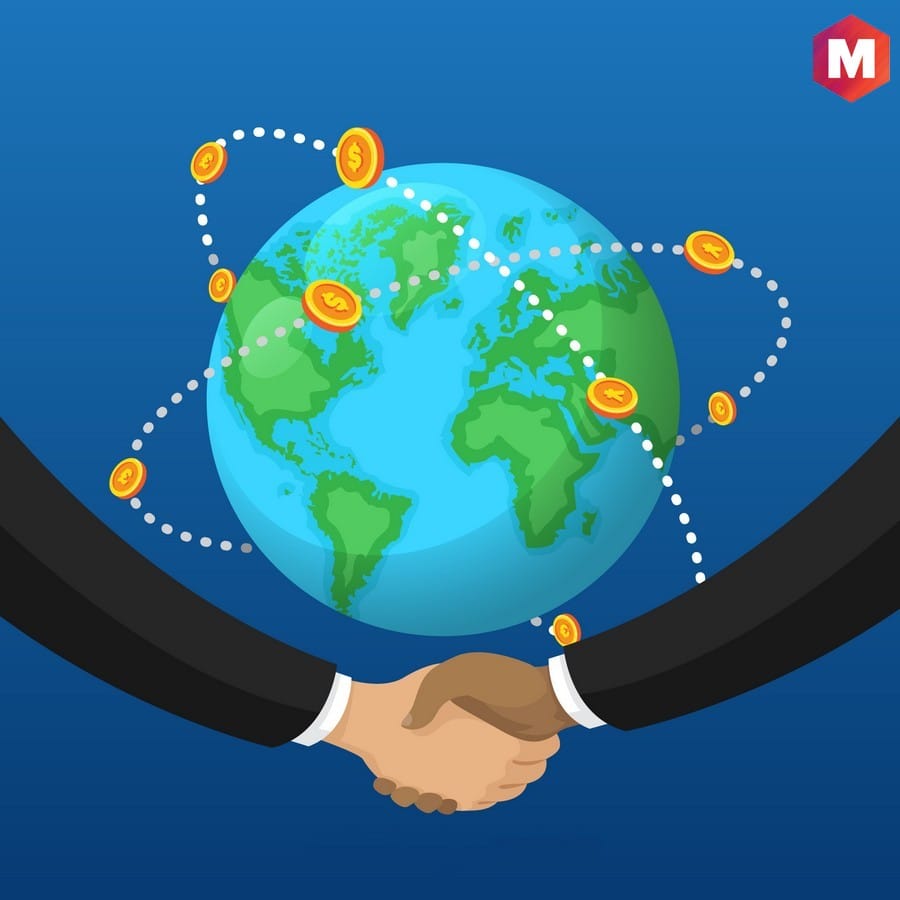 The foremost way of measuring money cash supply in the USA are M1 and M2. The Federal Reserve System halted publishing M3 statistics in March 2006. Hence, in the US scenario, M1 can be considered as the narrowest while M2 is understood as the broadest.

Such measurements vary consistently with the possible liquidity of the budgets included. M0 typically comprises only the main instruments that can be liquidated, such as coins and currency notes under circulation in the market. At the contrary end of the size is M3, which is classified as the most widespread cash distribution.

Various countries distinguish the distributions of money in certainly different alternative manners. In an educational setting, “broad money”  is used to avoid misconceptions. In maximum cases, “broad money” implies an equivalent as M3, while M0 and M1 traditionally apply for narrow money.

Money Definition around the World

1. Money Definitions in the United States

The Federal Reserve in the United States offers two major money measures: M1 and M2, with M1 being the most narrow and M2 being the widest.

M1, M2, and M3 are the three money measurements provided by the European Central Bank, with M1 being the narrowest and M3 being the broadest.

3. Money Definitions in the United Kingdom

M0, M2, M4, and M3H are the four money measures used by the Bank of England, with M0 being the narrowest and M4 being the broadest.

The Reserve Bank of Australia utilizes three money measures: M1, M3, and Wide Money, with M1 being the most narrow and Broad Money being the broadest.

Broad money is M1 plus commercial bank net time deposits. Money supply refers to the total amount of money in circulation among the general population at any one moment.

The money supply is a stock variable, much as money demand. A stock variable is a measured amount at a certain moment in time. 3 is a measure of wide money, which comprises public currency and deposits. The Reserve Money component depicts the banking system’s reserve money, including needed and surplus reserves.

If the RBI’s reserve requirement rises, the Reserve Money value rises, and the multiplier falls. Similarly, keeping more money as excess reserves by banks will have a negative impact.

What Is The Need For Broad Money?

We can achieve several advantages by expanding the scope of the total money. It is found to be extremely helpful for policymakers to get a better hold on inflation rates. For establishing monetary policy, broad money and narrow money are both observed simultaneously by Central Banks.

For simplicity, one can say that when there is an increased amount of money present, the business gets the advantage of proper financing, leading to an acceleration in the economy. But if the system lacks money, the prices start to drop, and a retardation in the economy is observed. It can be said that, for the determination of factors that could influence the economy by the central bankers, broad money plays an essential role for measurement.

On the other hand, broad money consists of liquid assets used for purchasing goods and services along with the items categorized under narrow money. Money Supply is a term used to define the entire amount of money flowing inside an economy. It is usually observed and reported publicly by an individual country’s central banks or governments.

There are a lot of benefits of expanding the spectrum of the entirety of the money under circulation.

To summarise the rest, it is clear that the growth of the economy depends on the amount of money available as a result due to which industries get easier access to financing. When the economy of a country has a lower amount of money, there’s a significant decline in prices that hinders economical growth.

In such cases, broad money helps the central bankers and policymakers to grasp potential inflationary trends and form monetary policy that can cause a positive impact on the economy.

How important do you consider the role of broad money in gauging the money circulating in the country?