What is Bell Curve?

Definition: Bell curve is defined as a graphical depiction of a normal probability distribution whose standard deviations from the mean form a bell-shaped curve. A standard deviation is a measurement that helps quantify the variability of data dispersion, and the mean, on the other hand, is the average of all data points in the data set and is found on the highest point on the bell curve.

The bell curve, also known as Normal Distribution, refers to a type of probability distribution for a variable symmetric about the mean. It shows that data clustered around the mean occur more frequently than data far from the mean. Any graph that is used for depicting a normal distribution incorporates a symmetrical bell-shaped curve from where this term bell curve gets originated.

The bell curve has a wide application in the world of statistics. Financial analysts can use it to analyze security returns, while teachers can use a bell curve to compare test scores.

Psychologist Richard J. Herrnstein and political scientist Charles Murray in their book- The Bell Curve: Intelligence and Class Structure in American Life argued that human intelligence is substantially influenced by both inherited and environmental factors to explain the variations in intelligence in American society. For their book’s title, they used the bell-shaped normal distribution of intelligence quotient (IQ) scores in a population.

The normal distribution or bell curve can be understood as a continuous probability distribution that is symmetrical on both sides of the mean in a way that the right side of the centre is the exact mirror image of the left side.

The area under the normal distribution is used for representing probability, plus the total area under the curve sums to one. This graph of probability density looks like a bell which gave it the name of the bell curve.

Why is the Bell Curve important?

For instance, if you randomly sample 50 people, you would see a bell curve for different continuous variables like IQ, weight, height, and blood pressure. For running different statistical tests that are more effective and powerful, psychologists need data to be normally distributed.

In case the data is not resembling a bell curve then researchers would opt for a less powerful type of statistical test named non-parametric statistics. The normal distribution process lets researchers determine the proportion of the values that come under a specific number of standard deviations from the mean.

Example of a Bell Curve 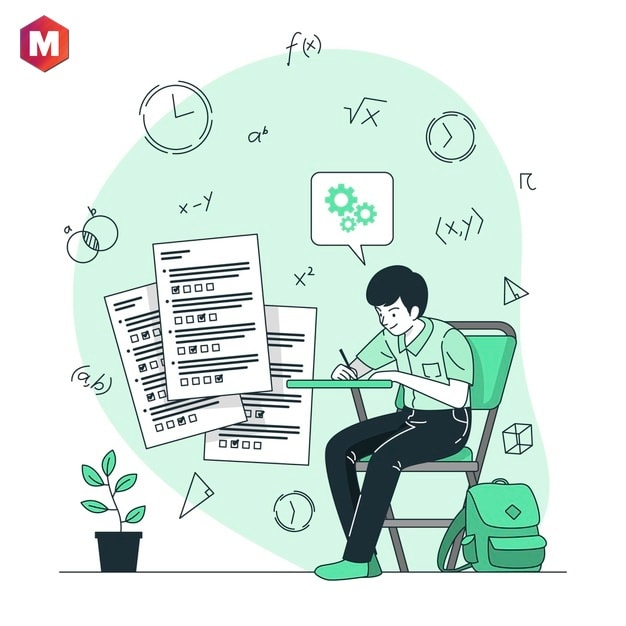 This will create a bell-shaped distribution that will be symmetrical. In the bell curve, half of the test data will fall towards the left of the mean, while half of the data will fall towards the right. Different businesses use such tests in statistics, businesses, and government bodies such FDA for analyzing heights of people, blood pressure, measurement errors, IQ scores, points on a test, salaries, etc.

The empirical rule suggests what percentage of the data will fall within a specific number of standard deviations from the mean:

All forms of bell curves share the following characteristics.

The bell curve has a perfectly symmetrical shape. The curve can be divided in the middle to produce two halves of equal size.

The middle point of the bell shape curve refers to the highest frequency, which indicates that it possesses the most observations of the variable. All these three measures fall on the mid-point of the bell curve.

1. Many Variables are Approximately Distributed Normally

2. Convenient to Work With

Several statical hypothesis tests often assume that the data follows a normal distribution. It allows statisticians to decide whether they should accept or reject the null hypothesis.

5. Relevance in the Central Limit Theorem

According to the central limit theorem, with an increase in the sample size, the sampling distribution of the mean tends to follow a normal distribution.

Limitations of the Bell Curve in the Practical World

1. Not Feasible for Small Sample Sizes

2. Datasets Are Not Perfectly Normal

In reality, a dataset is not perfectly regular. This can be due to several reasons. Sometimes there is a lack of symmetry or skewness. Other times the distribution might have excess kurtosis with fat tails. This makes tail events more probable than the predictions of the normal distribution.

The benefits provided to statisticians by using the bell curve outweigh the two significant problems caused by it. It has a wide range of applications in statistics, which has helped in conducting several hypothesis tests and drawing statistical inferences.

Due to the immense number of variables that exhibit normal behavior, the bell-shaped curve has become a commonly used tool in inferential statistics. All in all, the bell curve can be understood as a statistical concept relating to the normal distribution.

Interpretation of a bell curve suggests that the points that are nearest to the center of the bell curve will be those which have more chances to occur, while the point that is closest to the left and right edges are considered as the outliers. This way, a bell curve is used across multiple disciplines such as finance, economics, natural sciences, social science, etc.

Now, on the concluding note, we hope you would have understood what is bell curve and why it is important. So, what would be your definition of a bell curve? Share with us in the comment section below.