Behaviorism is a theory which states that all behavior is learned through interaction with the environment. It is done through a process known as conditioning and has found great application in popular learning theories.

Behaviorism theory suggests that human behavior is just a response to environmental stimuli. The movements associated with behaviorism started in the year 1913 when John Watson wrote an article- Psychology as the behaviorist views it.

This article has been pivotal in setting a number of underlying assumptions regarding methodology and behavioral analysis. We will cover these basic assumptions of behaviorism later, let us first delve into the world of what is behaviorism and when it all started about the concepts of behaviorism-

Definition: Behaviorism is defined as a systematic approach that behaviorists suggest to understand the behavioral tendencies or inclinations of a human being or an animal. The concepts of behaviorism revolve around the elements of philosophy, conditioning, methodology, associated theories, and their use in the psychological review of one’s mental processes, prediction, and control.

The behaviorism-based learning theory is used to take into account the cognitive, subjective as well as purely objective aspects of the environmental factors. Behaviorists learn new behavior via classical or operant conditioning which is collectively known as ‘learning theory’.

The behaviorist movement began when John Watson’s ‘Psychology as the behaviorist views it’ was published in 1913. John B. Watson is widely considered the “father” of behaviorism. 1920 onwards till around the mid-1950s, behaviorism grew and became a dominant school of thought in psychology. Behaviorism focuses on observable, measurable behavior.

Psychologists in the early 1900s were trying to establish psychology as an objective and measurable science. Behaviorism is scientific and replicable and helps modify behaviors through real-world application of the theory.

As discussed above, there are different assumptions upon which behaviorism is based.

From different behavioristic approaches to the basic use of language in various situations, these assumptions are considered as the base of behavioral tendencies. So, let us delve into these assumptions straight away-

1. All behavior is learned from the environment

Different environmental factors primarily affect the behaviors of humans and animals. No innate or inherited factor, as a result, has any impact on the behavior of organisms.

2. Psychology should be perceived as a science

The success of any theory is determined by the degree to which data support it. Empirical data obtained via controlled observation and other observable metrics of behavior.

Analysis of human behavior is associated with observable behavior instead of internal events such as thinking and emotion, making it easy to quantify. Scientific measurement is more straightforward if cognitive aspects are ignored.

4. There is not much of a difference in how humans or animals perceive learning

This led to the use of rats and pigeons in experimentation. They became the primary source of data as their environment is easily controllable. Psychologists believe there is no fundamental difference between human and animal behavior.

5. Human behavior is the result of stimulus-response

To predict, given the stimulus, what reaction will take place; or, given the reaction, state what the situation or stimulus is that has caused the reaction.

The MIT press essential Knowledge series came up with a book- Behavioral Insights by Michael Hallsworth and Elspeth Kirkman that covers the definitive introduction to the behavioral insights approach that utilizes evidence about human behavior to practical problems by using these assumptions.

There are three types of behaviorism.

This theory is concerned with the behavior of organism’s humans and animals alike. It was pioneered by John B. Watson himself and is regarded as early behaviorism. This theory concerns itself with only observable cause and effect relationships.

As per this type of behaviorism, inner mental states are separate private entities. As a result, psychology should not be bothered by people’s inner dispositions.

Also Read  What is Landed Cost? Definition, Types and Calculation

Ivan Pavlov, B. F. Skinner, have used psychological behaviorism in their most famous works.

Analytical or logical behaviorism is a philosophical theory regarding the meaning or semantics of mental terms or concepts.

Analytical behaviorism is popularly found in the works of Gilbert Ryle and the later works of Ludwig Wittgenstein. Behavioral concepts explain mental concepts.

In the behaviorism analysis, one of the most common questions that are generally asked is- what is behaviorism by Skinner. So, it is Radical Behaviorism by BF Skinner that suggests that the goal of behavioral psychology should be behavior rather than mental states.

The science of behavior suggested by Skinner in radical behaviorism gives importance to the reinforcement and the relationships between observable stimuli and responses.

Different applications of radical behaviorism are-

What are the key concepts of behaviorism in Science and Human Behavior? 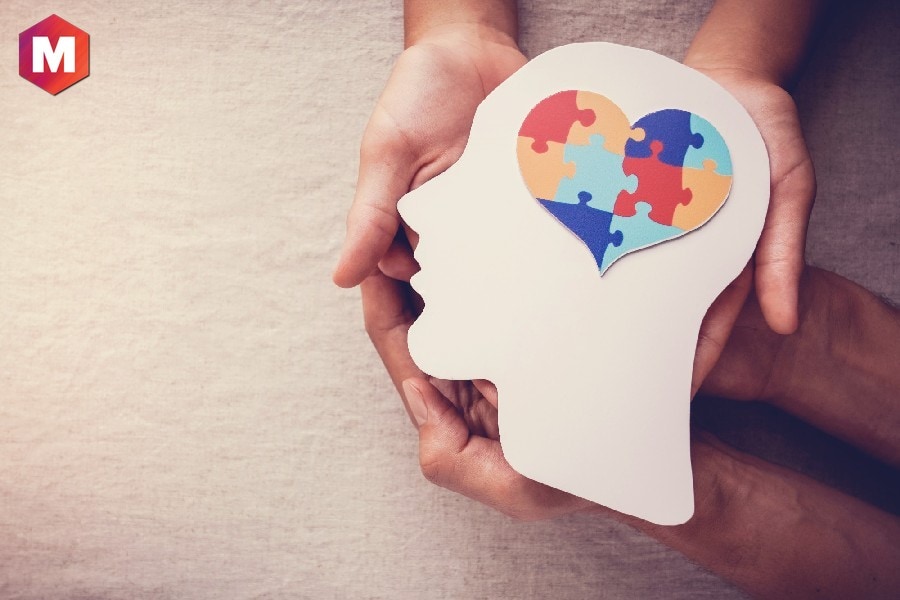 As B. F. Skinner suggests that behavior is something that can only be described by observing it and not by thoughts and motivation, there are different concepts of behaviorism that support his analysis.

The two types of conditioning in behavioral psychology are one of the most famous concepts in that field. In addition to that, the stimulus-response (S-R) equation, and the reinforcement and punishment notions are two other key concepts of behaviorism.

Still, through repeatedly pairing the neutral stimulus with an unconditional stimulus, a conditional response is obtained. Ivan Pavlov’s experiment, also known as the Pavlov Dog experiment, is a highly famous experiment based on classical conditioning.

Also Read  What is Transactional Analysis Theory? And it's Usage

Operant conditioning pioneered by B.F. Skinner utilized rewards and punishments to ensure learning. Operant conditioning makes an association between a specific behavior and its consequence. Positive and negative referred to the addition or removal of a stimulus.

Behaviorism has lost a lot of its dominance in the field of psychology but revolutionized learning theories. Its practical applications cannot be ignored or denied.

S_R theory is a concept of behaviorism that suggests that human behavior manifests as a result of the interplay between stimulus and response.

It is a type of classical conditioning in which a stimulus becomes paired response in a subject’s mind, as a particular would generally be responsible for a particular response.

Some of the limitations of the concepts of behaviorism are

One of the noticeable limits to behaviorism is that people have different ways of learning or perceiving things. Recent scholars have also suggested that human development is complex than what people can imagine. Numerous factors suggest that a person’s capability of learning can range from genetics to life experiences.

In simpler words, if two students score the same marks on aptitude tests, the factors responsible for making them choose the same answers could be radically different. Hence, these methods of behaviorism may work on some but not on all individuals.

For some challenges, the method of learning for behaviorism can be advantageous. When people are taught to upgrade their skills, it makes an individual improve and eliminate errors. For example, if you give a fundamental math problem to solve to a particular set of people who have learned the same methods. Then all of those students will show the same results through a similar process.

But if those same sets of students are given to write a critical analysis on a fiction book. Each student will write a slightly different analysis on the books; hence this challenge becomes cognitive rather than behavioral. All of the student’s idea and concept is developed by their unique way of thought process. Behaviorism does not take into consideration an individual’s memories or experiences. 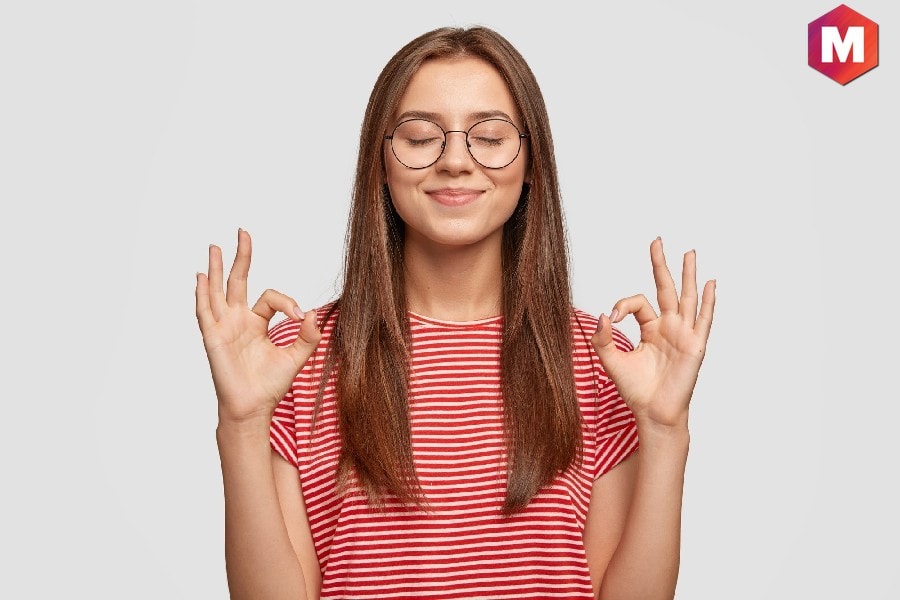 Some of the advantages of behaviorism are

People who are diagnosed with autism have difficulties in communicating and interacting. Many a time, an individual who has autism faces difficulty with the change in the environment. Although autism cannot be cured, through practical teaching methods, one can see the changes in the behavior. Consistently rewarding an individual can change their behavior. And so does punishing them for any unwanted behavior will help to reduce the unacceptable behaviors.

An individual can learn a lot through observing and interacting with others. In the classroom, a lot of learning occurs through interaction and observation among the students.

The positive behavior method is a function-based method that is applied to eliminate or reduce unwanted behaviors. For example, if an individual is asked to don’t repeat specific actions, then they are taught to do the right thing. If an individual is asked to “lower down the volume,” then they are repeatedly told to do so until they themselves follow the given action without needing prompting from the other individual.

Through behaviorism, it has become possible to measure and clearly define behavioral changes. However, this is not accurate in all cases as it ignores certain aspects. Hence one can say that behaviorism can only provide a partial account of human behavior. Also, many of the experiments before it is applied on humans are first tested out in Animals. And according to the results and data, it is performed on humans.

Behaviorism has many modern-day applications as it finds helpful applications in therapy, education, parenting, and childcare. Behaviorism has a few drawbacks too. It disregards biological influences and does not consider moods, thoughts, or feelings.

Despite many criticism and drawback, behaviorism has contributed a lot in the field of psychology. It had provided one with insights on learning and behavioral development.

Now, after understanding the whole concept, what are your thoughts about the importance of behaviorism in the psychological review of one’s mental state and the natural science behind behavioral tendencies? Share your opinion with us in the comment section below.