What is the Bear market?

Definition: A bear market is defined as a situation when the stock market price falls at least 20% from its high because of the negative investor sentiments as well as declining economic prospects.

Stock prices, a reflection of a company’s future profits and revenues, decline during a bear market scenario. As growth seems to wane, investors tend not to take risks and make investments. Prices of the stocks decrease, resulting in fear, rush, and herd behavior to protect losses.

We think defining the mark as a fall of 20% off or even higher isn’t a strict mark. Thus, some define it simply as a situation where the investors are risk-averse and not risk-seeking. A bear market can last for months or even years, as long as the investors refuse to invest.

Bear markets are also applied upon gold, currencies, and commodities like oil but they are not associated with consumer prices, because when consumer prices fall, it is understood as deflation. 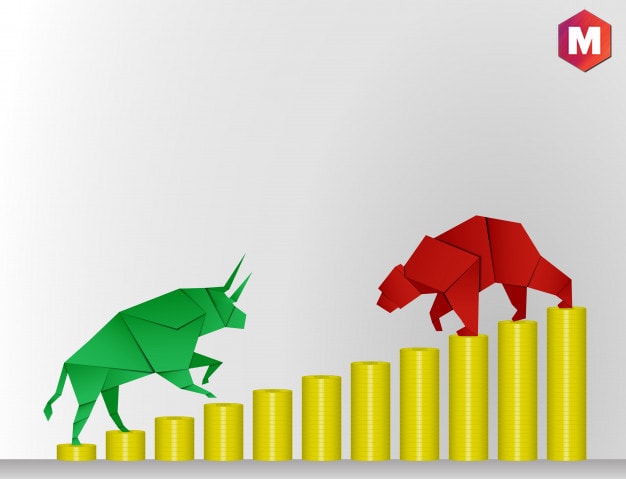 The two terms, bull and bear markets are used for referring to different market conditions and they describe how stock markets are functioning in general. They suggest if the stock market is appreciating or depreciating in value.

That is why the bear market is considered comparatively dangerous for investment purposes because different equities might lose value in this plus, prices can also become volatile in bear markets. Hence, there will be very few investors who would be bearish, as the majority of investors prefer being bullish.

There are different causes for this situation to arise. In general, a weak or sluggish economy brings with it a bear market. Low employment, weak productivity, less disposable income, decreasing business profiles are signs of a slowing economy. Also, any intervention by the government in the economy can lead to a bear economy.

Also Read  What is Portfolio Analysis?

The occurrence of unexpected fluctuations results in socio-economic turmoil of a country as well.

Different sorts of political decisions are also responsible for negatively impacting the performance of major companies functioning in an economy, accordingly, investments also face a decline in their values.

Nowadays, countries are interconnected, even a little bit of fluctuation in the performance of a sizable major economy causes repercussions on the domestic economy of a country.

It might cause fluctuation in the imports as well as exports revenues that negatively affect the profitability of domestic industries and give birth to the bear markets.

When there is a pessimistic mindset on the global level, it will for sure cause a global recession.

This can for sure be one of the common reasons for generating bear markets in most of the top-performing major stock markets in the world.

How long do bear markets last?

There is no concrete answer to this question. A bear market can last for just several weeks. It can span over multiple years too. It is identified due to lower than average returns for s sustained period. You may be able to estimate better after knowing the various types of bear markets. 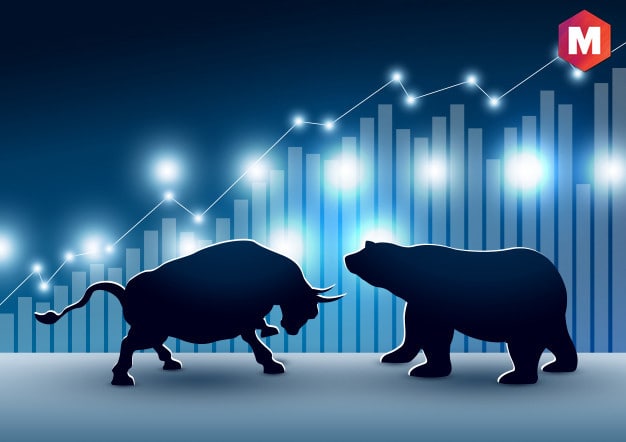 There are two types of Bear markets. Here we list both of them.

A secular bear market occurs due to a long-term economic condition prevailing in the market, primarily due to domestic policies. These can have long-term effects on an economy, often leading to doubtful investors who aren’t ready to take heavy investment ventures.

Some steps such as high interests levied on bonds and treasury bills may trigger people to invest in these tools rather than in the stock market. This would reduce the investments, leading to a bear market situation. An example of a secular bear market was between 1983 to 2002 in the United States, when it saw the Do Com bubble.

A cyclical bear stock situation arises due to reasons such as a business cycle fluctuation. This usually occurs every 7-10 years in an economy. Markets tend to adjust after a long period of boom and hence a cyclical bear. This is a joint event in a country; falling prices of the stocks adjust themselves in a few months. It often leads to positive behavior regarding stock market investments.

An example of a cyclical bearish market was the global economic crisis of 2008-09 due to the overinflated housing assets bubble in America.

Consequences of a Bear Market

A bear market often leads to a rise in pessimism among investors and a recessionary trend. The investments undertaken tend to fall significantly, leading to businesses facing a monetary crunch. This, in turn, reduces their output.

Along with this, major unemployment issues accompany a bear market situation and a downtrend in the price levels leading to deflation. All this is a significant indicator of recession.

How can the Bear Market situation be handled?

Though the bear market situation seems to be a tricky situation to cope with, the investors mustn’t panic and hold the funds invested. This will also help them escape short-term losses and lead to long-run profits once the economy adjusts.

A responsible and planned behavior from both the companies and investors can help the economy beat the bear market and adjust itself faster.

All in all, it is clear that a bear market is a situation that occurs because of a consistent fall in the stock market value, and in such situations, investors like to withdraw their money from a bear market and wait until the declining trend reverses.

However, bear market situations should not cause investors to panic, as markets are bound to do automotive adjustment in the long run by letting them escape short-term losses and get long-run profits via long-term capital gains and dividend pay-outs.

Now, on the concluding note, we hope you would have understood the scenarios of a bear market as well as a bull market.

How would you differentiate both of these- bull market and bear market in your own words?