Home » FINANCE » What are Bean Counters? – Definition and Origin

Definition: Bean counters can be defined as the people who are responsible for making government or corporate financial but they are firm on not spending money.

Bean counters are accountants who like to control expenditure by severely limiting the amount of money spent. If someone is a Bean counter, he is most likely to be working as an accountant in a big company and looking after its financial affairs but does not like and permit its employees to spend much money in an attempt to save money

Even though the term bean counter was coined for accountants, it is mainly used for people who pay more attention and emphasize the material things and not their human aspect. They thus, “count the beans”, nitpick the small things and not the people and their hard work.

For example, the auditor’s suggestion of running a training program from January to October to train the employees for new trends and practices would not be considered cost-effective by a bean counter.

The English language word seems to have originated from the United States, where it was printed in a newspaper in 1907 for the first time. But, its origins are believed to be in the areas where the cultivation of beans took place.

People there used these words for the accountants who worked for the big ranchers. Since then, it has become a popularly used phrase used in American and English-speaking nations worldwide. Bean counting has been often seen as a term used to insult accountants and finance professionals. People often call them “simply bean counters” and undermine their work as just counting things.

The colored beans were used for voting. White beans put in a bag would mean a vote to a particular representative. Black beans would mean the vote to the other one. So, indeed the beans played a good role in bringing up the first-ever democracy of the world. But, it quickly vanished. The process was replaced by roll calls, ballets, and many other things used for voting.

But, there you have it, bean-counting in a literal sense. The next record of using the phrase was for those accountants who used to count the things they were paying for rather than their actual worth and the requirement. A context in which the word bean-counting is mainly used today.

The term has many different contexts and meanings attached to it. However, the ordinary meaning is related to a pedantic accountant. One buys beans only after knowing how many are there in the bag, even though beans are bought by counting the bag. In short, they want to know the exact number for which they are paying.

Moreover, bean-counting nowadays is referred to broadly as the technique of measuring the growth of a particular company or organization or even a nation by focusing on numbers that may or may not be related to the actual growth. Just as a company’s growth can not be measured only by its profits or its expenditures, counting on a few numbers cannot help determine anything’s growth.

For example, if you need to find out the country’s growth in the past few years, its GDP or its national income might not be the best measure to find it out. You need to know the growth in terms of education, health services, the standard of living, the poverty line, and so many other things that portray the country’s real situation. Thus, “counting the beans” isn’t sufficient.

Lately, Bean counting has not been seen as an effective and efficient way to handle things. It is an outdated technique of accounting and also led to inefficiency. 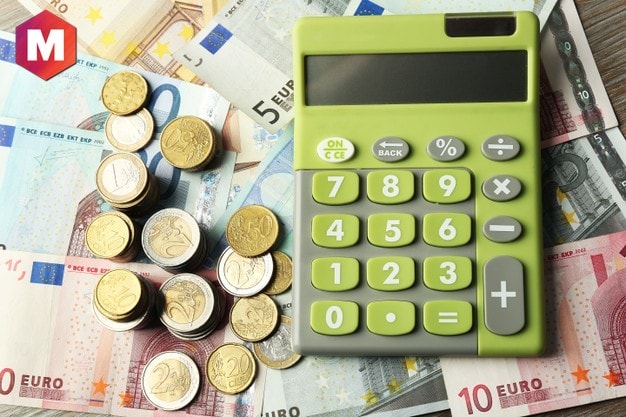 For more than a century or two, the world has seen a huge amount of change both in earning money and spending it. With “westernization” taking over all of the modern world economies, one thing that has occupied economists’ brains is manipulating people like things.

So, most of the world’s economics was being followed with the principles of bean-counting. Largely dependent on numbers and worldly gains, bean-counting became the norm to measure the growth of a company or an organization or even a nation.

This made sense till the time we made huge economic gains from it and could keep up with the thought process. The bean counters, economists, accountants, and all the green-eyeshade people were the leaders and torchbearers. All because they were good at counting things. The world followed their principles, and economics was on their side. The world soon became adapted to this and started following the bean counters.

It isn’t that bean-counting is wrong. Counting and keeping track of things is always excellent and informative. But, we need to know what is working and what isn’t.

The issue with bean-counting is about what is being counted. It focuses on counting several unnecessary things rather than counting the dimensions of life that make the standard of living good.

In today’s economy, it is possible to determine the growth in terms of satisfaction of the consumers, the delight of the employees, comfort, and many other closely related things. But, bean-counting rather depends on counting the beans.

Why is Bean counting outdated?

Bean counting resulted from a particular viewpoint that saw the world as a collection of “things” that could be manipulated.

Like what we still see, some people relate happiness with money, satisfaction with the position that he holds in a company, and happiness with the size of his car or his house. The same is the case with bean-counting.

And that is precisely why bean-counting is outdated. Today we have tools and techniques to measure happiness, satisfaction, and many other parameters. And these are much better points to focus upon rather than counting some materialistic things which can never totally depict the best and the accurate picture.

Bean counting can’t last very long. Though, the bean counters won’t accept that the economic foundation of this approach is wrong and that it could collapse one day.

The effects have started being quite visible. The gains have stagnated. Many noticed this early and started covering up the damage with “financial engineering” and various other “accounting tricks”. Well, all of these didn’t work as well.

Business schools, consultants, and textbooks still press ahead with downsizing, cost-cutting, outsourcing, and other techniques. Well, as we all know, bean-counting was never the right approach. With bean-counting techniques used in companies and businesses, we can notice executive turnovers accelerating. The life expectancy of the firms also seems to decline from 50 to 15 years and is further expected to decline to 5 years.

The median income also seems to have been stagnant over the past decade. The net worth of many companies has declined. The problem of unemployment has grown with no leaps and bounds whatsoever.

Even though these statistics are mind-boggling, they aren’t openly discussed. But, things are changing slowly. Companies are heading towards modern economic practices, which is a positive sign.

The plus points of today’s economics-counting the right things!

The new and modern economics also counts the beans, but not only beans. And that is a significant difference that it has brought up. Modern economics counts people as dimensions along with the beans. And even according to the conventional bean-counting techniques, the new economics is much more productive and efficient in measuring the organization’s growth than the traditional techniques.

There is a new economic perspective, a new social scenario coming up. The new way of thinking and perceiving the various happenings is exactly the change needed. With the new way of speaking and acting, effectively we are bringing up a whole new world. A world full of positivity and looking forward to growth.

This is indeed a revolution to make the world run differently. Our focus is shifting towards the more essential things that matter in our road towards success and growth. This will make the companies and the organization prosper, but the nations and the world to grow.