What Is Accrued Revenue?

Definition: Accrued revenue is defined as the revenue that is recognized by a business but its invoice is yet to be billed to the users and hence payment is not realized yet. It occurs when the business provides services or goods to a party, but the actual payment is yet to be received. Accrued revenue is different from bills receivable, as the debtors are not yet invoiced or billed by the business for payment for the services.

Accrued revenue is the revenue that the business has earned for services rendered or goods provided but for which no payment has been received. It is a product of the revenue recognition principle that asks businesses to record revenues in the same accounting period in which it is earned.

It is recorded with an adjusting journal entry that is used to recognizing those that would otherwise not appear in the financial statements at the end of an accounting period. This means that accrued revenue in the books becomes accounts receivable as soon as the customer is billed for the services rendered.

As per this principle of accrued revenue or accrual accounting, revenue needs to be recognized in the accounting period when it is earned.

According to this principle, expenses are generally paired up against revenue with the help of the matching principle from GAAP (Generally Accepted Accounting Principles).

As per the accrual-based accounting concept, the revenue should be entered into the financial statement when the transaction occurs and not when the cash is received later for the services rendered. Accrued revenue can also occur if, by luck, there is a delay between the sales and the receipt of payment. Some of the common examples of accrued revenue can be-

Loans: When a company offers loans to other individuals or businesses

Long-term Projects: While handling long-term projects, revenues can be booked as per the ‘percentage of completion method’

Milestones: While handling a large order, businesses book revenue as per the milestones met

Accrued Revenues In Cases Where The Business grants loans 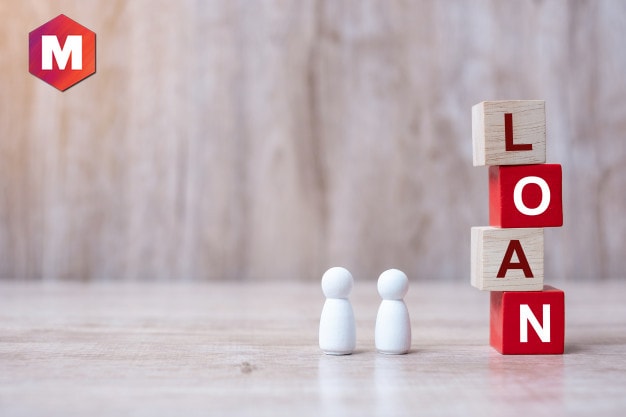 Businesses grant loans to other parties to collect interest on the amount of the loan granted. The interest may be received only yearly or bi-annually. Still, the firm can report the accrued revenue every month or quarter if it so desires, thereby painting a better picture of the business in the published financial statements. This has been one of the longstanding criticisms for accrual-based accounting, as it can sometimes portray a somewhat misleading picture with regard to the company’s financial health.

For instance, Company X receives $12,000 interest annually on the loan it has granted to Company Y. The company can report this as $3000 earned per quarter under accrued income in their financial statements, even though the actual amount may be received once per annum at the end of the year. When the total amount is received at the end of the year, the total sum under the heading of accrued income is transferred to the cash balance.

Accrued Revenue When Business Is Involved In Long-Term Projects

When a business is involved in a long-term project, it may elect to record the income from said project based on the percentage of completion method. In this scenario, the company is allowed to record revenue based on the project’s completion rate.

Let’s assume Firm X is working on a project worth $4,000,000. To this effect, the company is willing to incur $2,000,000. So when the company has spent 1/4th of its budgeted expenditure ($500,000), it will be eligible to record the equivalent part of income, i.e., 1/4th (which would translate to $1,000,000) into its books. The company receives the payment in its entirety at the end of the project. When this occurs, all accrued income is transferred to the cash balance of the firm. In other words, cash balance increases, and the assets (income accrued) reduce.

Let’s take an example of a processor chipset manufacturing firm. Suppose it has to manufacture and sell 10 million processors for a particular brand over a year, and it receives a certain fixed amount when the contract is fulfilled. In that case, it can record revenue quarterly or even monthly under accrued revenue based on price per chipset and when a certain number of chipsets have been delivered. The actual amount will be received in its entirety by the firm when the contract is finished. When that happens, the firm will transfer previously disclosed income under accrued revenue to its cash balance in the balance sheet.

Accrued revenue is crucial for firms such as financial institutes that generate income from lending to big manufacturing firms involved in bulk orders and annual contracts. Caution is advised for stakeholders, business analysts, and potential investors, as accrual-based accounting and accrued income are susceptible to abuse by a company’s management to paint a deceptively healthy financial picture of the firm.

The alternative is the new cash-based accounting method, which is almost exclusively used for personal finance and very small businesses. This method is much more upfront about when the company receives a cash payment from its debtors. However, this method can prove to be rather degrading to a firm’s image as it can give investors and stakeholders the impression that the company goes for long periods without generating any income.

Companies that use cash-based accounting do track the bills issued to customers; however, such firms cannot mention it on the balance sheet until said bills are paid by the debtors, which can leave the company high and dry at the altar should the debtors delay the payments owed to the firm.

Accrued revenue, as mentioned before, is a method used under the accrual-based accounting method. It has its nuances, which investors and stakeholders should be aware of.

Generally, it is used in the service industry in which contracts for services might get extended for many accounting periods.

Now, after understanding the concept, what will be your definition of accrued revenue? Share with us in the comment section below.