What is an Accrued Income?

Definition: Accrued income is defined as an income that a company, individual, or organization will recognize and record in its journal entries at the time when it is earned before the receiving of the cash payment. For instance, a company ABC records sales revenue even though it has not received cash from the customer for the offered goods and services.

Accrued income is the income that the company recognizes as a means of revenue. It is an income statement where the cash is not received at the present moment but will be paid on a future date. It is recorded in the company’s bookkeeping. There are times when the company records sales revenue despite not receiving cash from their customers at that specific time.

Accrued income is the accounting term for the income that is due to be paid in cash. The business earns it, but the cash to be received is scheduled shortly. You may understand it as the money that has been earned but not received yet. Some of the examples can be mutual funds or other pooled assets that combine income over a period of time but make payment to shareholders by accruing their income.

It is associated with the businesses that receive interest incomes from investments while accrued revenue talks about the businesses that perform services or work on projects that have different billable elements. Though both these terms are technically different, they are used interchangeably by businesses involved in delayed billing.

According to the basis of accrual accounting, all the income generated but no cash inflow is recorded, also acknowledged as an income. These incomes are classified as an accrued income. In the bookkeeping, the adjustment is made for the accrued income account despite not being a cash transaction at the present moment. Recording such financial statements in an accounting period is essential for a company. It is because it helps in keeping track of the company’s current financial position.

How is Accrued Revenue Recorded?

Accrued interest income is recorded at the time when the financial event occurs. It estimates an amount that is to be received by the company at a later date. Hence Accrued income is treated as an asset.

Recording of accrued revenue occurs in the financial statements by using an adjusting journal entry. The accountant will debit an asset account for accrued revenue that will later be reversed at the time when the exact amount of revenue will actually be received crediting accrued revenue. 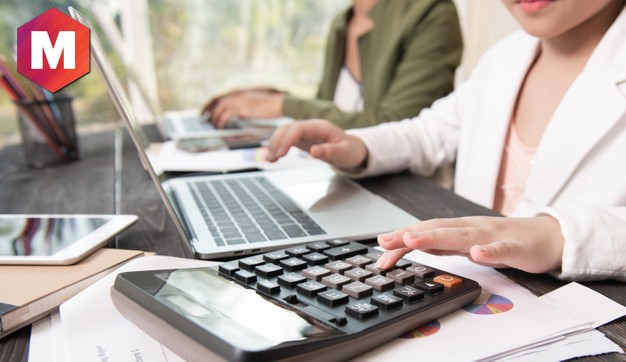 Assuming there is an X company, which provides landscaping services all year round. And they charge payment after the completion of the service term that could be after six months. The X company does not receive any payment but provides services till the agreed time.

Now the X company, in their bookkeeping, is recording monthly income for the following six months. They are not receiving the cash at the moment, but the company knows that the payment is to be made at the term-end by their clients according to the contract. Hence in the company’s book, the monthly income is recorded as the accrued income.

After completing six-monthly services, the X company sends over the receipt to their client for payment. This payment is now adjusted as the revenue earned by the company. When cash is received, the amount is credited to the accrued income, and subsequent debit entry is made. Hence the accrued income is now recorded as zero for that client.

Accrual accounting is vital to provide a realistic overview of the company’s financial position. Under accrual accounting, all the events and activities of financial nature are recorded whether the cash exchange has taken place.

A company that is supposed to receive income in the future date for its service and goods is recorded in the balance sheet. Through this record, it becomes easier for the company to assess its monthly performance. The company also gets accurate knowledge about its financial activity. Through such records, it also becomes easier to take other important financial decisions related to the company’s progress. Accrual income also reflects the potential of good cash inflow. Hence this reflects an excellent financial position of the company.

Both accrued and outstanding income are the type of income that earned by the company but not received the cash. Both of them are shown on the asset side of the balance sheet.

There is a slight difference between both accrued and outstanding income. Accrued income is income that is earned and not due to the business. The accrued income is calculated on a regular basis. Also, there is no legal right to force the customer or client to pay it instantly.

On the other hand, outstanding income is the income that is earned and is due to the business. The company has the legal right to receive the money immediately from its customer or client.

A balance sheet depicts the financial situation of a company or an organization. Accrued interest income in the journal entry is treated as an asset and appears on the asset side of the company’s balance sheet.

It is recorded under the current asset. An increase in the amount of income accrued indicates the excellent performance of a company.

Accrued interest income is recorded on the asset side of the balance sheet. At the time when it is recorded indicates no cash inflow. It is important to show this on a balance sheet because it helps the company make any financial decision. Having a piece of accurate knowledge about the company’s health will assist the directors in taking a step ahead.

Now, after understanding the concept, how would you define accrued incomes? Share your definition with us in the comment section below.