The payer is someone who use the cheque to pay against the services received by him/her from the payee. A bank account is a financial account maintained by a financial institution for the customer. There are various types of bank accounts such as savings, current, recurring deposit and fixed deposit account.

The norms for a cheque differ country to country but followings are the common things mentioned on a cheque :

Bank name is mentioned on the top left corner of the bank which means that the person has the account with the mentioned bank.

Date section is mentioned on the top right corner of the cheque. A cheque will remain valid for 90 days from the date written on the cheque.

Name of the payee

Name of the person, to whom the cheque is concerned, is written in this section.

Name or the financial account number of the payer is mentioned in this section.

In this section, payer marks his/ her signature to validate the cheque.

There are a few things mentioned below that one must know about cheques.

Followings are different types of cheques 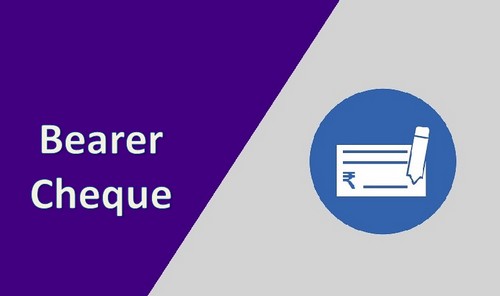 A cheque is called bearer cheque when the “bearer” written on the right of the cheque is not canceled or marked. The term “Bearer” mentioned on the cheque means that the one whoever is in the possession of the cheque can withdraw it. Therefore, these types of cheques are risky in nature. If a bearer cheque is lost, it can be encashed by the person who finds it. Therefore, it is the same as cash in nature and is advised to handle carefully, because banks don’t verify the identity of the person. There is no need to mention the name of the payee on a bearer cheque or “Pay to the order of cash” can be written at the place of payee’s name. 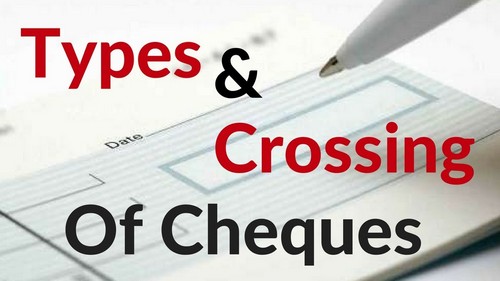 A cheque is called crossed cheque when two parallel lines are drawn on the top left corner or top right corner of the cheque. Additional words like “& CO.” or “Account Payee” or “Not Negotiable” can also be mentioned along with two parallel lines. This cheque cannot be encashed on the bank’s counter.

It can only be deposited in the bank account of the payee. Therefore, these types of cheques are considered the safest types of cheques. A payee must have a bank account to encash crossed cheque and it is advisable to write the same name as payee has on his or her bank’s passbook. In case of wrong spellings or unreadable handwriting, the cheque will not be accepted by the bank.

A cheque is called anti – dated cheque when an earlier date is mentioned on the cheque than the date it is brought to the bank. These types of cheques remain valid for the duration of 3 months, after three months these types of cheques become invalid and cannot be encashed. Therefore, it is important to write the correct date on the cheque and encashed it before the duration of three months. 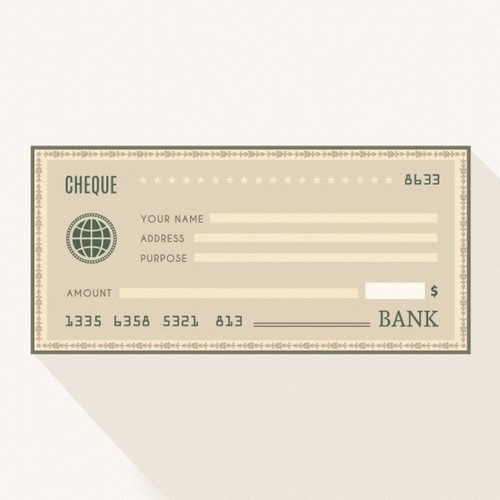 A cheque is called mutilated cheque if it is torn in two or more pieces. Usually, a bank does not accept mutilated cheques. However, in some special circumstances (when the cheque is mildly torn), the bank needs confirmation from the payer before crediting these types of cheques.

Also Read  What is Debt Capital? Definition, Types and Examples

It is mandatory to maintain sufficient balance in the bank account, at least the amount of the cheque to be deposited. For example, your bank balance is $100 and you have written a cheque of $90 to someone. The person can easily withdraw the $90.

But if you have only $89 in your bank account, then the cheque will not get cleared and the phenomenon is called Cheque Bounce. Frequent Cheque bounce can hamper your financial credibility.