Home » Management articles » Top 15 Most Powerful People in the World

Real power does not just control resources or influences others but is a combination of both as it can easily shape the world through absolute brilliance. There are only a few individuals whose decisions have both direct and indirect impact on millions of people and who have the actual clout to bring about political or economic changes on a global scale.

Billions of human beings occupy the Earth and to choose amongst them the top 15 most powerful people is not an easy task. Some of them are obvious choices because of their impact on a global scale, and some have carved themselves a niche place because of hard work and sheer presence. 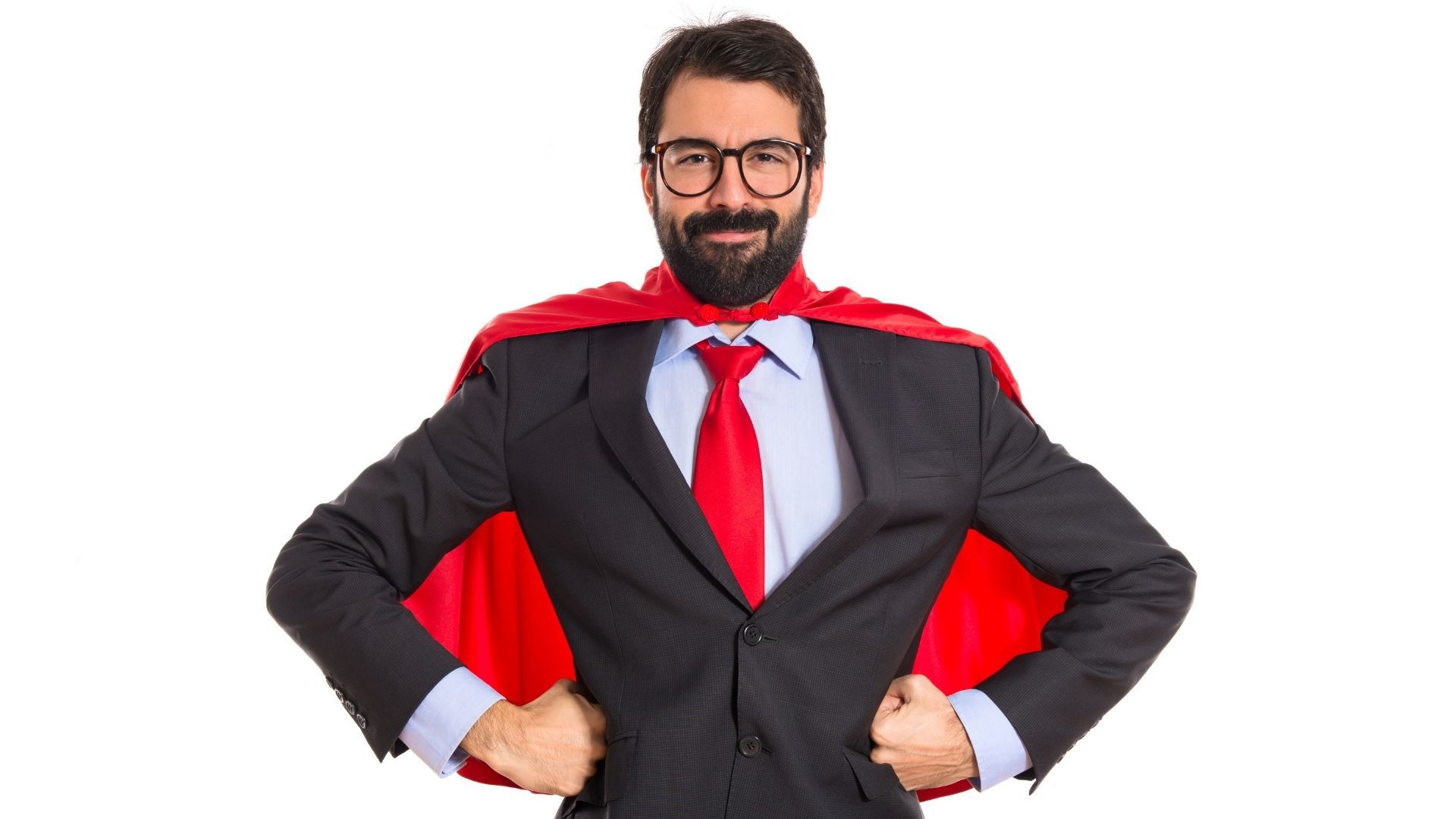 There is no doubt about the fact that these top 15 are some high-profile personalities who have made their action count in the scheme of the things. Some of them have a cult following that is unprecedented, and others are considered an integral part of the elite group and are repeatedly featuring in the list. 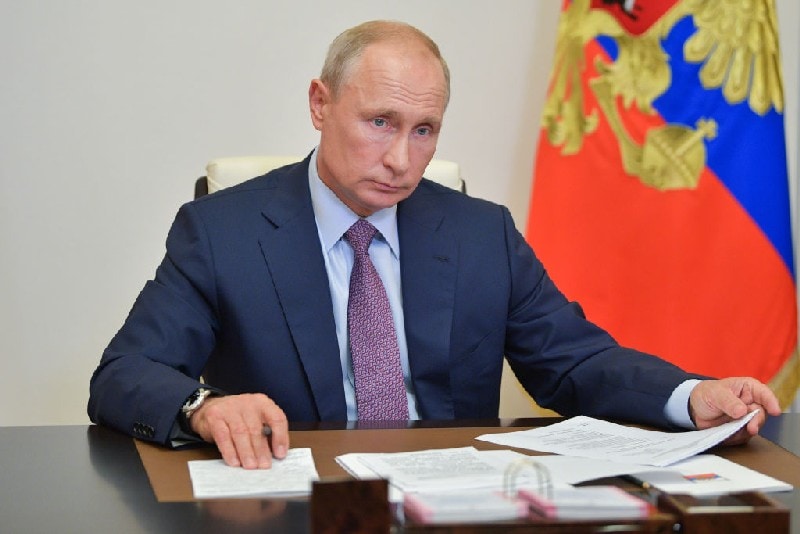 Vladimir Putin is one of those remarkable personalities who has been on the list of 15 most powerful people in the world for several years.  Born on 7th October in the year 1952, he was initially an intelligence officer in the Russian army.

Vladimir Putin has been acknowledged as one of the most influential leaders Russia has ever seen. During his first term as President, the economy increased at an incredible pace because of effective fiscal and economic policies.

He has been voted as the most powerful person in the world consequently from the year 2013 to 2016 and exerts tremendous authority in the world arena. His popularity rating is at an all-time high, and his presence can be felt in shaping several outcomes in the world. 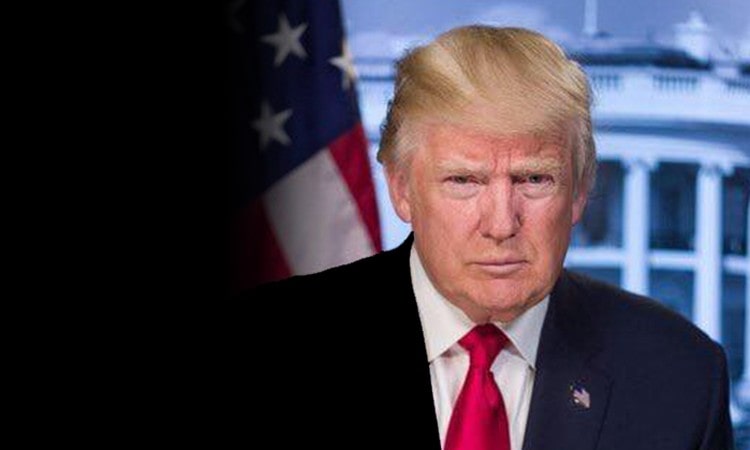 As per the latest reports from Forbes, the net worth of Donald J Trump in the year 2020 is estimated at 2.1 billion dollars. Born on 14th June in the year 1946, he was initially a popular television personality and a high profile businessman, who took charge of the real-estate business of his family in the year 1971.

Trump took part in the presidential election of the year 2016 as a candidate for the Republican Party. After gaining victory over his opponent, Hillary Clinton became the 45th President of the United States of America.

Trump has gained immense fame in recent years as he imposed travel bans on several countries, made the immigration policy stricter and followed a policy called America First where Americans will be given priority over people from other countries. 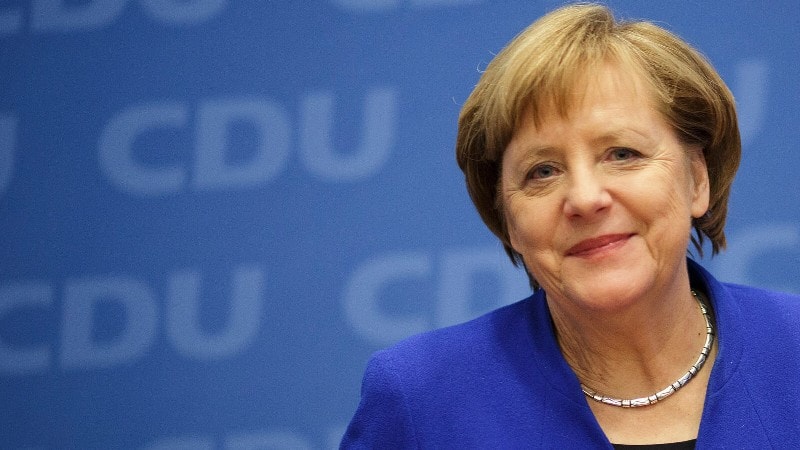 Angela Merkel has been referred to as the most powerful woman in the world and by some also as the leader of the free world. Born on 17th July in the year 1954, she worked as a research scientist until the year 1989. Later she entered politics and slowly and steadily gained prominence as one of the most remarkable leaders of her times.

Angela Merkel has been the leader of CDU (Christian Democratic Union) from the year 2000 and the first female Chancellor of Germany since the year 2005. In the year 2018, she was re-elected for a record fourth term. She was appointed as the President of the European Council in the year 2007.

She had a prominent role to play in negotiating the Berlin Declaration, The Treaty of Lisbon, fortifying transatlantic economic relations, managing the financial crisis at international and domestic level and encouraging health care reforms at national levels.

She has been acknowledged as the ultimate force that steered Germany back to growth and prosperity through her policies and reforms. 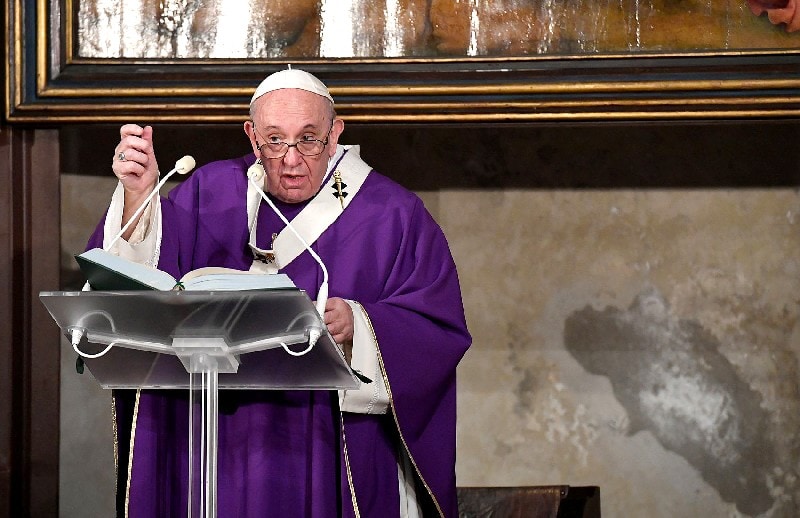 The power lies in the chair he occupies no doubt but the current Pope of The Roman Catholic Church, Pope Francis has proved himself as one of the most influential religious leaders in the world. Born on 17th December in the year 1936, he is the sovereign of the Vatican City and the head of the Catholic Church.

Pope Francis has been seen as a reformist as he gave the priests power to forgive females who had abortions, which was considered one of the major sins by the earlier spiritual leaders.

He has been a keen spokesperson for bringing about reforms related to climate change, stopping the persecution of religious minorities and better treatment of refugees all over the world. 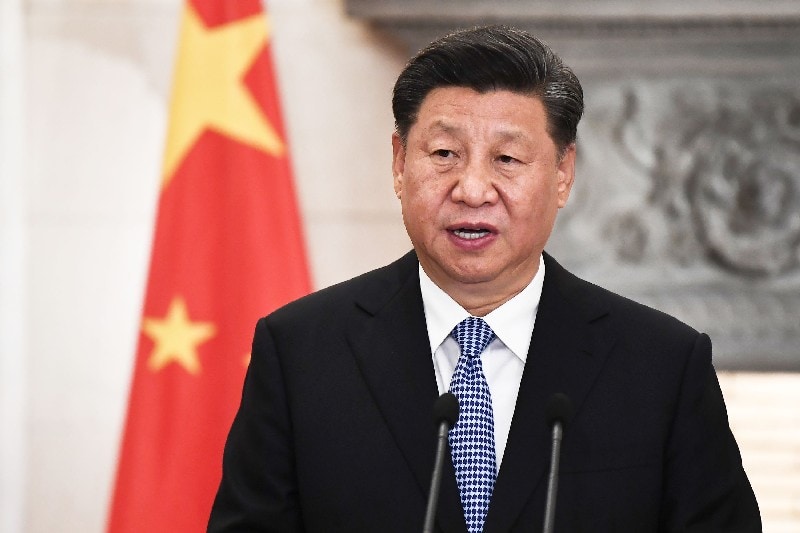 Born on 15th June in the year 1953, Xi Jinping is the supreme leader of the only political party the Communist Party in China and the President of his country. He is widely acknowledged as one of the top 15 most powerful people in the world because of his domestic policies and firm stand in the international arena related to global trade.

Xi Jinping has undertaken several leadership positions by centralizing the institutional power in China. He has been the ultimate force behind social and economic reforms in China.

He has encouraged Chinese investments in most parts of the world and has a hand in modernizing and restructuring in his country. Although he has been declared a dictator by some of the other countries, his fame and popularity remain on the rise amongst his countrymen. 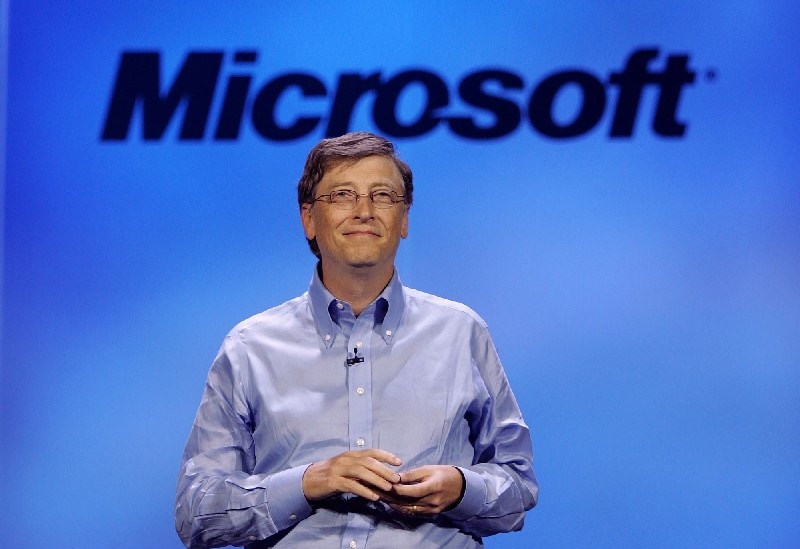 He is an American origin business magnate, investor, software developer, entrepreneur and now a full-time philanthropist. The co-founder of Microsoft Corporation has been acknowledged as the power behind the microcomputer revolution that took place in the 1970s and 80s.

Bill Gates currently chairs the most important private charitable foundation Bill & Melinda Gates Foundation, which works to improve global health and create equal opportunities for people all over the world.

In May 2020, the Gates Foundation has declared that it would be spending an estimated 300 million dollars in fighting the Coronavirus pandemic through funding related to detection, treatment and vaccines. 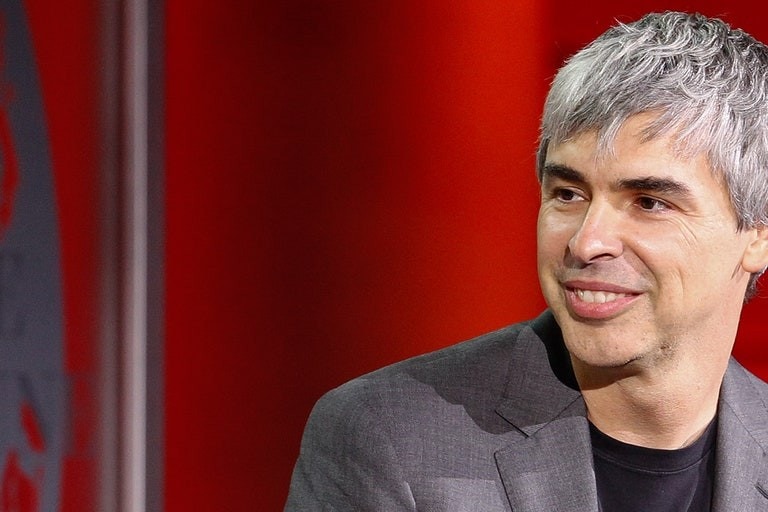 Born on 26th March in the year 1973, Larry Page has gained popularity as the co-founder of Alphabet Inc, Google and PageRank. He is also the founding investor in Planetary Resources, a space exploration company along with start-ups Kitty Hawk and Opener.

Larry Page is often described as an American origin internet entrepreneur and a brilliant computer scientist.

As per Forbes Larry Page is the 13th wealthiest person in the world with a net worth of 65.2 billion in the year 2020 and has entered the list of the top 15 most powerful people in the world. 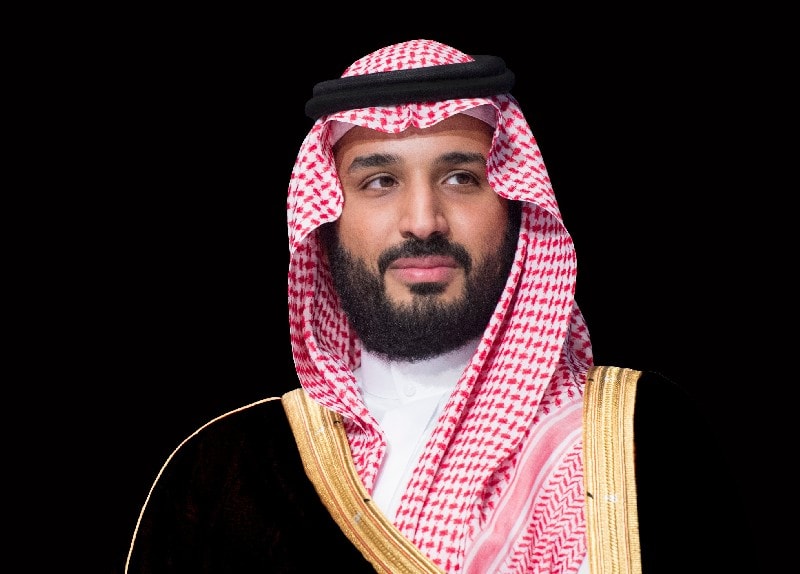 The crown prince of Saudi Arabia, Mohammed Bin Salman Al Saud enjoys immense power in both domestic and international level. He has been in the list of top 15 most powerful people in the world for a long time. His father remains the king of Saudi Arabia, but he is the real power and absolute authority behind the throne.

Born on 31st August in the year 1985, Mohammed Bin Salman Al Saud is the current deputy prime minister of his country and chairs several prominent positions like Defence as well as Political and Security Affairs.

He has restricted the powers of religious leaders, weakened the male guardianship system and removed the ban on female drivers. The prince has gained immense popularity as he has brought about numerous reforms in his country. 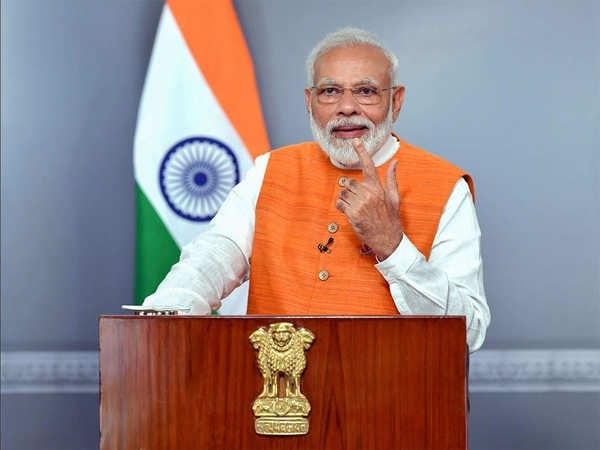 Born on 17th September in the year 1950, Narendra Damodardas Modi has emerged as a prominent figure in the world in recent years. He occupied the position of the Chief Minister of Gujarat from the years 2001to 2014 and since then was elected as the Prime Minister of India in the year 2014 and again in 2019.

Narendra Modi occupies a strong position in the list of top 15 most powerful people in the world because of enormous popularity amongst the masses. He unexpectedly announced plans to eliminate two of the largest banknotes of Rs 500 and Rs 1000 to reduce money laundering. He is credited with the launching of the Sanitization campaign for the welfare of the common masses, especially those living in rural areas.

He has revoked Article 356 which gave special status to Jammu and Kashmir and recently has emerged as a strong force in the international arena because of his efforts in fighting the Coronavirus pandemic. 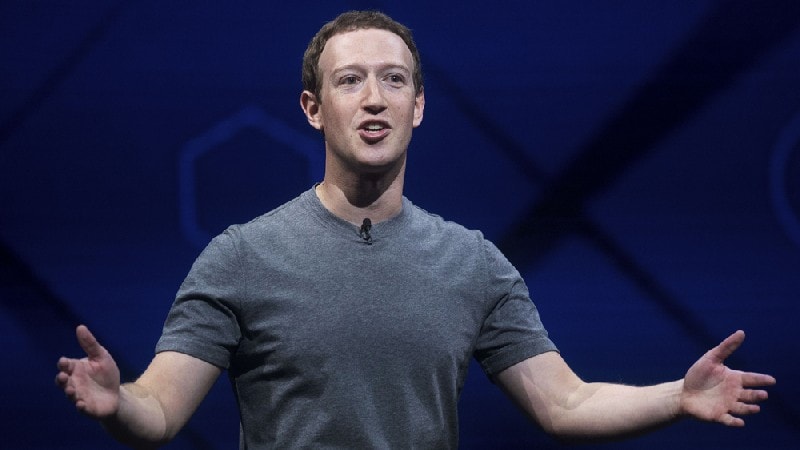 With a net worth of 86.7 billion in the year 2020, Mark Zuckerberg has been acknowledged as one of the top 15 most powerful people in the world. Born on 14th May in the year 1984, the American has been described as an influential philanthropist along with a dominant media magnate and internet entrepreneur.

Mark Zuckerberg is the co-founder, CEO, controlling shareholder and chairman of Facebook Inc. He has also been credited with co-founding Breakthrough Starshot, a solar sail spacecraft development project. He has been actively involved in philanthropy activities through The Chan Zuckerberg Initiative. 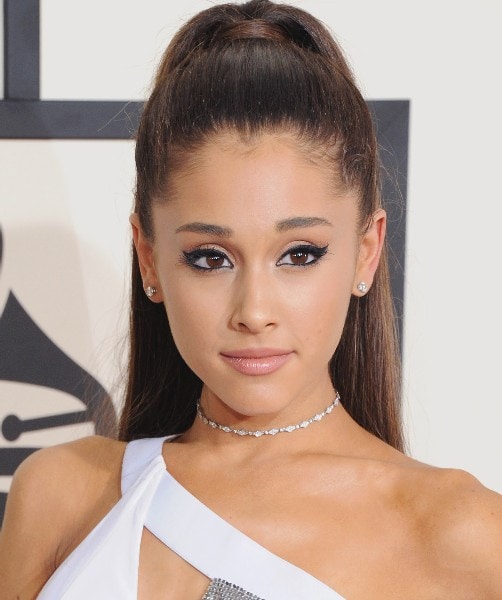 The Grammy-award winning pop star has entered the list of top most powerful people in the world because of immense fan following on social media. She has been a supporter of LGBT rights and is considered an outspoken feminist working for the empowerment of women.

Born on 26th June in the year 1993, the American songwriter and singer have been the recipient of various accolades and numerous awards like eight Guinness World Records, five MTV Video Music Awards, three American Music Awards, two Billboard Music Awards and one each of Brit Award and Grammy Award. 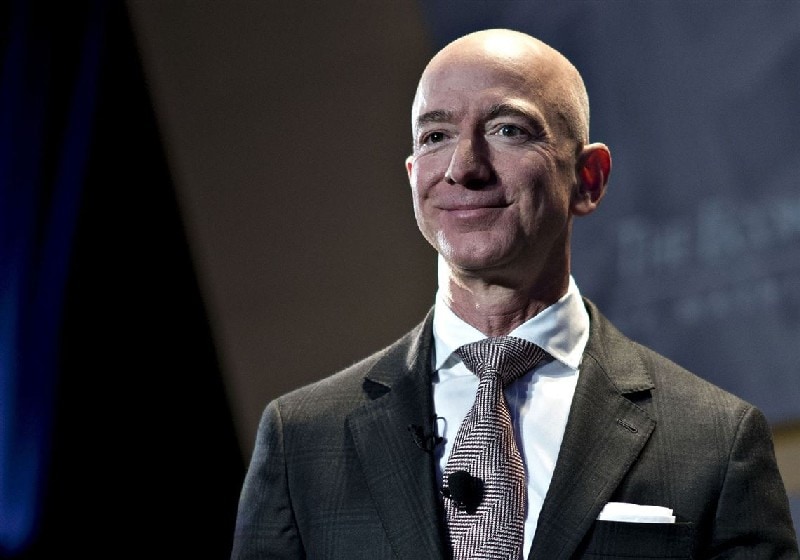 Jeff Bezos is an American origin industrialist, investor, media proprietor and internet entrepreneur born on 12th January in the year 1964. He has gained entry in the list of top most powerful people in the world because of his popularity as the founder of multinational company Amazon. With a net worth of 158.2 billion in the year2020, he has been acknowledged as the first centi-billionaire on the wealth index by Forbes.

Jeff Bezos started Amazon as an online book store and from there has made it the most extensive online company in the world based on sales, revenues and provider of virtual assistants. He is also the founder of Blue Origin, a high-profile company aerospace manufacturer and is the owner of a major newspaper in America The Washington Post. 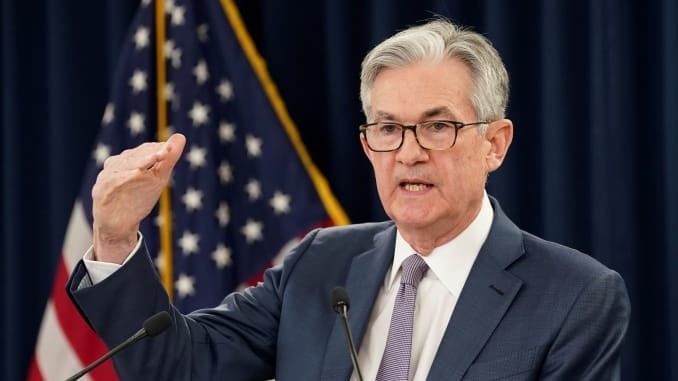 Born on 4th February in the year 1953, Jerome Powell currently occupies the top position as the 16th Chair of the Federal Reserve. He was nominated to this position in the year 2018 by the President of United States Donald J Trump.

In his early years, Jerome Powell worked in the field of investment banking and over the years has worked for a few of the significant financial institutions. As the current Fed Chief, he has been acknowledged as one of the topmost powerful people in the world. He holds the key to the largest economy in the world and has a say in running of the printing presses for its reserve currency. 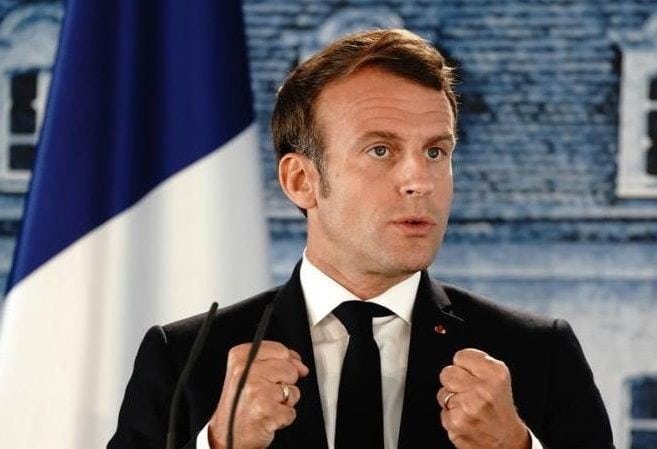 Born on 21st December in the year 1977, Emmanuel Macron has occupied the office of the President of France since the year 2017. He is the youngest President in French history to do so and occupies a spot in the list of top most powerful people in the world

As the leader of the third-largest economy in Europe, Emmanuel Macron is considered a powerful force. After coming to power, he has signed several labour reforms that are considered controversial by traditionalists. The companies have been given more power in the hiring as well as the firing of employees. 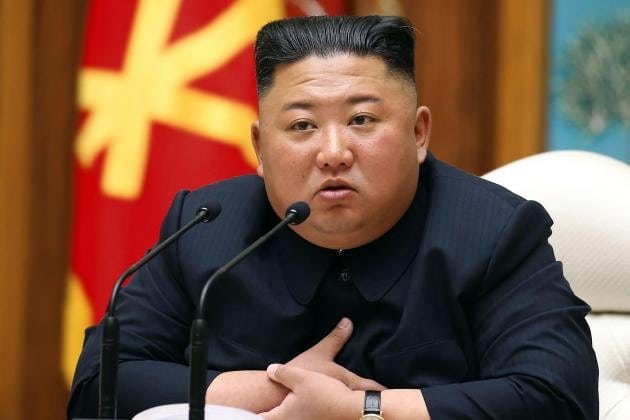 Kim Jong-un is one of the topmost powerful people in the world and has absolute control over the estimated twenty-five million people living in North Korea. In a significant move, he agreed to hold talks with South Korea.

He has expanded the nuclear program of his country and presided over several tourist attraction and construction projects.

The list related to the most powerful people in the world puts focus on influential people from fields like politics, business, entertainment, sports, education etc.

They are prominent individuals who have yielded unimaginable influence on the world, and their contribution has been nothing short of spectacular.